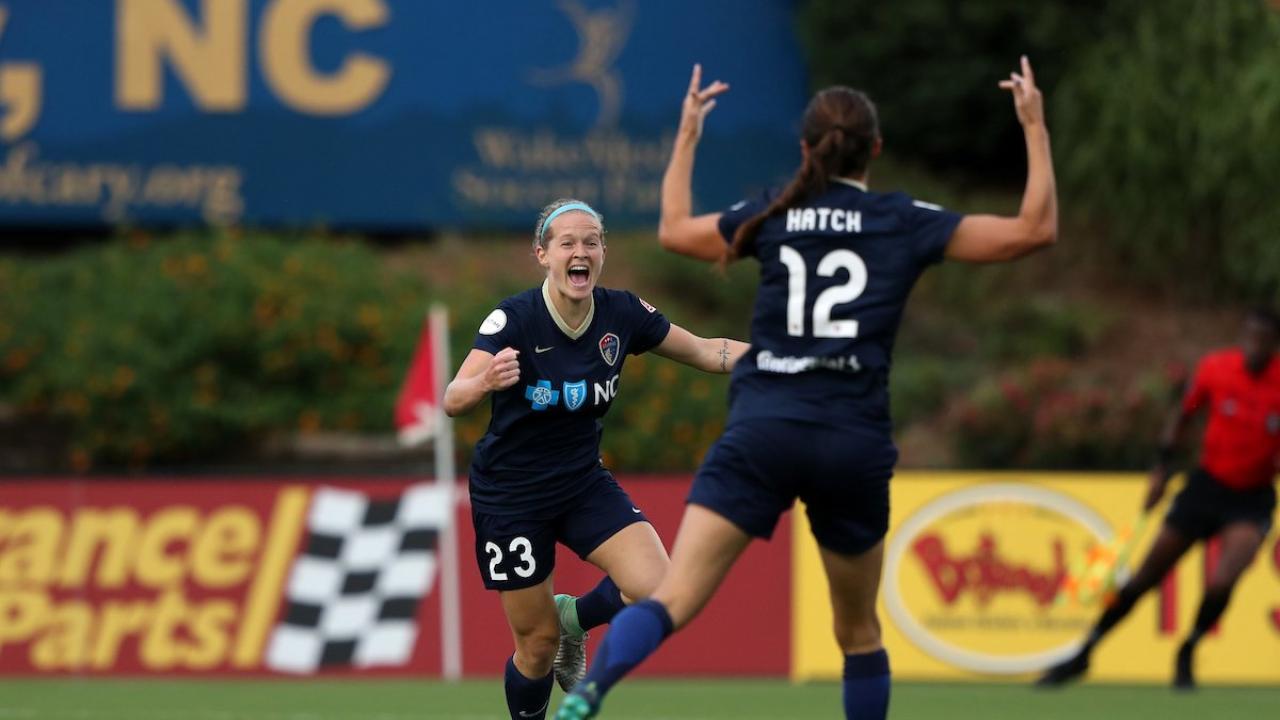 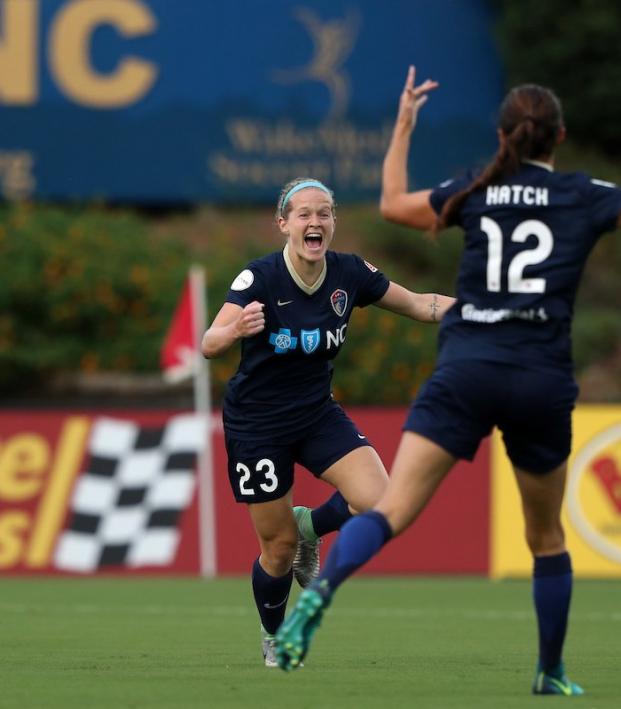 Kristen Hamilton couldn’t believe it: less than three minutes into her first career start in the NWSL, the high press of the NC Courage paid off when teammate Sam Mewis played her in to slot past the keeper.

Then, 10 minutes later, she doubled her team’s advantage as the ball fell to her feet after a scramble in the box and she made no mistake slamming it home for her second career goal.

“I almost don’t have words to describe it because it’s so different than what I’m used to,” Hamilton told The18.com this week.

A star in college at the University of Denver, Hamilton, 25, had to bide her time after being drafted by the Western New York Flash with the 36th pick in the NWSL draft.

After starting all 88 matches in college, where she was named WAC Player of the Year and a first-team All-American, she tore her ACL in preseason training before her first pro campaign.

Since then, Hamilton has been relegated to appearances off the bench with the Flash, who became the Courage this year, playing behind the dynamic duo of Jess McDonald and Lynn Williams.

With McDonald and Williams both out with injury, Hamilton finally got her chance to start a professional match.

“I guess my first initial reaction was a little nervous,” Hamilton admitted. “But I was so excited. I’ve been waiting a while to get the opportunity to start a game. It had been a while. Just excited I guess mainly to see what I could do. I knew I fit in the team but just to see it all played out.”

It didn’t take long to find out what she could do against the Boston Breakers, scoring in the third minute.

“To be honest, it happened so fast, I was not expecting something like that to happen,” Hamilton said. “We work on our press all the time. We won the ball really high up the field.

“It was just really exciting. I did not expect that to happen hat fast. it was a really good icebreaker.”

Hamilton left Denver as the school’s all-time leader in points with 138, so she’s no stranger to finding the back of the net, even if this was her first NWSL goal.

She proved it with her second.

“Sam Mewis was the first to grab me and celebrate with me and she was like, ‘Are you kidding me?’” Hamilton said. “It was a surreal moment. In my head I was like, ‘Let’s keep going and keep pushing for more.’”

NC got one more, through Hamilton’s striker partner Ashley Hatch in the 38th minute. The win helped keep the Courage on top of the NWSL standings.

After the match, Hamilton was named player of the game.

While NC coach Paul Riley wasn’t quite sure what to expect from Hamilton and Hatch going into the match, he knew he had something special in Hamilton.

“She’s a very clever player and I don’t think anyone realized how good she was,” Riley told Excelle Sports after the game. “She got us three points tonight and we’re really happy for her.”

For Hamilton, it was proof that all her hard work — from rehabbing her knee to working hard in practice without regular game time — was worth it.

“It was just kind of a culmination of all those years and the effort I put in,” Hamilton said. “The first year back I definitely wasn’t myself. To go in and not feel like myself was hard.

“My mentality had to change and my expectations had to change. This season I feel really good; I feel back to myself and how I was in college. I feel it’s all kind of come together. It was good to see it actually play our and work out how I expected it to.”

Hamilton said her success Saturday made her that much more motivated to become a regular starter in the league. She’ll have another chance to start this weekend at Boston, once again starting alongside Hatch with McDonald and Williams still unavailable.

“It’s just another opportunity to go out there and show it wasn’t a fluke game,” Hamilton said. “I want to have an impact again.”