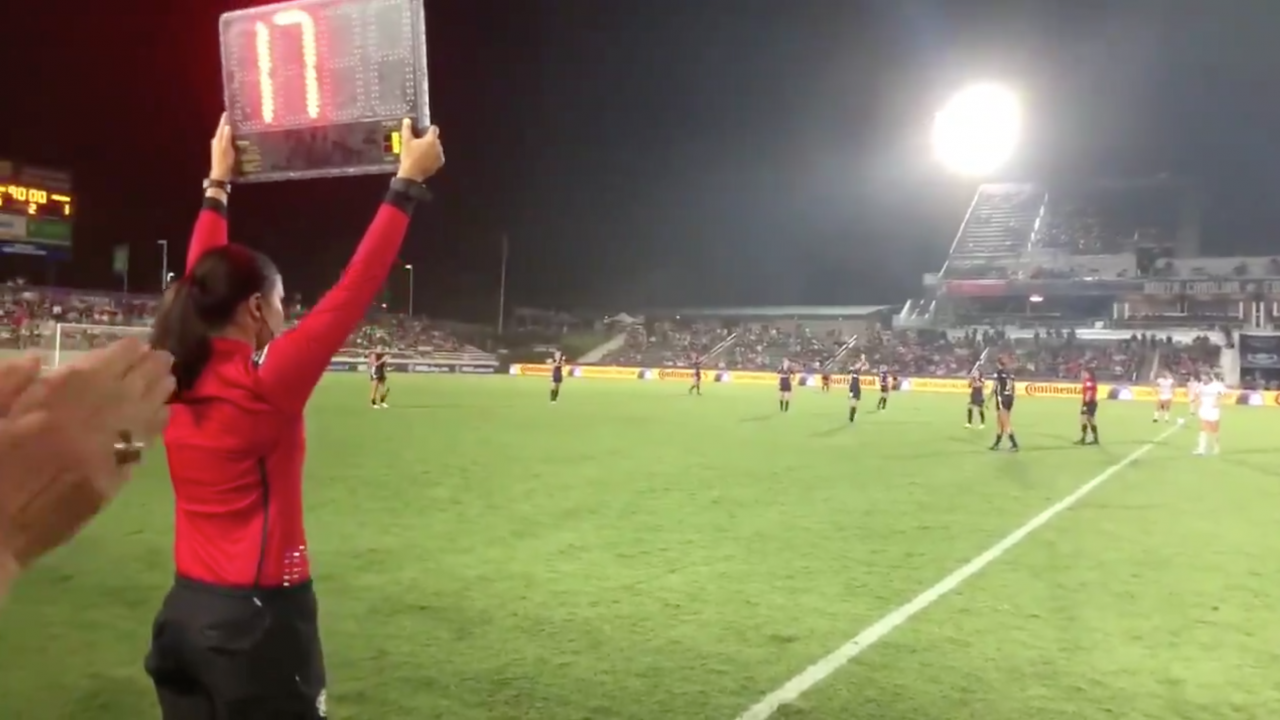 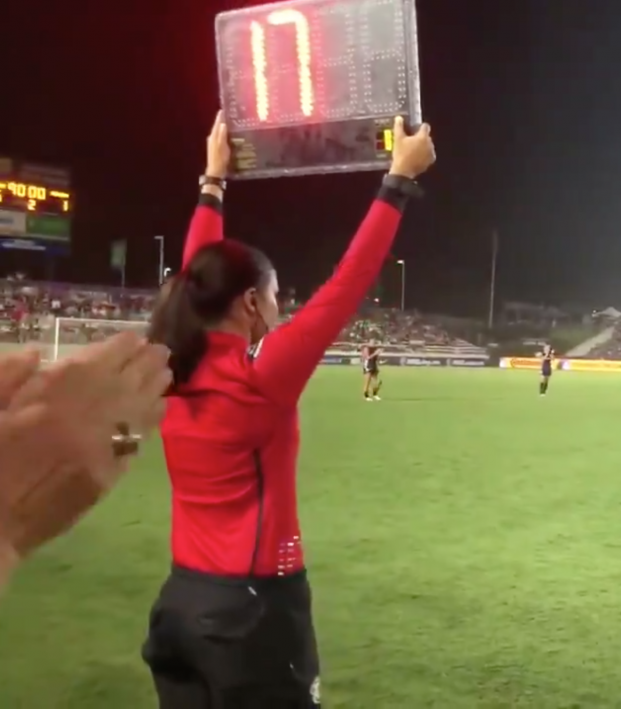 Hope Quinonez September 17, 2019
Another legend was added to the history books.

The North Carolina Courage celebrated the accomplishments of Heather O'Reilly as she will be hanging up her boots at the end of the 2019 NWSL season.

The Courage faced Orlando Pride this past weekend where they had a record-breaking crowd of 9,563 fans and put on quite the shooting clinic. There was no better way the Courage could have shown their gratitude and appreciation for all of O’Reilly’s accomplishments and impact she has had on the women’s game throughout her career. Whether it was for UNC Chapel Hill winning a national title or the USWNT winning a World Cup or Olympics or even being an NWSL champion, O’Reilly will be remembered and idolized by the soccer community.

Courage head coach Paul Riley made sure the day was all about her success on and off the field. Naturally, O’Reilly had to leave her mark by finishing one of six goals scored in the 6-1 win over the Pride.

H A O @HeatherOReilly marks her night with a special strike, and takes the bow she deserves.

She deserved to take a bow after her rocket of a shot and continues to show how talented she really is.

It was an emotional time for O’Reilly, as it is for any professional athlete that is stepping away from the game, but she will still be involved in the media, coaching and continuing to encourage younger generations to love the game.

.@HeatherOReilly is hanging up the boots after this season.

Her fellow USWNT teammates left her messages on Twitter congratulating her on an amazing career and thanking her for changing the game to give more females the opportunity to play at the highest level. If this doesn’t get you in your feels, I don’t know what will.

The outpouring of love shows the type of person @HeatherOReilly is.

We love you Heather and are blessed to have you in #CourageCountry.#CelebrateHAO pic.twitter.com/2e2wOlLSmD

And to show just how irreplaceable Heather O'Reilly is, the N.C. Courage did not put a replacement sub on the field for her: a well-deserved standing ovation and round of applause for one of the greatest to play the game. Thank you one-seven for everything you have done for the game.

“We have some more trophies to win here in North Carolina so it’s not over yet.” -@HeatherOReilly pic.twitter.com/wHthRS6n2Z