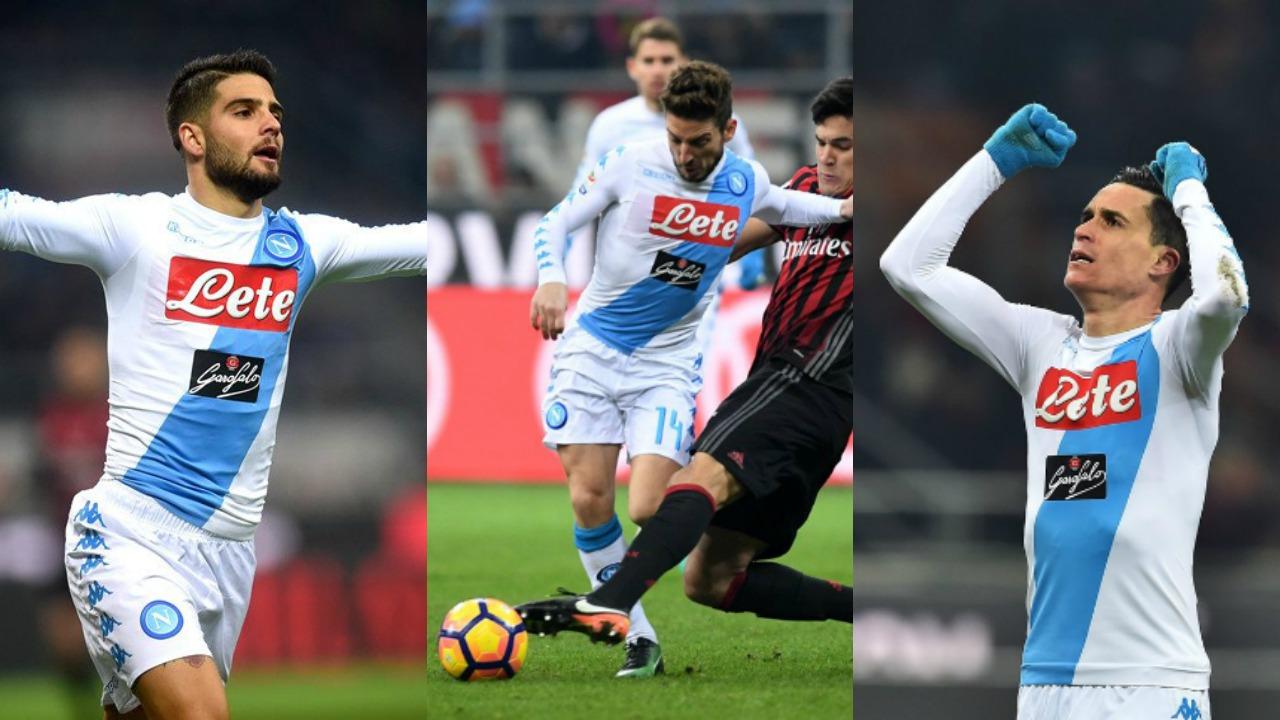 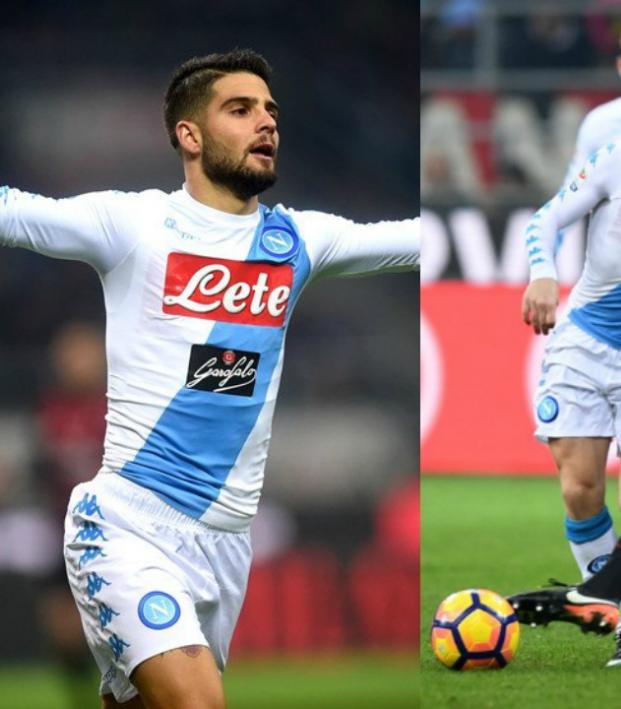 In the opening episode of the newest, most extravagant HBO television series, The Young Pope, the decidedly Neapolitan Cardinal Angelo Voiello, anticipating his upcoming meeting with the Holy See, lays out on a desk his three smartphones. Each is emblazoned with a slightly different cover. The Naples Trinity, Voiello calls them: the attacking trident which set Serie A on fire. Marek Hamsik, Lorenzo Insigne and Gonzalo Higuain.

Even amidst the pomp and circumstance of this Paolo Sorrentino-led, HBO-funded version of Vatican City, there is a reverence to his words. In Naples, they’ve always been a touch more serious about these things.

It seems strange that, in a television show about one of the world’s most ancient organizations, it should be a minor detail of the mise-en-scène which instantly dates the episode. By the time The Young Pope premiered in October, 2016, the Naples Trinity, for one reason or another, had been dismantled. Appropriately enough, three months later (rather than three days, to stretch a tenuous analogy) a new Trinity has risen in their place. But it’s not been an easy journey.

Page after page, article after article has been written about Higuain’s departure to Juventus. Last year’s top scorer moved to Turin for an astonishing fee and has been doing rather well since. It’s not worth going into too much detail on the matter. But you can rest assured, had Napoli not managed quite so well in the aftermath of the Argentine’s departure, the bitterness against the Northern champions would be raging strong.

While a sense of injustice remains – and the striker will receive the brunt of it whenever he returns to the San Paulo – the footballing side of things has moved on.

The quest to replace Higuain seemed effortless. Almost too effortless. Arkadiusz Milik arrived in Naples for a hefty sum (about a quarter of Higuain’s price) and hit the ground running. Whereas people had been sharpening their knives and anticipating the demise of Napoli as a footballing force, they were compelled instead to praise Maurizio Sarri for the easy transition. Milik was scoring goals. Important goals. Napoli were winning games.

But then he got injured. Out of action for four months, the sound of knives being sharpened began to echo around the Italian press once more. This time, Sarri decided that the surgery performed on the side would be much more drastic. Rather than replace one part of the Trinity, he decided to sculpt an entirely new version.

Enter Dries Mertens. Signed by Rafa Benítez, the Belgian has often been something of a peripheral figure at Napoli. Not that he has played badly – in the years since his arrival, he has often impressed – but attempting to rise above any of Higuain (Serie A’s leading goal scorer), Hamsik (club captain) or Insigne (local boy done good), seemed impossible.

With the arrival of Milik, it seemed Mertens would be forced to continue his role as the super sub, the stand-in for the quieter moments. The injury forced Sarri’s hand. Mertens stepped forward.

But while the transition from Higuain to Milik was smooth, replacing like-for-like, Mertens is not a traditional number nine. Holding up the ball and bringing others into play is not his game. Nor is it the game of Manolo Gabbiadini, another bench player who was considered to replace Milik.

Without the benefit of the transfer window to buy a similar replacement, the manager had to find a different solution. As Napoli struggled to deal with the loss of Milik, dropping points, Sarri changed the system. He injected Mertens into the role as the lone striker.

It was not an instant success. Mertens scored goals but missed big chances. Fans howled in despair. The club moved to line up a replacement striker. But then, all of a sudden, things seemed to click. The goals began to arrive in greater numbers. A hat trick in one game, four goals in another. Nine goals in four games is an impressive return for any player, much less one forced into a new position.

11 - Dries Mertens has been involved in 11 Napoli's Serie A goals (9 netted, 2 assisted) in his last six games played. Nucleus. #MilanNapoli

Behind Mertens, the rest of the trinity was reshuffled. Hamsik, such a mainstay in the Napoli side for so long, was pushed back deeper into midfield. He was replaced further forward by Jose Callejon, another Benítez signing who had done little since arriving in Serie A. Like Mertens, the tactical switch emboldened the Spaniard, who began to rack up the goals.

And then there was Lorenzo Insigne. The diminutive Neapolitan, the local lad who had struggled to deal with his scant playing time in recent months. A summer of speculation had linked him with a move away from his boyhood club. Having always been capable of the spectacular, Insigne was finally adding consistency to his game. A player reborn.

This new Naples Trinity set off on a run, racking up goals and points. This meant that Saturday’s match, Milan versus Napoli at San Siro, was a chance to extend a 10-game unbeaten run with the interchanging, short-of-stature front three presenting all kinds of tactical challenges to a resurgent Rossoneri.

In the week leading up to the match, there was a guest at the Napoli training ground. Sweeping in with the bluster and glory of the Pope himself, Diego Maradona arrived to watch the team train. The club’s greatest ever player, his hagiography part and parcel of the Napoli story, it is said that this was the first time – and likely the last – that Sarri allowed training to stop.

Maradona preached to the players, chatted with the coaches and talked shop with the owner. Only an outstanding tax issue with the Italian government keeps Maradona from being more involved with the club. It makes his fleeting visits all the more notable.

Maradona praised the team. He noted that they lacked a striker like Milik, how the side suffered in his absence. But he praised the devil in the side’s current incarnation, the impish glee with which the front three switched positions, chipped goalkeepers and refused defenders a moment’s rest. This was praise from the loftiest of lofty positions. In Naples, there are few people more revered than Diego Maradona. Maybe the Pope. Maybe.

So, it should have been no surprise to see Napoli race into an early lead against Milan. For the opening thirty minutes, their expansive play paid dividends. All three forwards combined to rack up two goals in the first nine minutes. After the first half hour, things calmed down. Milan got a goal back before half time and forced Napoli to dig in for the remainder of the game. They did, coming away with a 2-1 victory.

Milan vs Napoli 1-2 All Goals & Highlights

The pressure on league leaders Juventus continued. The manager was satisfied with a resolute defense. Maradona’s visit had been consecrated. The new Naples Trinity showed what they could do.

18 - Napoli have picked up 18 points away from home in the league this season, more than any other side. Conquerors. #MilanNapoli

It leaves Napoli in an interesting position. Milik has recently returned to training. The man signed to be his back up, Leonardo Pavoletti, has now made the journey south from Genoa. But does the manager dare to tinker with a winning formula? The league still seems a distant prospect but there is another challenge on the horizon.

Soon, Napoli will face Real Madrid in the Champions League. With the Spanish side blighted by the losses of key players Marcelo and Luka Modric, this could be the moment for this new-look Napoli to leave an undeniable mark on the face of European football. Taking on the most successful European team of all time, victory against the Madrid giants could be a win of biblical proportions. Then, perhaps, the ghost of Higuain will finally be exorcised and the Naples Trinity can truly be reborn.