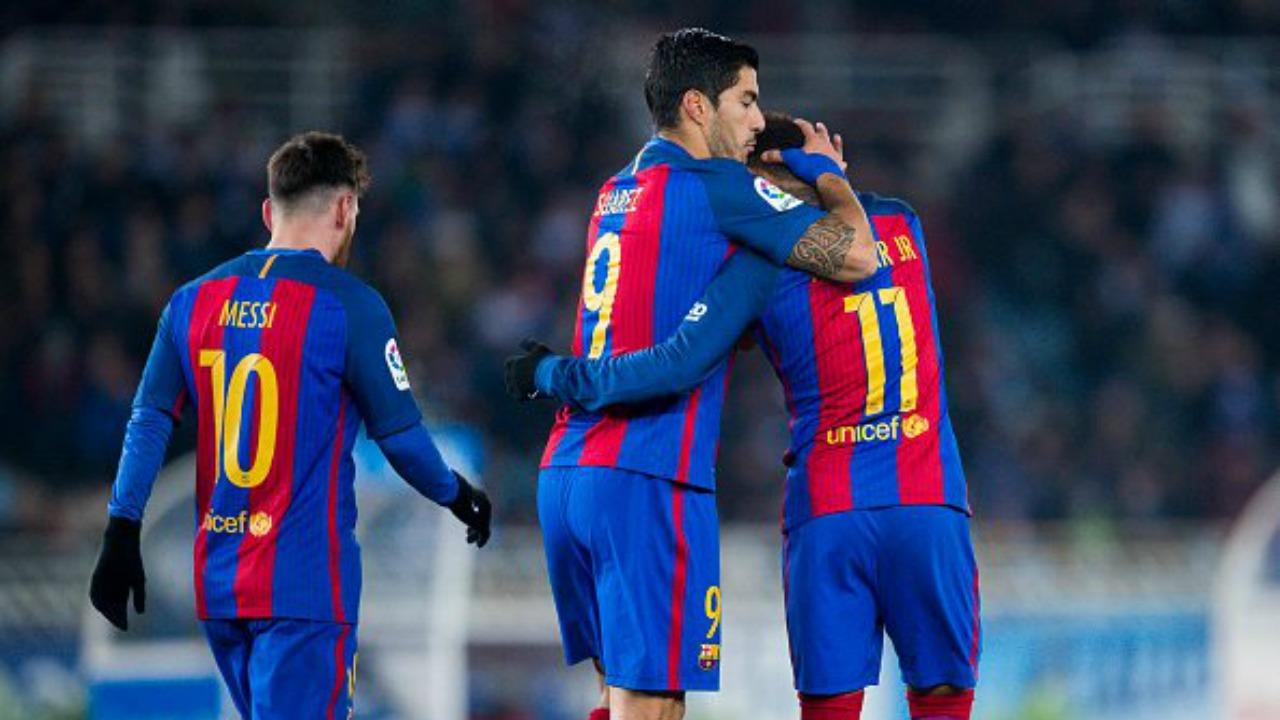 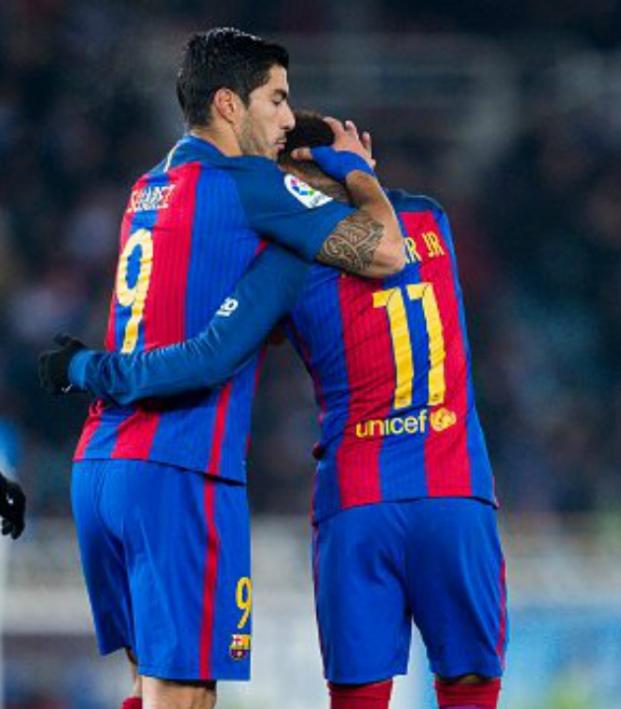 Messi, Suarez And Neymar All Score In Barca’s 4-0 Win Over Eibar

Connor Fleming January 22, 2017
Barcelona defeated Eibar with Denis Suarez and MSN doing all the scoring in their 4-0 victory.

Barcelona closed the gap on Real Madrid to two points, although Real still have a game in hand, following their 4-0 victory over Eibar on Sunday. Denis Suarez opened the scoring before goals from the attacking trio of Lionel Messi, Luis Suarez and Neymar finished the contest.

With Real defeating Malaga on Saturday and Sevilla edging Osasuna, anything less than three points would’ve been disastrous for Barcelona in Sunday’s evening game. However, a fine strike from Denis Suarez in the 31st minute began what was ultimately a comfortable victory for the Blaugrana. Unfortunately for Barca, Suarez only entered the match after an injury to Sergio Busquets forced the midfielder off on a stretcher.

BOOOM! Hook, line and sinker from @DenisSuarez6 to give @FCBarcelona the lead. https://t.co/sO1fRFFJIi

Messi scored Barcelona’s second in the 50th minute after a sensational pass from Luis Suarez.

What vision, what finish, WHAT A PLAY! @FCBarcelona double their lead. https://t.co/tQDeTHb1jB

Suarez then added a goal of his own in the 68th minute to effectively seal the three points for Barca.

The fourth goal arrived in the 91st minute, and while it was of little importance on the whole, it was a massive boost for Neymar, who hadn’t scored in La Liga since October 2.

And there it IS! @neymarjr ends his drought. The MSN is complete. https://t.co/k24iGAcPIb

The pressure in now on Real Madrid ahead of their match against fifth-placed Real Sociedad next Sunday.