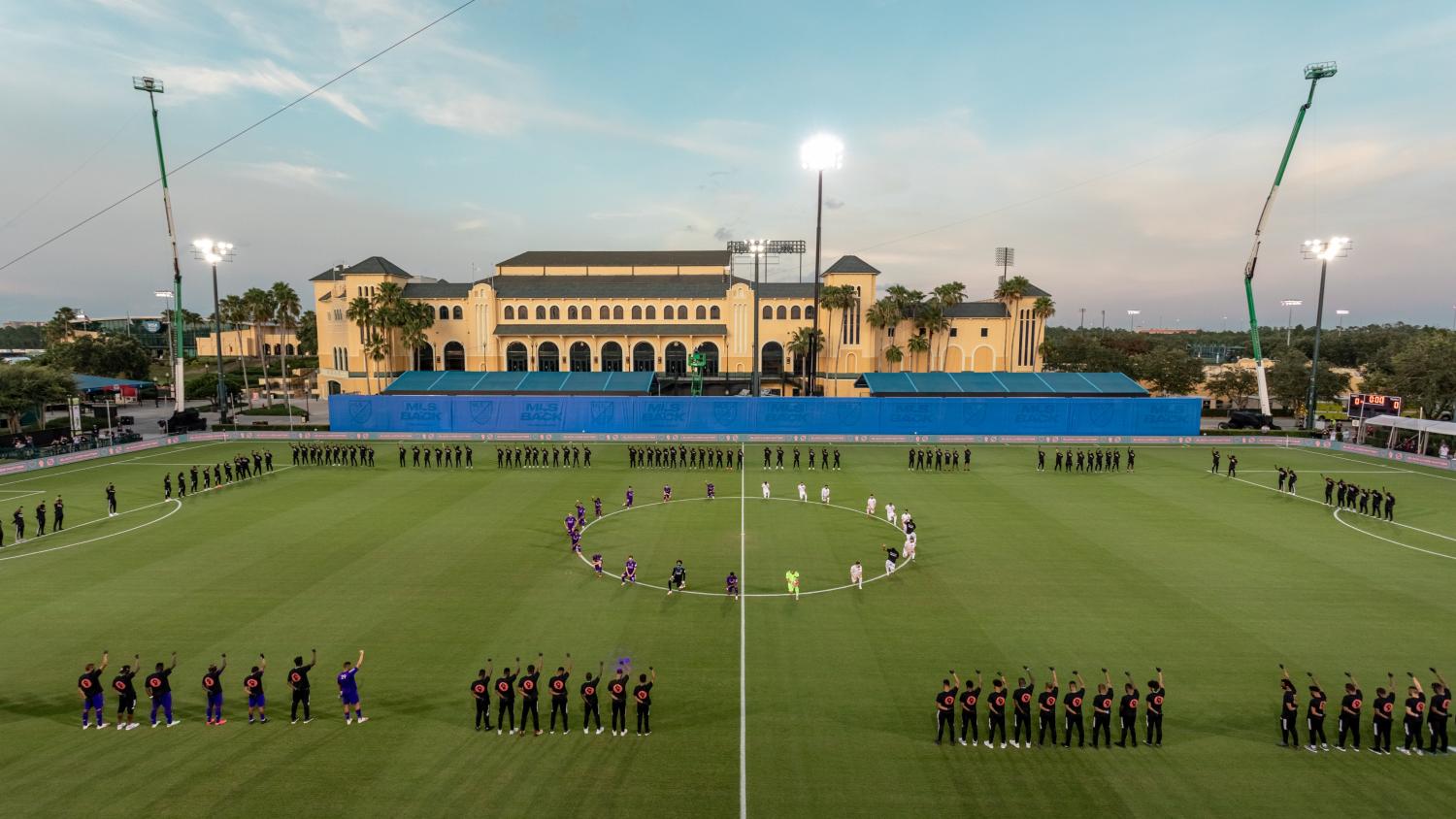 MLS is back. More importantly, MLS is Black.

The MLS Is Back Tournament kicked off with a match between Inter Miami and Orlando City on Wednesday night on Field 17 in Orlando, Florida. The game was a mere backdrop to what unfolded beforehand.

The 22 players about to take part in the match took a knee around the center circle while members of every MLS team in the tournament stood together for a moment of silence in lieu of a national anthem, wearing shirts and masks saying: Black and Proud, Silence is Violence, MLS Is Black, Black all the Time and Black Lives Matter. The players created a wave of fists going up in defiance to the systemic racism that has been so prevalent in America for more than 400 years, fists raised in the air for more than five minutes in a memorable showing of solidarity to say: Black Lives Matter.

Since MLS and leagues across the country shut down due to the novel coronavirus pandemic in March, the U.S. has had a reckoning on race. The slaying of George Floyd by Minneapolis police in May sparked renewed vigor for the Black Lives Matter human rights movement.

During the four months (to the day) since the last MLS match, the Black Players Coalition was formed, then changed its name to Black Players For Change. The group was organized to address racial inequalities in MLS and helped produce a poignant video that circulated on social media this week and was aired on ESPN before Wednesday’s kickoff.

There will be CHANGE. #MLSisBlack

The two above videos combined for a powerful message from MLS players in support of Black Lives Matter. MLS has supported the Black Players For Change organization, but the fact the group needed to be founded in the first place shows the league has work to do.

The statement from the MLS players was in stark contrast to the celebratory mood ESPN tried to create before the match. At the start of the pregame show, ESPN played a video celebrating MLS like it was the first sport back in the U.S. when it really was just the first sport back on ESPN. The NWSL and a pro softball league have long since been back, not that ESPN cares about anything that’s not on its airwaves.

While sports are great to watch, especially during a devastating global pandemic that has infected at least three million Americans, we can’t forget to continue to fight to uphold the values for which the U.S. claims to stand. We can’t forget that Black Lives Matter.