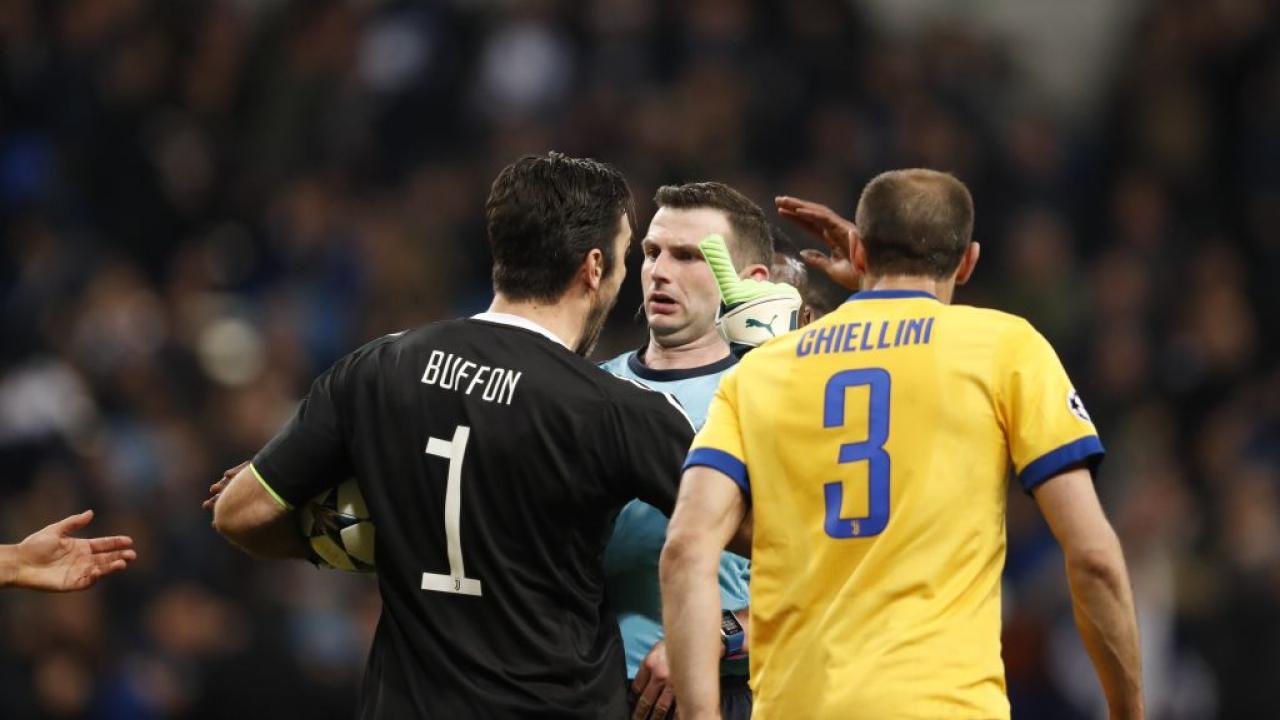 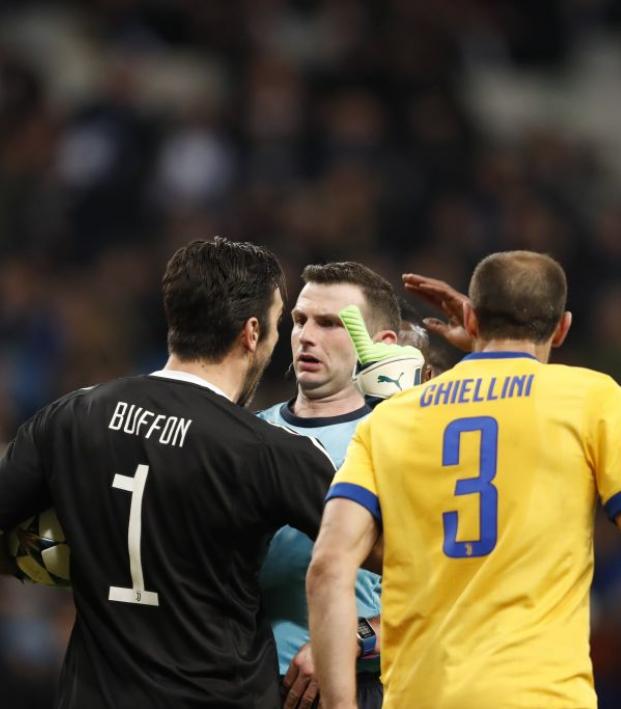 Yousef Alshammari April 17, 2018
We all enjoy a bit of controversy, but for referee Michael Oliver, one red card led to death threats.

Michael Oliver, the referee who took a stand and freed Narnia from the evil grasp of Sauron, returned to Premier League duty on Monday in a 1-1 draw between West Ham United and Stoke City. Okay, fine, Oliver didn’t fight any orcs or free Narnia, but the man did end Gianluigi Buffon’s dreams of winning the Champions league.

Oliver sparked controversy after red-carding Buffon once the shot-stopping, brick wall of a goalkeeper got a bit too touchy. The call also sealed the Juventus veteran’s fate when Cristiano Ronaldo smashed in the win for Real Madrid from the spot, eliminating Juventus from the race.

The Apache helicopter we call Buffon will (almost certainly) be retiring at the end of the season with the dream of a Champions League victory gone, just like that. 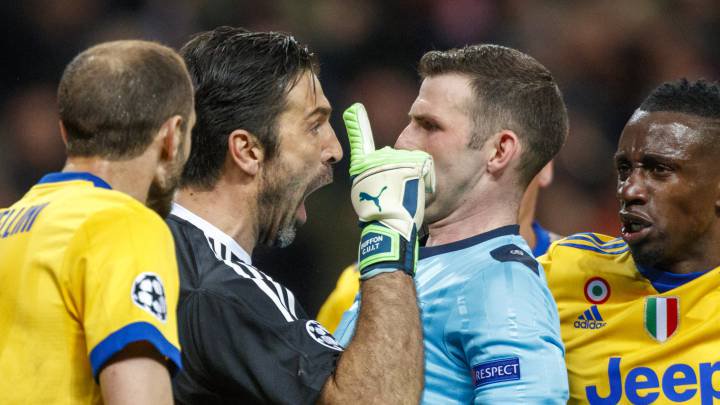 Oliver and his wife Lucy, who is also a soccer referee (glad they’re not my parents — a timeout with red cards, can you imagine?), have been facing an abusive uproar on social media. Lucy’s private phone number was leaked online, prompting all the basement-living, Doritos-addicted bullies to come out of the shadows and text her threats.

UEFA and the Professional Game Match Officials Limited (PGMOL), the organization behind Premiere League referees, strongly condemned the abuse channeled at the Olivers.

As is typical in our digital world (anonymity and ravaging vultures angrily spewing hate online), Michael and Lucy Oliver were bombarded with death threats on Twitter and social media. Ironically enough, Italian fans have retaliated to this abuse in support of Oliver with the hashtag #ItaliaLovesMichaelOliver.

And *still* the abuse of referee Michael Oliver’s wife continues. Time for an apology from @gianluigibuffon for the comments he made post-match. This has to stop. pic.twitter.com/84IM92yzuC

Buffon, who had previously said Oliver has a “garbage bin” instead of a heart, apologized vaguely and it kind of sounds like a skydiving commercial for old people.

“The decisions we make are a way of defining ourselves and making us what we want to be,” Buffon said. “You can even go too far, sometimes getting it wrong. But that means you’re alive and that’s why I came into this world. After the Bernabeu, I went for long walks, mushrooms and daisies. It was a week that allowed me to experience strong emotions, beautiful, pure adrenaline. I also live for that.”

What...the...fu...does that...if I ever apologized like that, my mother would cut off my tongue and staple it on my forehead. What on Earth where you talking about, Buffon?!

Long walks, mushrooms, daisies and adrenaline? I’m surprised no one's checked him into rehab yet.

In fairness to Buffon, West Ham goalkeeper Joe Hart did get away with this once and please try not to laugh:

So sad RT @Football__Tweet: Just a reminder that Michael Oliver didn't send Joe Hart off for this, but did send off Gigi Buffon tonight. pic.twitter.com/8K9UoQuxOc

Regardless of the shenanigans filling Oliver’s life at the moment, he did get to witness two amazing goals in the West Ham vs. Stoke match yesterday. Peter Crouch scored, and Andy Carroll’s shot was just superb.