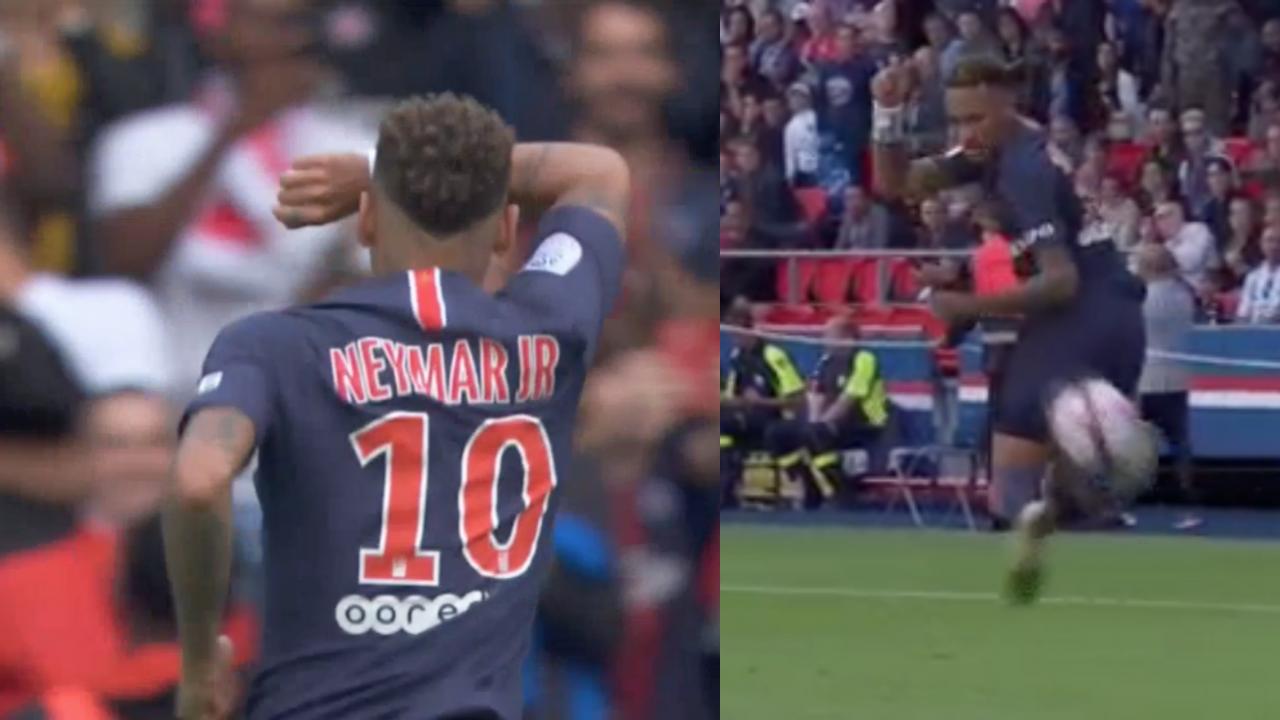 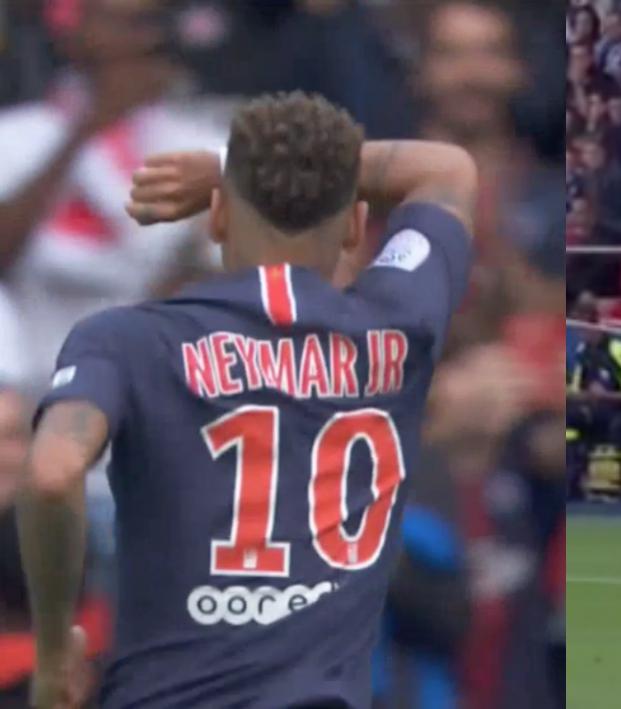 Travis Yoesting August 25, 2018
Neymar scored against Angers and honored a family member with his celebration and then pulled out the flair late in the match.

Neymar unveiled a fresh new celebration on Saturday. Scoring the third goal for PSG against Angers in a 3-1 win, he showed off some writing on an unusually large wristband.

Neymar is typically sporting a band of tape around his right wrist, but today his Nike-emblazoned band was more reminiscent of a college quarterback with a list of plays written on it. But it wasn’t to remember any set-piece plays, but to honor a dear family member.

After Neymar scored with a well-placed first-time touch off an assist from Kylian Mbappé in the 66th minute, he made sure to put his wrist on his forehead, both before and after he was mobbed by teammates.

It’s hard to see from this replay of the Neymar celebration what was written, but from another angle you can see he was wishing his son a happy birthday. Davi Lucca da Silva Santos celebrated his seventh birthday on Friday.

A nice move from the proud papa, telling his son he loves him with a goal. Why didn’t you love me like that, Dad?!

To make things better for Neymar and family, the Brazilian pulled out an absurd piece of flair for a pass late in the match.

Neymar now has three goals this season, equal with Mbappé, who also scored a goal on Saturday.