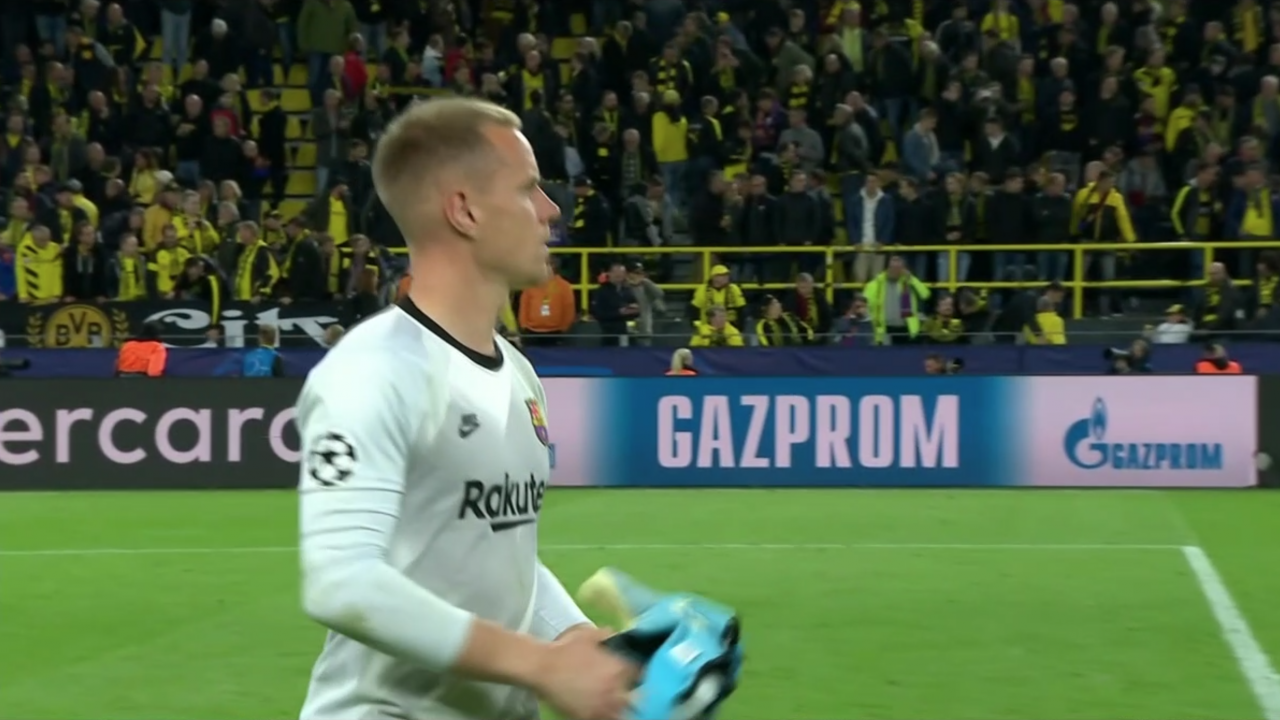 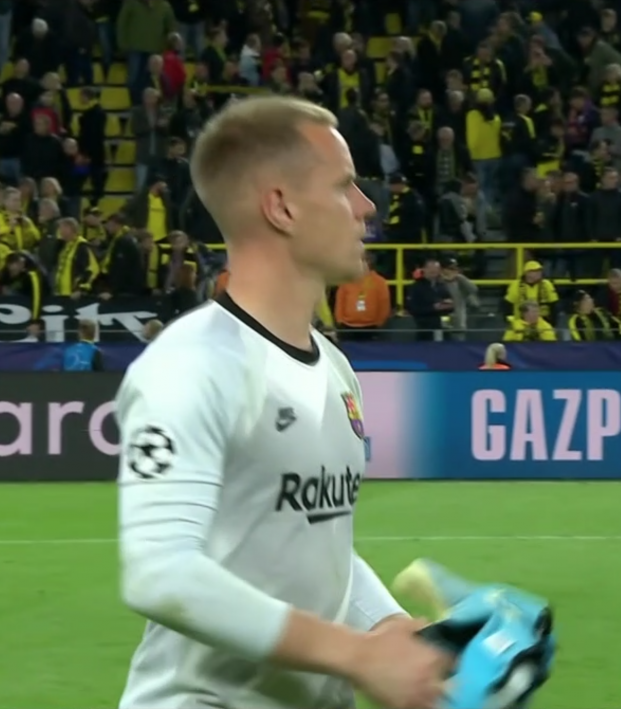 Back In Germany, Marc-André Ter Stegen Shows He Deserves To Be Germany’s No. 1

After sitting on the bench in Euro qualifying for Germany over the recent international break, Marc-André ter Stegen expressed frustration in being stuck behind Bayern Munich’s Manuel Neuer in the pecking order to be Germany’s No. 1. After watching Ter Stegen vs Dortmund in the Champions League on Tuesday, it’s hard to argue he shouldn’t usurp Neuer.

Ter Stegen made four saves, including one on a penalty kick and a massive double save to help Barcelona draw Borussia Dortmund 0-0 in the Champions League group-stage opener for both clubs on Tuesday in Dortmund.

Despite having played at Barcelona since 2014 (or perhaps because of it), the 27-year-old Ter Stegen has amassed just 22 caps for the Germany national team since making his in 2012. While Neuer was at one time recognized as the best goalkeeper in the world, many feel he’s lost a bit since a 2017 injury. Meanwhile Ter Stegen continues to get better at Barcelona, and he remains frustrated at not receiving more playing time for Joachim Low.

“It’s not easy to find an explanation for what I am experiencing,” he said. “I am still trying everything, but this trip with Germany was a tough blow for me.”

Low responded Tuesday by saying Ter Stegen will get his chances. The keeper’s performance against Borussia Dortmund may force Low’s hand.

Ter Stegen was the man of the match for Barcelona, which was outplayed throughout by the home side. Lionel Messi made his 2019-20 season debut as a second-half sub, but Barcelona couldn’t create enough going forward and it was up to the Barça No. 1 to save a point for the Spanish champions.

The two biggest moments for Ter Stegen vs Dortmund came in the second half.

In the 55th minute, Nelson Semedo stepped on Jadon Sancho to concede a penalty kick. Marco Reus, a former teammate of Ter Stegen’s at Borussia Monchengladbach, struck the spot kick well, but MAtS was came up with a huge one-handed save.

We’ll ignore the fact Ter Stegen was off his line when Reus took the shot because we don’lt want to ruin the entire narrative of this article and he got away with it.

The Barcelona keeper came up huge again with a double save in the 78th minute, stopping two close-range shots from Reus.

Ter Stegen was indeed a man on fire against Borussia Dortmund, making four saves, all against Reus.

Next up for Barcelona in the Champions League is a home match against Inter Milan, which needed a late equalizer to salvage a draw at home against Slavia Praha on Tuesday. Borussia Dortmund will travel next door to Prague on Oct. 2 in Group F.