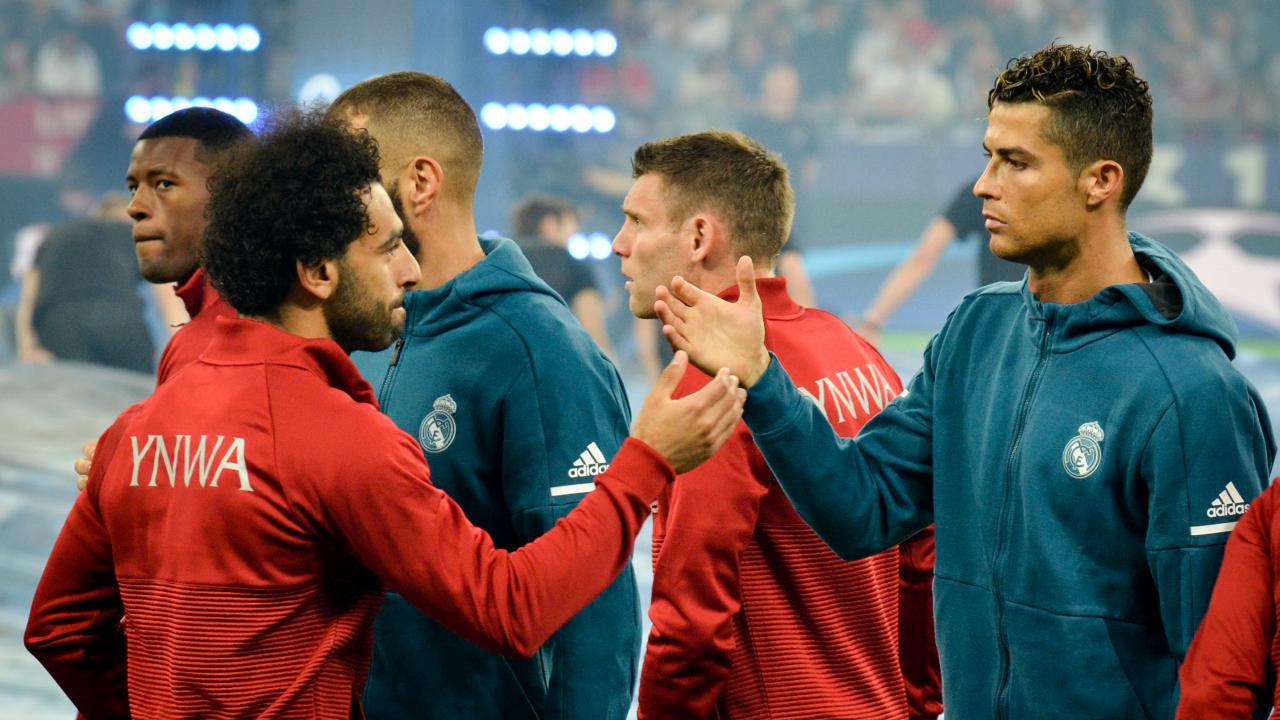 Hannah Lichtenstein August 20, 2018
The winner will be announced on Aug. 30th during the Champions League group stage draw in Monaco.

It's hard to imagine narrowing the shortlist from a field that also included the likes of Kylian Mbappé, Lionel Messi and Antoine Griezmann, but a jury comprised of coaches and journalists have spoken and named their top three: Today, UEFA announced that one of Luka Modrić, Cristiano Ronaldo or Mohamed Salah will be named the 2018 UEFA Player of the Year, an award given to the best footballer “irrespective of nationality, playing for a club within the territory of a UEFA member association during the past season” for their “performances in all competition — domestic, continental and international.”

Unsurprisingly, the three players come from the two teams that faced off in the 2017-18 UEFA Champions League Final.

Modrić has been a critical albeit underrated piece in the Real Madrid system for a while, but things clicked for him on all cylinders during the 2017-18 season, and he's finally getting some of the big accolade recognition that he's long deserved. One would be hard pressed to find a player with higher soccer IQ, technical ability, work rate and passing accuracy in the game right now, and, though he is not known for his goal scoring ability, he can hit a cracker when he wants to.

In addition to winning the UEFA Champions League for the third consecutive season with Real this past year, he also earned the FIFA World Cup Golden Ball for his performances in leading Croatia to its best-ever finish this summer.

Liverpool’s Mohamed Salah became a household name in the blink of an eye with his historic campaign for Liverpool and Egypt this calendar year. In his debut season for the Reds in Europe, he was sensational in the club's run to the final, notching 10 goals and five assists in 13 UEFA Champions League appearances.

Domestically, his form was more spectacular as he scored a record-breaking 32 goals in 38 appearances on his way to winning Premier League Player of the Season and a host of other individual awards. The “Egyptian King” lived up to his name in heart-stopping and heroic fashion when he buried a last minute penalty against the Congo in World Cup qualifying to send the Pharaohs to their first World Cup finals in nearly 30 years.

He finished with two goals in Russia, making him his country’s all-time recordscorer in FIFA World Cup history.

Some way, some how Cristiano Ronaldo might have to find more space in his overfilling trophy cabinet if he nabs this honor, and you can bet the UEFA Champions League's all-time leading scorer is more than worthy candidate.

In what would prove to be his final campaign for Los Blancos, Ronaldo was vintage Ronaldo time after time. He scored 15 goals and had three assists in 13 UCL appearances, leading Real to the 2018 trophy. Of course, he also broke records in the process, becoming the first player in competition history to score in 11 straight games and the first ever to win five UCL trophies.

In domestic competition for Real, CR7 continued his fine form with 26 goals in 27 appearances. After nine sensational seasons, the 33-year-old took his final bow for the club and left as its all-time leading scorer with 450 goals in all competitions. For Portugal, the captain put on a performance fans won’t soon forget after he notched a hat-trick against Spain. Though the European champions disappointingly exited in the Round of 16, their star man finished the tournament with a respectable four goals.

Eh, seems it'll be just a bit of a tough decision. It has to be said that whoever wins this has to be favorite to win the 2018 Ballon d’Or.