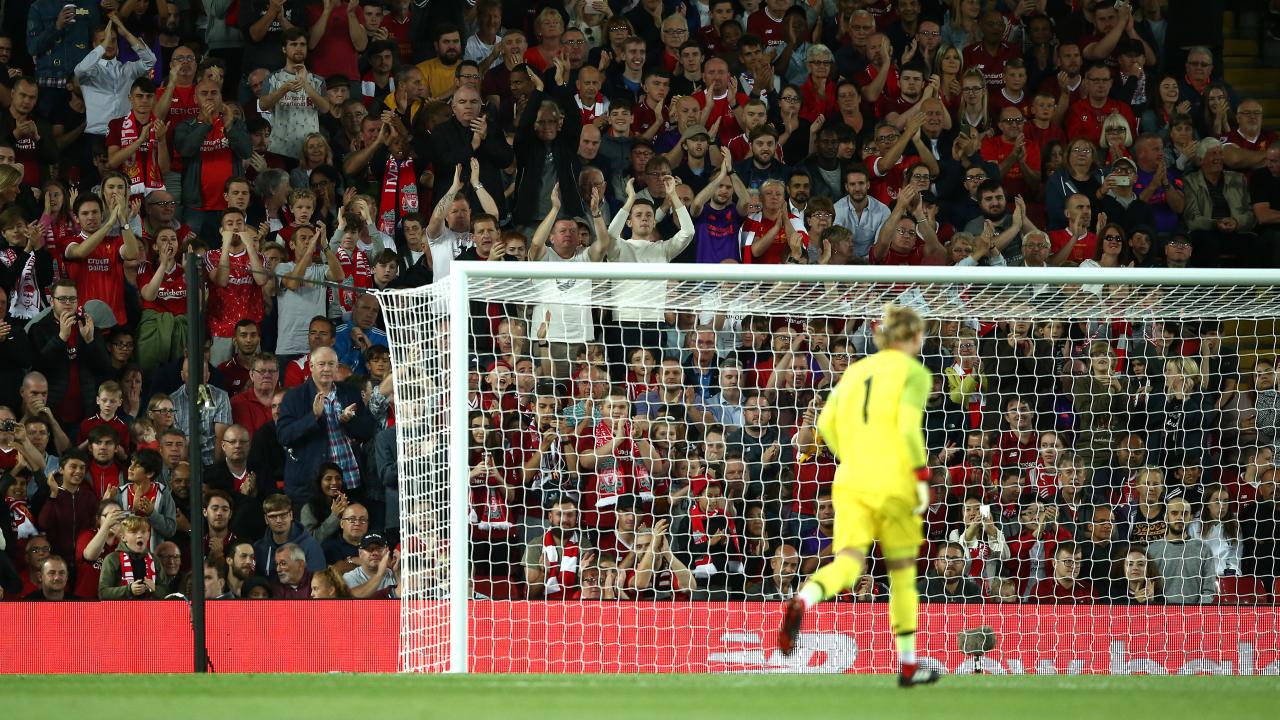 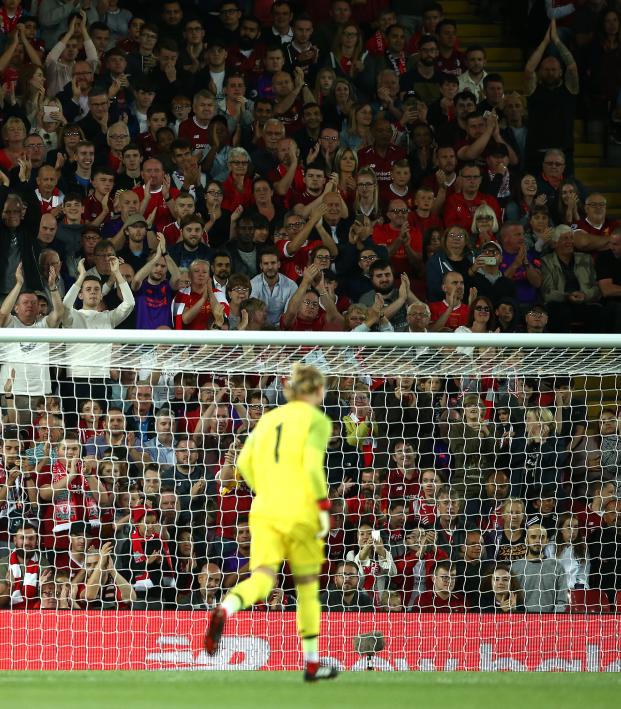 To say Liverpool goalkeeper Loris Karius has had a rough go of things in the past few months would be a grand understatement. His errors in the Champions final that expedited Madrid’s trip to the trophy made him an international laughing stock. Things got so bad that Liverpool police were forced to investigate death threats made against the shot-stopper in the days after the performance.

On July 19, the Merseyside club signed a record deal for Brazilian keeper Alisson, writing the message on the wall that Karius’ time as Liverpool’s No. 1 was all but over.

His beaten confidence was then exposed in a preseason match against Borussia Dortmund a few weeks ago, and fans and media were quick to boo and unleash critique on the German. Karius, clearly in a very dark place, took to Instagam after the match to voice his disappointment in those who were adding insult to injury.

Now it seems Liverpool supporters are finally laying off the attacks and getting behind the sore and deflated Karius. Last night, the Reds finished up their preseason fixtures with a match against Torino at Anfield. In the 73rd minute, Karius was subbed on for Alisson and was welcomed onto the pitch with raucous applause.

Reception for Karius at Anfield tonight bringing a tear to my eye #LFC pic.twitter.com/JTVNFCuLpQ

Where’s the Kleenex?! The supporters put down their pitchforks and let the Liverpool man know that they do have his back. What happens to Karius’ career at Liverpool remains to be seen, but hopefully this will be a moment to help to lift him out of his rut.