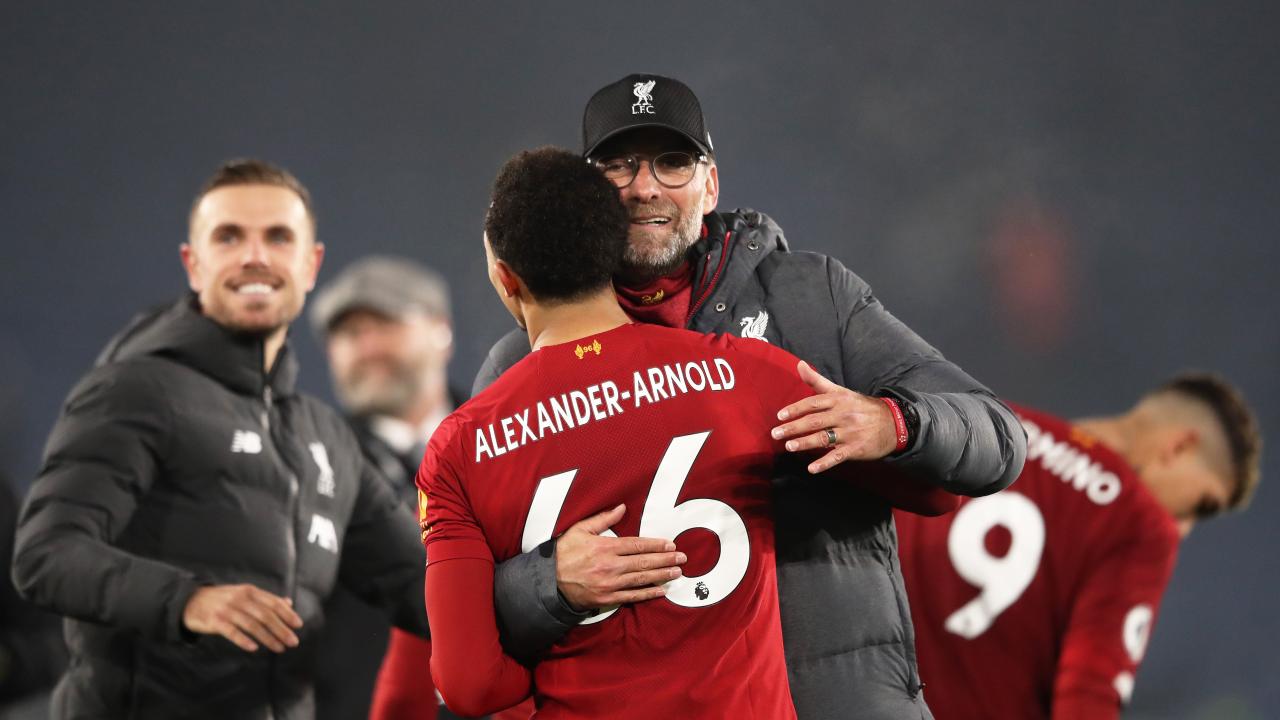 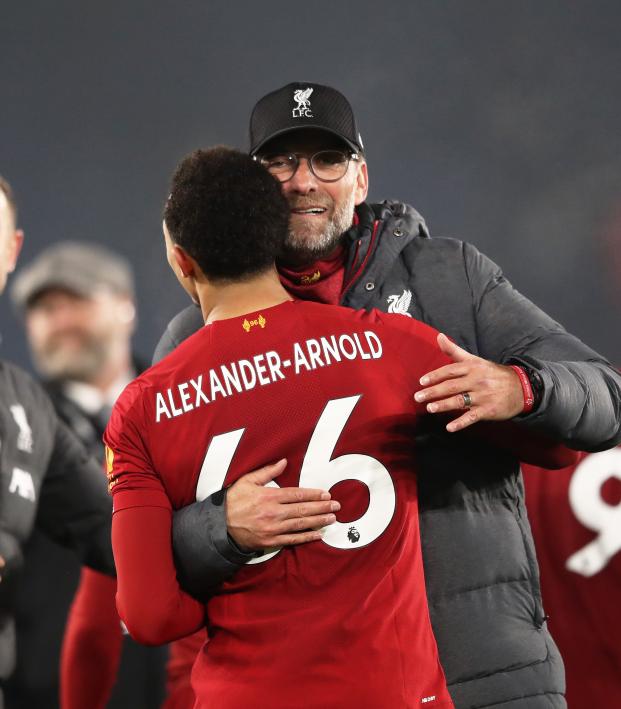 Nick Rumpf January 11, 2020
The Reds have secured both the Premier League's player and manager of the month awards for the second time in a row

After winning all five of its Premier League games in December, Liverpool raked in the monthly awards yet again. Trent Alexander-Arnold brought home his first Player of the Month award of the season, while Reds manager Jurgen Klopp tied Pep Guardiola's single-season record after winning Manager of the Month for the fourth time.

Alexander-Arnold helped Liverpool's improved defense keep three clean sheets while contributing a goal and three assists. He kept up the excellent personal form he has displayed this season and ran the game in a superb team performance away to Leicester on Boxing Day, providing two assists and driving home the fourth goal in a 4-0 win. Of Premier League players, he trails only Kevin De Bruyne in assists, having provided eight already this term. He and teammate Andy Robertson (six) are the only two defenders in the top 15 in assists, a testament to their importance to Jurgen Klopp's system and the trust he places in them to get forward.

It is the second consecutive month in which Liverpool has secured both awards, with Klopp having wrapped up his third of the season in November while Sadio Mané earned Player of the Month. The Reds won all four of their games that month and have not dropped points in the league since October's 1-1 draw away to Manchester United. Mané's contributions proved critical in November as he assisted the Reds' tying goal away to Aston Villa just minutes before heading home the winner from Alexander-Arnold's corner deep into stoppage time.

Mané also scored the Reds' third goal in the crucial 3-1 win at Anfield against Manchester City and opened the scoring in a 2-1 victory over Crystal Palace.

Liverpool, currently 13 points clear of Leicester City at the top of the table, looks to remain undefeated as they travel to London to take on Jose Mourinho's Tottenham Hotspur at 12:30 p.m. EST Saturday.