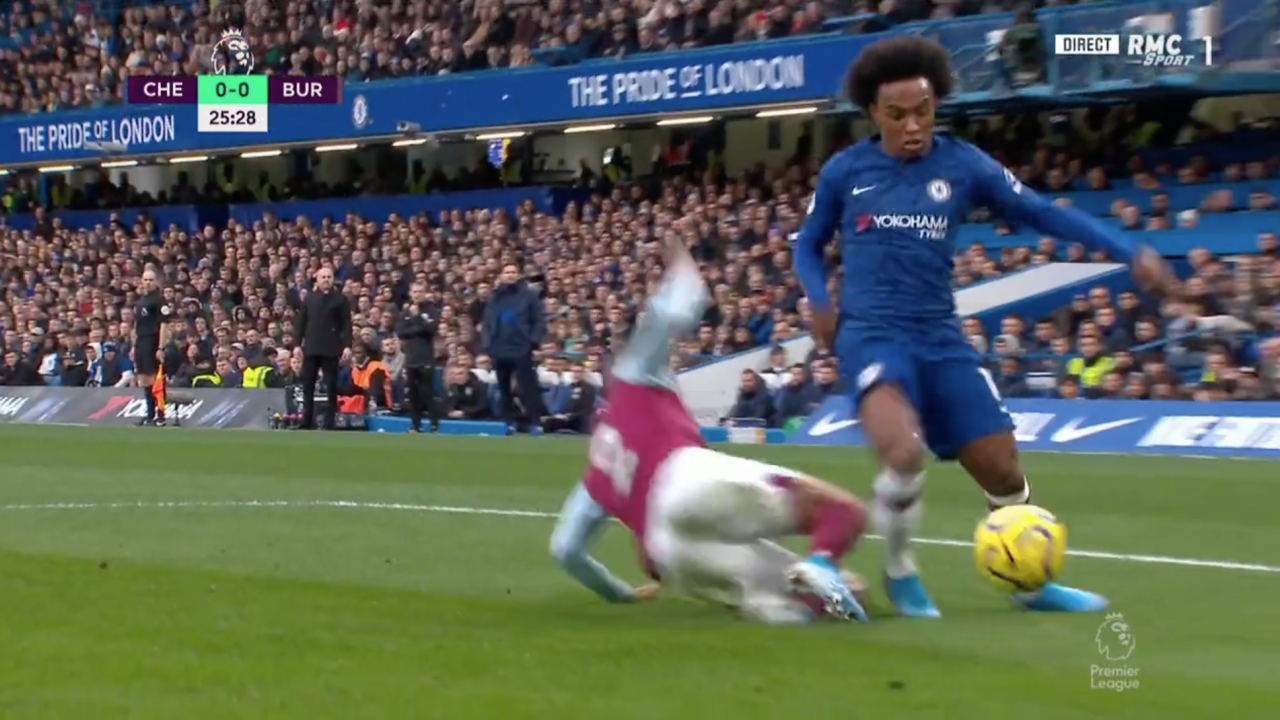 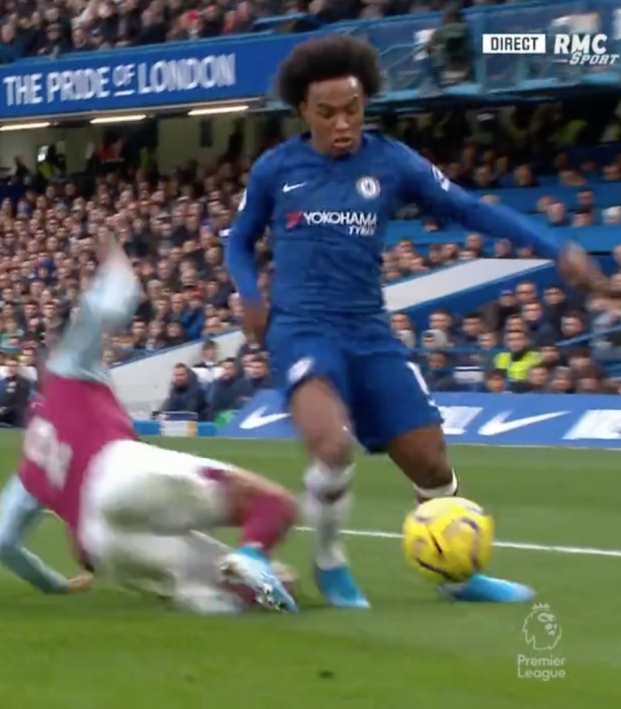 Travis Yoesting January 11, 2020
Chelsea took the lead with an ill-gotten penalty against Burnley.

Sometimes, even VAR can’t overcome the remarkable skill and acting ability of footballers. Chelsea took an early lead over Burnley after a clear Willian dive en route to an easy 3-0 victory at Stamford Bridge on Saturday.

Even with Christian Pulisic out injured, Chelsea was probably going to beat Burnley with or without help from the officials. The Blues fully deserved their victory, but that doesn’t mean those outside of Stamford Bridge won’t be raising a few eyebrows after how Chelsea’s opening goal was earned moments after a potential opener was ruled out for Burnley.

The visitors thought they had taken the lead in the 18th minute but for VAR to show an offside infaction by the narrowest of margins.

It was a case of VAR doing its job, even if some Luddites hate technology being used correctly.

Video Assistant Replay is also supposed to help referees discern between a foul and a dive, but neither referee Kevin Friend nor VAR Andy Madley picked up on Chelsea winger Willian’s bit of deceit 25 minutes into the match.

As Willian raced to a ball in the box, Burnley left back Matthew Lowton slid in to prevent a cross. Willian kicked the ball straight out of bounds just before Lowton arrived. What happened next was either a clear penalty if you’re a Chelsea fan or a Willian dive if you’re anything but.

Willian lunged his knee toward Lowton and fell to the ground, initiating what little contact there was in the challenge. While Lowton shouldn’t have lunged toward Willian, he made little contact with the Brazilian, who cleverly fell to the floor after dragging his leg into the defender.

Friend and Madley were fooled by the contact Willian created and Jorginho gave Chelsea the lead with another of his well-taken penalty kicks.

While the first reaction to a dive is usually anger at the perpetrator, sometimes I think we should recognize the athleticism and guile it took to fool the referee and VAR. This may not be a popular opinion, but if players can dupe video replay, I’m OK with them being rewarded with a penalty.

Regardless, the goal stood and Chelsea was on its way to a victory. Fortunately, Friend didn’t buy a dive from William in the 57th minute.

Tammy Abraham doubled Chelsea’s lead before halftime with a header. The three points were clinched by Callum Hudson-Odoi, who scored his first Premier League goal for the Blues.

The win helped Chelsea firm up its status as the fourth-best team in the Premier League right now, staying five points ahead of fifth-place Manchester United.