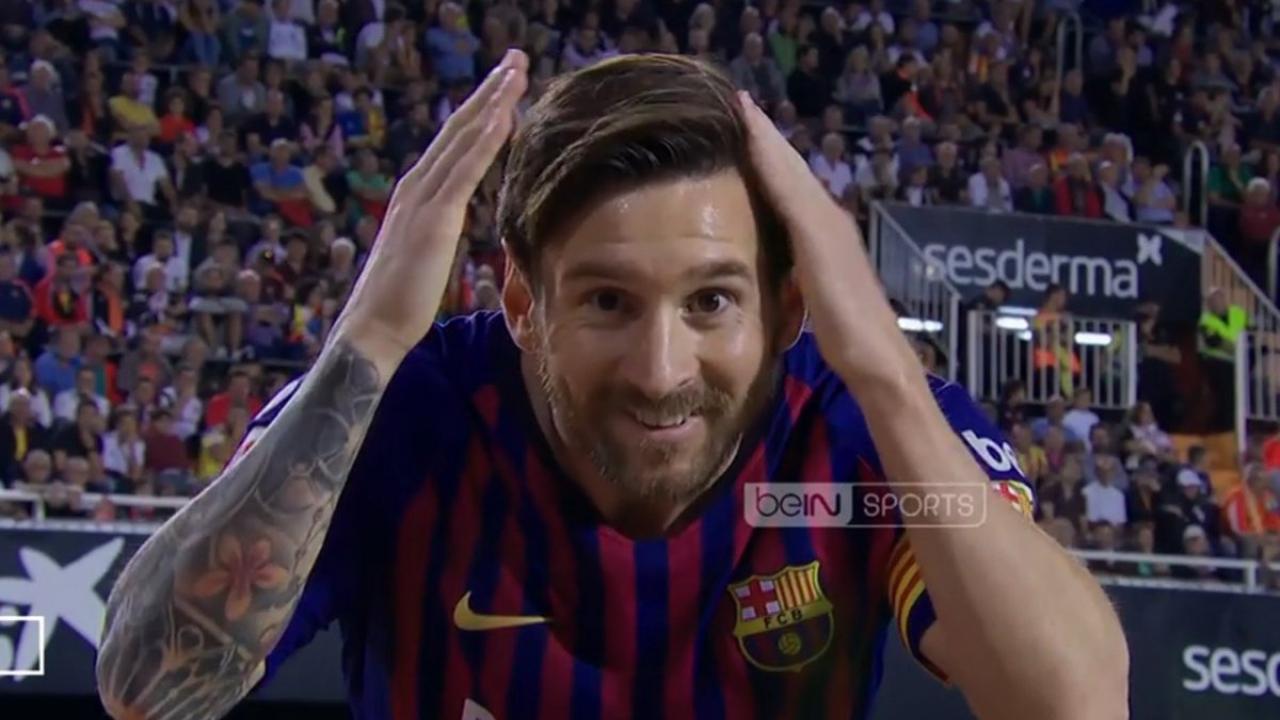 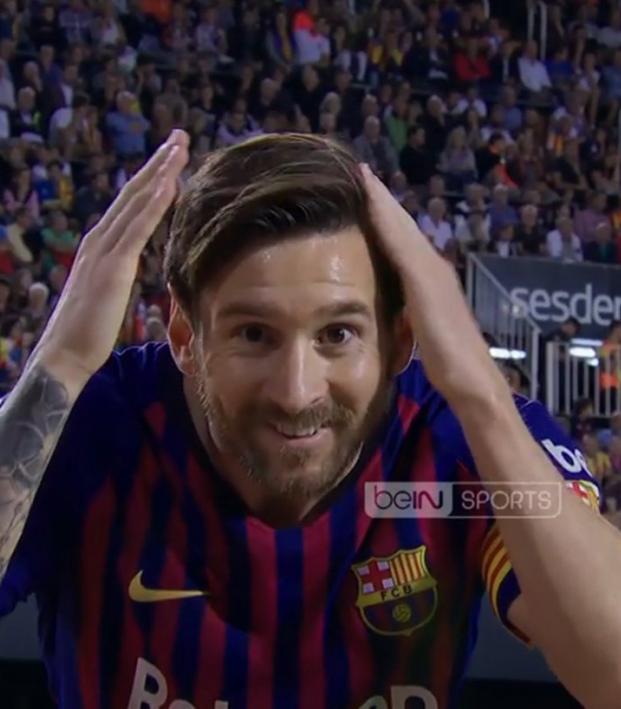 Valencia opened Sunday’s LaLiga match against Barcelona at the Mestalla in complete control. Two minutes in, Ezequiel Garay gave the hosts the lead after Thomas Vermaelen failed to deal with a corner and the ball somehow eluded Luis Suarez, Gerard Pique and Jordi Alba on its way to Garay.

Over the next 20 minutes, Michy Batshuayi forced Marc-Andre ter Stegen into a fine save and Geoffrey Kondogbia whistled an effort past the upright. Barcelona had offered little of its own in the final third, but that all changed spectacularly in the 23rd minute.

Messi dribbled directly at his markers before sending a pass through Kondogbia’s legs. On the receiving end was Suarez, who promptly one-touched the return pass back to Messi at the top of the box.

Messi then rifled a first-time effort into the corner — simply unstoppable.

Goal of Barcelona (Messi ... who else)
VAL 1-1 BAR pic.twitter.com/y0zFxxWQXh