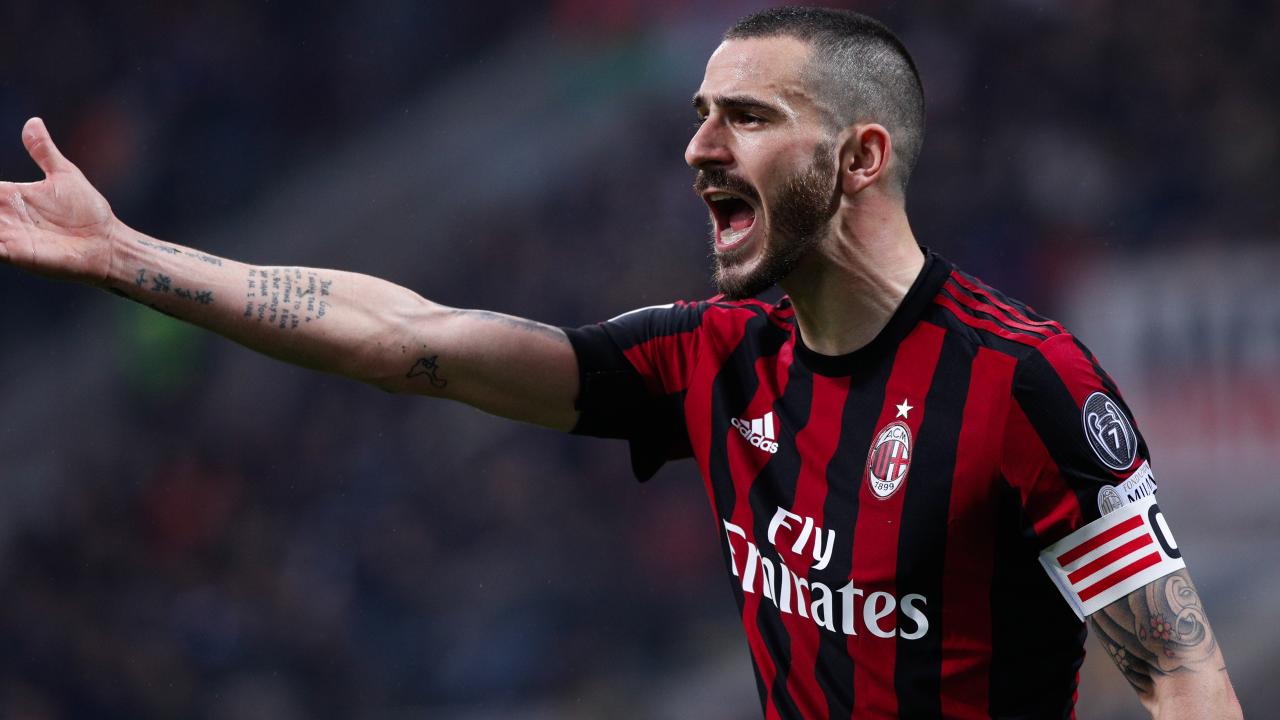 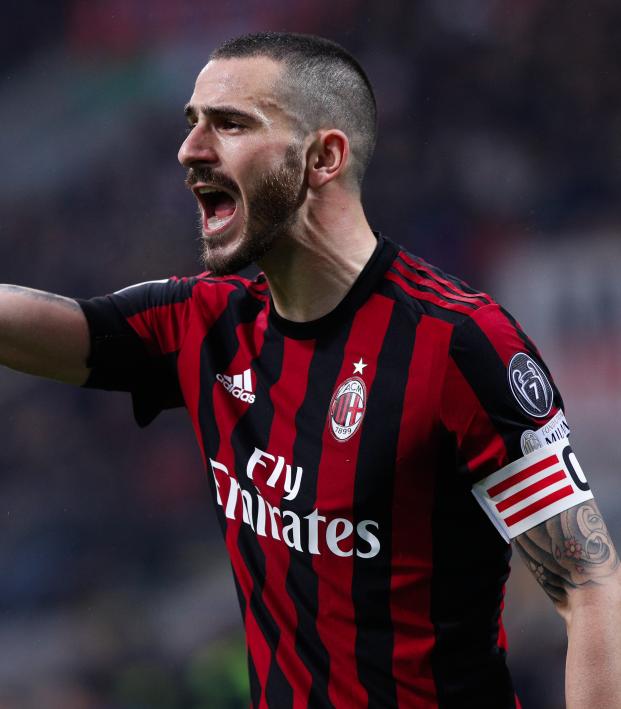 All Aboard The Milan And Juventus Transfer Merry-Go-Round

Huw Thomas August 2, 2018
With Ronaldo already in the bag, the latest Milan and Juventus transfer could steal everyone’s attention. But what exactly is going on?

You thought Cristiano Ronaldo to Juventus would be the biggest transfer of the summer? You were wrong.

Two of Italy’s biggest clubs have been busy cooking up something far more interesting and — because this is Serie A — something infinitely more complicated. Juventus and Milan have decided to lock themselves into a three-player exchange deal involving loans, buy-outs and big, big wages. So, what’s actually happening?

It’ll help to establish the players in this deal early on. First up, we’ve got Leonardo Bonucci, the Italian center back who made his name as part of Juventus’s three-man unit alongside Giorgio Chiellini and Andrea Barzagli. For years, he was considered one of the very best ball-playing defenders in the world. But after a long spell at Juventus, last summer he moved to Milan. It was an acrimonious move, exacerbated by dressing room bust-ups, but few people ever thought they’d see Bonucci back in black and white, especially just a year down the line.

Next up is Mattia Caldara, the 24-year old center back who has just completed two formative years on loan at Sampdoria, forming the bedrock of the Genovese side’s defense and earning plaudits as one of the great youth prospects in Italian football. This year, Caldara was meant to be making his glorious return to Turin, where there would be some kind of ceremonial passing of the torch from the old to the new generation. He was meant to be lining up alongside Daniele Rugani, forming the next great Juventus defense. Instead, he’s being sent south to Milan.

The final player in this complicated mess is Gonzalo Higuain. The Argentine striker has been one of the deadliest finishers in the league ever since he moved from Real Madrid to Napoli. Indeed, when Juventus decided that they desperately wanted to win the Champions League, they paid the near-€100million release clause in his Napoli contract. Two years later, Higuain has won two Serie A titles but has achieved zero European success. Now the wrong side of 30, he’s been linked to a plethora of clubs, most notably Chelsea. But now it seems that he’s going to plug one of the biggest gaps in Milan’s XI.

So those are the three players. The deal involves Caldara and Bonucci being, effectively, swapped for one another, with Higuain moving to Milan on loan with an option to buy as a sweetener.

The move has dragged out for a long time. Most transfers have a number of parties who need to be satisfied, and that’s when there’s only one player involved. With three individuals and their attendant entourages, there’s exponentially more scope for everything to collapse. But it actually seems like this move will go through. It’s the quintessential Serie A transfer, but who is really benefitting here?

On the surface level, at least, Milan are making out like bandits. They get rid of their highest paid player who no longer wants to be at the club and, in exchange, pick up one of the most vaunted young defenders in the world. Playing Caldara alongside Alessia Romagnoli could be the dominant Italian defensive unit for the next ten years. They’ll save a huge sum on wages, which will be especially useful at a time when their bookkeeping is under increased scrutiny.

Not only that, but they also deal with one of the biggest issues with their team. Last year, Nikola Kalinic huffed and puffed and never really impressed. Goalscoring duties instead fell on the shoulders of break out youngster Patrick Cutrone.

In signing Higuain on a no-obligation loan, they bring in guaranteed goals without the financial commitments which would normally be associated with signing such a player. Given that Higuain is past thirty and will soon start to decline (if he hasn’t already), rinsing one last hurrah out of him could be a transfer masterstroke.

But if Milan are such big winners, why on earth would Juventus sanction such a deal?

To understand this transfer, we need to look at Juve’s market as a whole. They’ve signed Mattia Perin, João Cancelo, and Emre Can, as well as Ronaldo. That’s a massive outlay in transfer fees, but especially in wages. As Higuain is one of their biggest earners and no longer seems to have a place in the team, simply getting his wages off the books for a year allows them to balance the budget.

But as well as financial commitments, the decision to bring in Ronaldo has echoes of the Higuain signing two years ago. Back then, Juventus were desperate to win the European Cup. They’d lost a final to Barcelona and sold Paul Pogba, investing that world record sum in Higuain, Miralem Pjanic, and a number of other high calibre players. They prioritized European success.

Two years on, they can say that they didn’t achieve it. They lost another final (to Madrid) and lost last year in the semis (also to Madrid). They can be forgiven for looking at Madrid and deciding that the key difference between the two teams was Ronaldo, who scored a fantastic bicycle kick against them.

Given Ronaldo’s age and precarious tax situation, they had the opportunity to sign the one player who, in recent seasons, has made European success his trademark. Juventus, desperate to win the Champions League, decided to make their move.

But Ronaldo is not young. To make the most of his abilities, Juventus have to be at their best right now. Sure, Caldara might well be the next great Italian center back, but he won’t be that for another two seasons, at least. Juventus have a window in which they can exploit Ronaldo’s bountiful talents and they stand a better chance of doing that with Bonucci in the side than a youngster with promise.

This is just the latest, most dramatic example of Juventus’s burning desire to win the Champions League and to win it right now. That’s why they sanctioned such a seemingly bad deal.

This move will also have wider implications around the transfer window. It likely kiboshes any hopes Chelsea had of signing Rugani but it could mean that other members of the Juventus squad are available on cut price deals. We’ve already seen Fiorentina attempt to sign Marko Pjaca and they’re unlikely to be the last team snooping around the fringes of the Juve squad.

It may also affect the ownership situation at Milan. The issue behind who actually owns the club right now is far too complicated to go into in this article, but a balancing of the books and a sensible, considered approach after last summer’s splurge could help bring in new investment, especially coupled with the decision to allow the club to compete in the Europa League.

It might also affect the title race. Once again, we’ve seen how much more valuable European success is to Juventus and they’re unlikely to play their stars week in, week out against the likes of Chievo (though there has already been a notable increase in ticket prices for fixtures involving Juve, a kind of Ronaldo tax). As such, a club like Napoli, Roma, or – in particular – Inter could sneak in and snatch the title while Juventus’s attention is elsewhere.

An announcement of the deal seems imminent. In other words, one of the most complicated Milan and Juventus transfer stories of all time has actually gone through. In the immediate aftermath, there’s always a desire to declare one club the “winner.” But this particular deal is less about which players moved for whatever amounts, and more an ideological difference between teams opting for short-term and long-term thinking.

If, in two years’ time, Juventus has won two UCL titles and Bonucci’s played a big role, then Juventus will be more than happy with the deal. But if they fail, they may look back on this summer with a huge amount of regret.

For Milan, the stakes are much lower. But until their ownership situation is resolved, it’s hard to know whether this long-term, considered thinking will still be in place next summer.

Right now, however, the deal definitely seems to favor Milan. All that remains is for Juventus to demonstrate just how important Bonucci is to their team. Put simply, they have to win and they have to win big. This transfer simply ups the stakes.