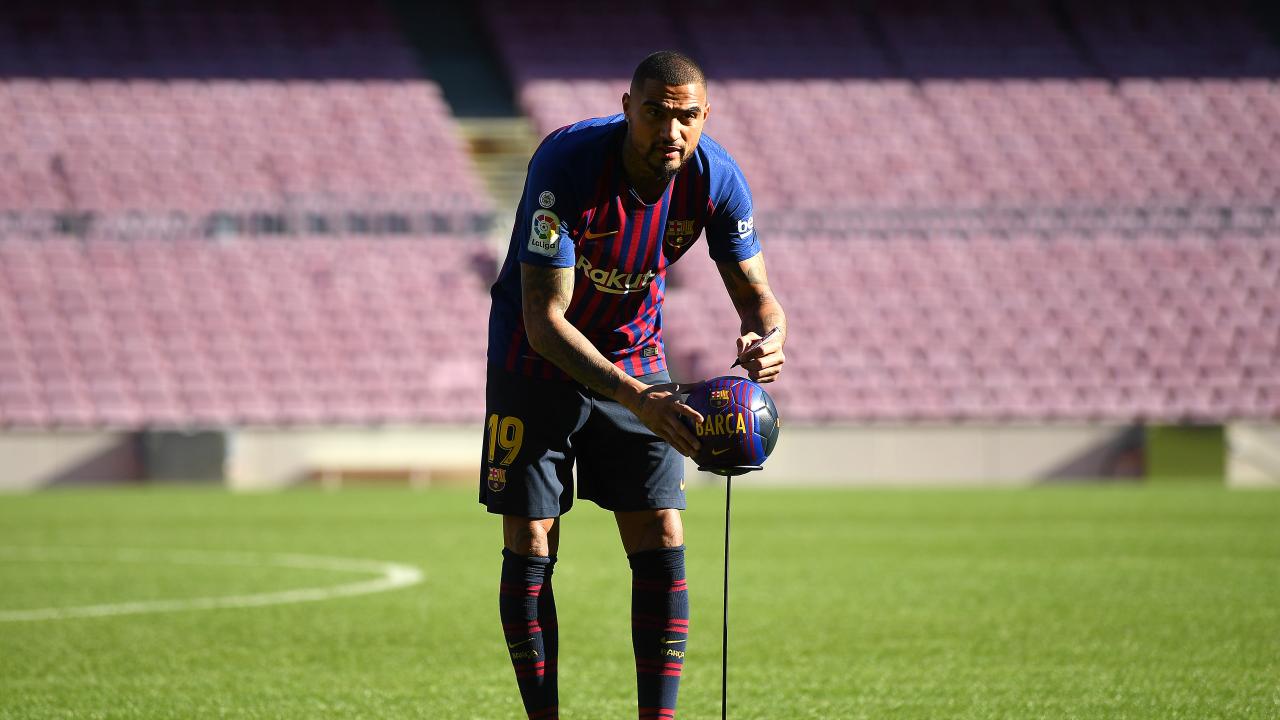 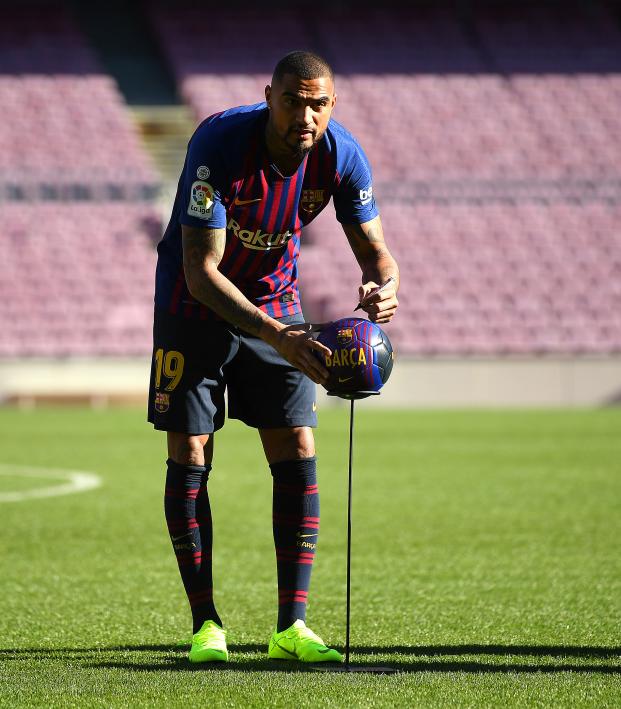 If Your Child Wants To Be Like Messi, Tell Them Kevin-Prince Boateng Works Too

Connor Fleming January 22, 2019
The 31-year-old landed at his 10th professional club on Monday — it's the five-time European champs.

Every child dreams of becoming the next Lionel Messi, and I don’t think that should be discouraged. However, it might not be a bad bit of parenting to tell your children that it’s OK to aim for the next Maxwell, Alexander Hleb, Aleix Vidal, Thomas Vermaelen, Paulinho or Kevin-Prince Boateng as well — that’s probably the surest way of representing the Blaugrana as a professional.

These are the somewhat old, somewhat weird transfer dealings of the five-time European champions, and in a strange way, they make perfect sense.

Kevin-Prince Boateng was announced as a Barca player on Monday, making a $1.15 million loan switch (which can be made permanent in the summer for an additional $9 million) from Italy’s Sassuolo.

Boateng has been signed as Luis Suarez’s backup for the remainder of the season, but the 31-year-old journeyman (this is the 10th club of his career) arrives in Catalonia on the back of a campaign that’s seen him score four goals in 13 Serie A appearances. And that’s not unusual for the German-Ghanian forward — his career best was the 10 goals he scored in 31 LaLiga games for Las Palmas back during the 2016-17 season.

However, Boateng checks a number of boxes for Barcelona: (1) He has legs and can thus give 31-year-old Suarez a much-needed break during the crunch period of the season. Although Suarez’s LaLiga numbers are again sensational, much has been made of the fact that he’s scored only four goals in his last 23 Champions League games. (2) Boateng is experienced but totally willing to be a backup. (3) He’s cheap.

Because of the difficulty in breaking into Barca’s starting eleven (the likes of Gerard Pique, Suarez, Sergio Busquets and Lionel Messi have been untouchable for thousands of years), the club has always struggled to find the appropriate balance in depth at key positions. You’re never going to find a player willing to rot on the bench during the prime of their career, but it’s risky to make an unproven 20-year-old a key deputy.

And this bit of roster building is also greatly complicated by the financial stress of the club’s wage bill. According to UEFA, Barcelona’s wage bill for the 2017 financial year was $430 million. That was second in the world, behind only Real Madrid at $461.5 million.

According to Sid Lowe, 70 percent of Barca’s budget went to salaries last year. That number is now at 66 percent, which the board still views as being too high.

So where to find a cheap player that's of the requisite talent for FC Barcelona but who doesn't mind not playing for long periods of time?

That’s where the fun transfers start, the ones that stand in such stark contrast to mega signings like Philippe Coutinho ($137M), Ousmane Dembele ($120M), Suarez ($95M) and Zlatan Ibrahimovic ($80M).

Paulinho, of course, was shipped right back to China after one successful season in Catalonia. He was replaced by another surprise purchase, although to a lesser degree, in Arturo Vidal ($24M).

The long term solution in midfield appears to be Adrien Rabiot, who’ll join on a free transfer from PSG in the summer. But up top, it’s clear that Barcelona was left scrambling (and still is) by Antoine Griezmann’s decision to stay in Madrid.