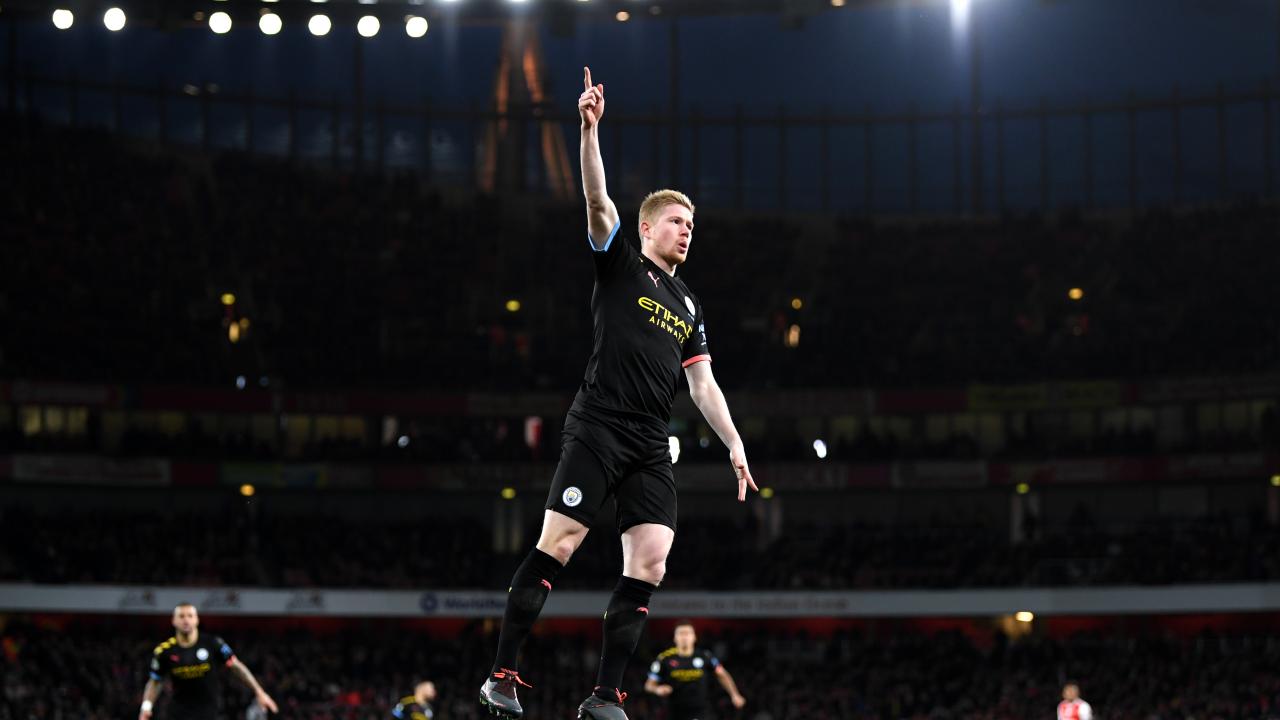 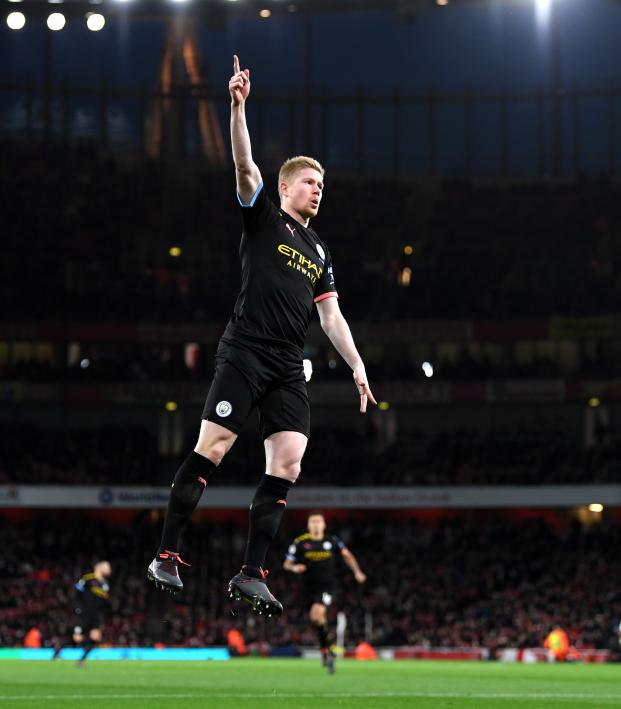 Kevin De Bruyne is not the fastest player. He’s not the strongest nor is he even particularly physically imposing. But De Bruyne vs Arsenal was an absolute joy to watch on Sunday.

De Bruyne had two goals and an assist in the first half alone as Manchester City ripped Arsenal to shreds 3-0 at the Emirates on Sunday. The redheaded Belgian was at his glorious best, dictating the match and providing fantastic finishes. If not for Gunners keeper Bernd Leno, KDB would’ve had at least three or four goals.

Arsenal’s torpor this season continued with another insipid performance. Despite firing Unai Emery, the Gunners haven’t shown any will to change the narrative of this season.

While few expected Arsenal to win on Sunday, it’s still jolting to see the once-proud club play so uninspiringly at home.

Then again, it’s hard to slow down Kevin De Bruyne when he’s in full form, as he was in the first half Sunday.

Fernandinho cruised into the midfield unbothered by any defenders to play the ball in to Gabriel Jesus. The Brazilian forward found little resistance in the box before playing a ball across to KDB, completely unmarked at the back post. The finish wasn’t anything too spectacular, but it was the perfect shot for the situation to put the Citizens up early.

City tore Arsenal apart again in the 15th minute, quickly going from one side of the pitch to the other with De Bruyne leading the way.

The Belgian weaved into the box before crossing to a wide-open Raheem Sterling to make it 2-0.

Fortunately for Arsenal, Sead Kolasinac would be subbed out with an injury and the back-post woes slightly improved with the introduction of 18-year-old winger Bukayo Saka at left back.

Five minutes before halftime, the Belgian struck again, brushing off a challenge from Matteo Guendouzi (who we should call out for having flopped earlier in the match). De Bruyne then brilliantly curled in a shot from 20 yards to essentially end the match within 40 minutes.

Moments later De Bruyne nearly completed his hat trick with a long-range drive but for a stunning save from Leno.

Not that it mattered; the match was already over.

While players like Gabriel Martinelli and Saka didn’t give up in the second half, Arsenal fans showed their displeasure with the team by booing others like Mesut Özil and leaving the match early.

Özil might be done with the club after Arsenal refused to stand by him regarding the No. 10’s condemnation of China’s treatment of Uyghurs.

As for City, the three points pulled the Citizens back to within 14 points of Liverpool, four back of second-place Leicester City. Arsenal is stuck in ninth with as many losses as wins (five) and seven points back of fourth-place Chelsea.