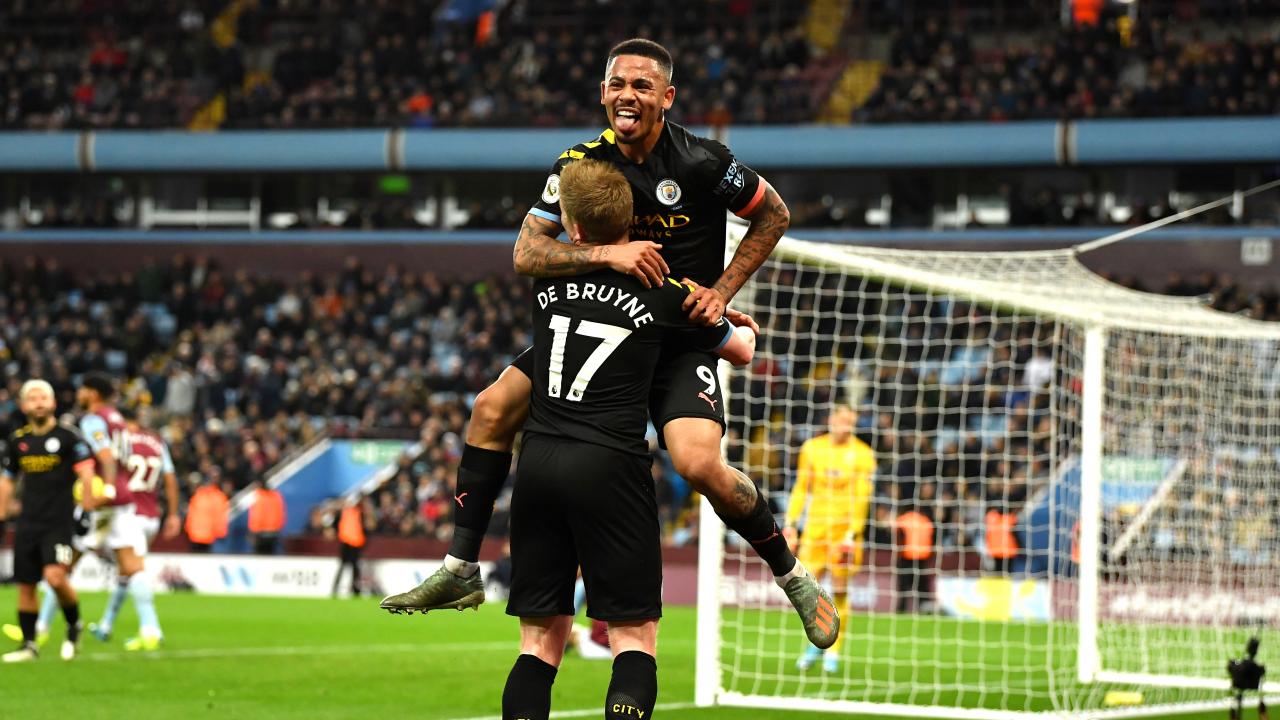 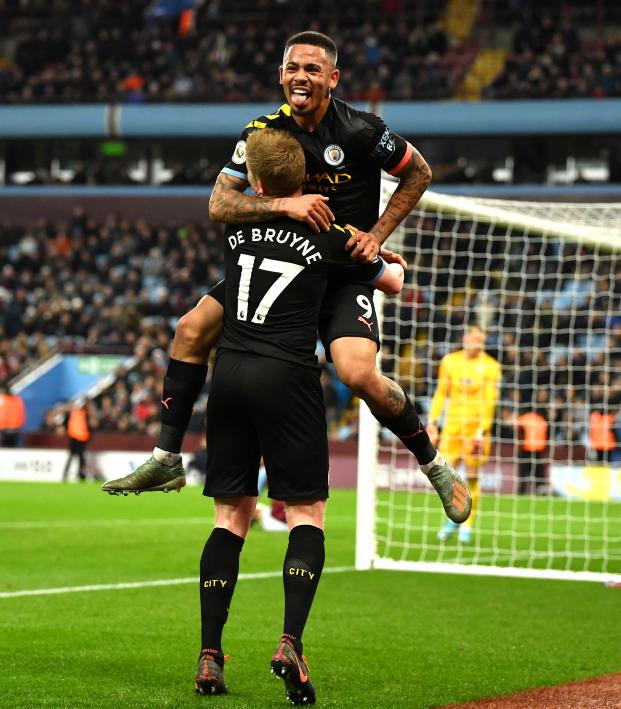 Kevin De Bruyne exited the pitch in the 63rd-minute of Manchester City’s victory over Aston Villa on Sunday with his side leading 5-0 and with two assists to his name. As the final scoreline of 6-1 suggests, it was pure perfection from City with Sergio Agüero (three goals, one assist), Riyad Mahrez (two goals, one assist), Gabriel Jesus (one goal, one assist), David Silva (one assist) and De Bruyne putting on a masterclass at Villa Park.

It’s impossible to single out one player for praise in the face of such team-wide excellence, but we’ll go ahead and detail the performance of De Bruyne since one of his assists was simply outlandish.

The Belgian playmaker was somewhat involved in City’s first as he dummied a pass from Agüero and allowed Mahrez to take possession out wide. Mahrez did the rest from there after dicing Danny Drinkwater before finishing at the near post.

That set the stage for De Bruyne’s first assist of the evening, but this was all about the finish from Agüero.

City’s remarkable first half performance was then accented by De Bruyne’s incredible pass in stoppage time. After striding through Villa’s midfield from the halfway line, De Bruyne hammered an early cross for Jesus to finish from close range.

De Bruyne now has 14 assists on the season, which is the highest total in all of Europe’s top five leagues. Bayern Munich’s Thomas Müller is in second with 11, while Liverpool’s Trent Alexander-Arnold is second in the PL with 8. The Belgian was almost perfect with his distribution today, as was David Silva. The 34-year-old Spaniard completed 95 percent of his passes (77 of 81) while creating five chances.

Here’s the assist Silva registered on City’s fifth goal of the game, finished by Agüero.

Agüero would make it six after completing his hat-trick in the 81st minute. This was the Argentine’s record-setting 12th PL hat-trick, moving him ahead of Alan Shearer. He’s also now the highest-scoring foreign player in PL history with 177 goals. Thierry Henry scored 175.

MOST HAT TRICKS IN PL HISTORY

The victory pushed City up to second in the table, 14 points behind Liverpool. Villa is in 18th and one point from safety with 16 matches remaining.