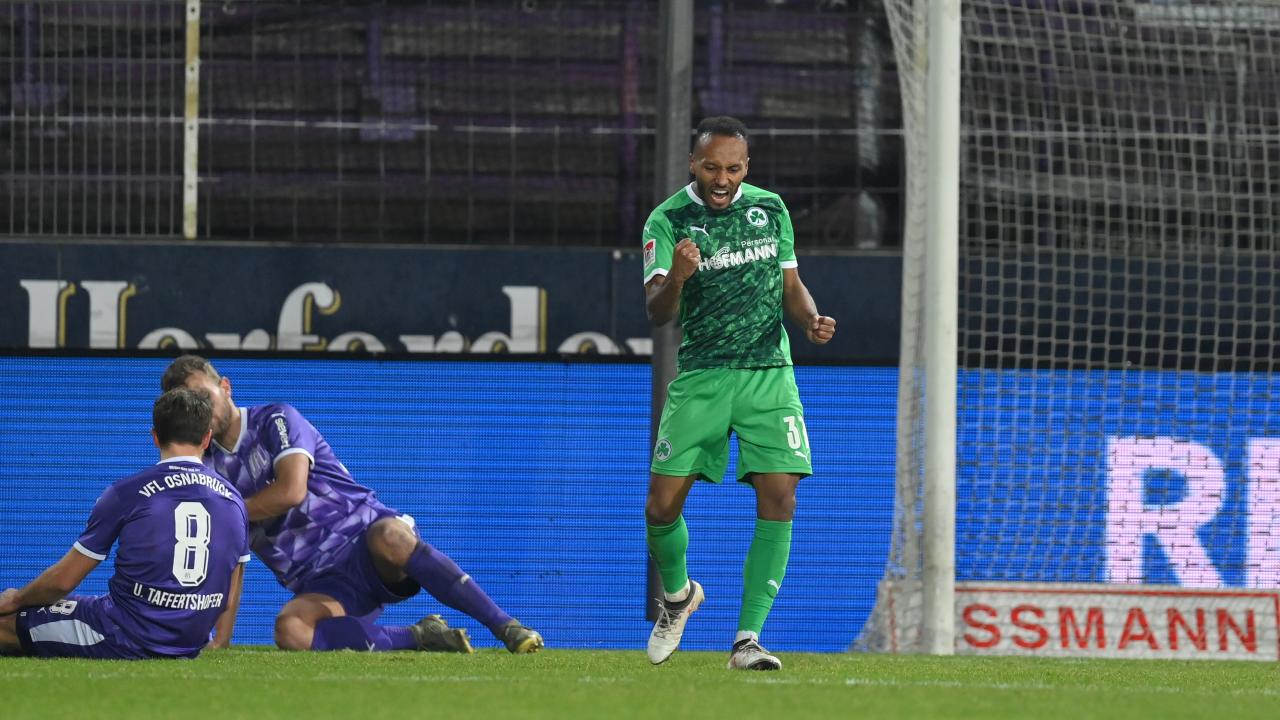 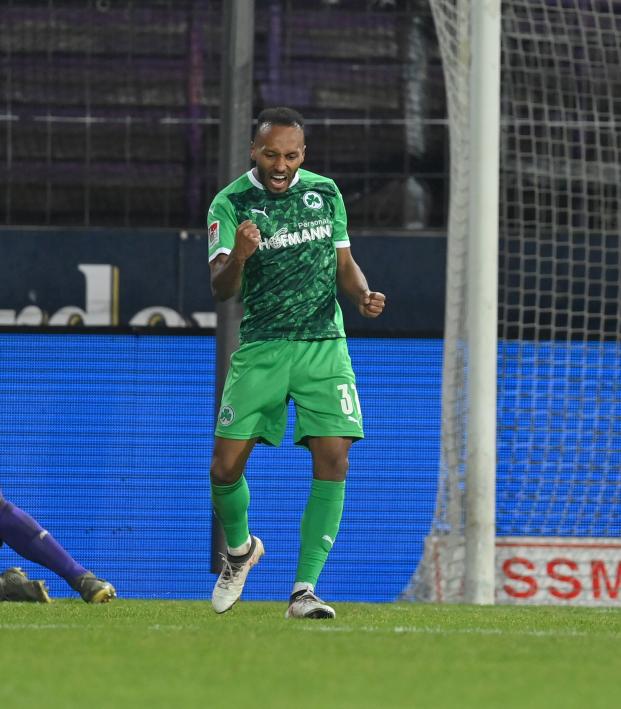 Nick Rumpf January 31, 2021
The USMNT man is enjoying his most productive spell in ages.

USMNT midfielder Julian Green kept up his red-hot form in the 2.Bundesliga on Friday with a goal in his third consecutive game.

Green and Bavarian side Greuther Fürth find themselves in a strong position to make a push for promotion to the Bundesliga halfway through the season, just one point off the third-place spot that would secure a playoff against the side that finishes 16th in the top flight. Green is now the joint-top scorer for Fürth alongside Branimir Hrgota, with seven goals apiece.

The 25-year-old has scored four goals and added an assist in his last six games and is one of the most in-form players in the division.

After another goal today, Julian Green (25) now sits on 8 goals and 3 assists on the season for Greuther Fürth, who remain firmly in the promotion race to the Bundesliga.

Low-key one of the most in form USMNT prospects currently. pic.twitter.com/x4IAs43SXZ

Green scored against fellow promotion-hunters Dusseldorf after bringing down a lofted ball from Hrgota off his chest to put his side up 2-0 in an eventual 3-3 draw.

Julian Green with the goal for Greuther Furth. #USMNT pic.twitter.com/aQfhD28qmW

He followed that up four days later with the game-winning goal in a 1-0 victory over VfL Osnabrück by burying a rebound that fell to him after a slip from the defender.

Green's most recent strike came on Friday in a 3-0 win over Erzgebirge Aue.

Julian Green is on , scoring in his third straight game, giving him five goals in 10 matches. His Furth side is also back in the promotion zone.

Green’s case for a #USMNT call-up in March (and his first call-up from Gregg Berhalter) keeps getting stronger. pic.twitter.com/Z1zLvyjiPt

What is evident from Green's recent displays is his knack of getting into dangerous positions from midfield. Green started out playing mostly as an attacker but found himself in a role similar to that which he played in youth teams upon arrival at Fürth and has flourished under manager Stefan Leitl.

"I've not ever had a real position. And at Bayern I played as a striker, as a winger, and there really wasn't a position for me. But then I came to Fürth and started playing in the middle, and I think that was a very good decision. That's my favorite and best position ... we have the ball a lot, we want to dominate the game, and that's what's good for me," Green recently told ESPN.

He has looked right at home in Leitl's attack-heavy side, saying, "I think my style of playing just fits in this team and in our group ... If our coach would like to play just long balls and make counterattacks, maybe I wouldn't be the perfect player for that. But we want the ball, we want to play between the lines and go forward."

Green last represented the national team in November 2018, but he's reiterated his desire to regain a spot in the side. Ahead of missing out on the November camp, Green mentioned that he felt he was a good fit for the style coach Gregg Berhalter attempts to play.

“I hope to be invited. Gregg Berhalter is trying to play a more possession-based system. His vision to disrupt the opponent through possession is the right one. I feel that I can help the team in possession because it’s my strength.” pic.twitter.com/iUhugprqSp

For his part, Berhalter acknowledged Green's recent form, saying the midfielder is worthy of a call-up but they haven't had a chance to bring him in yet. His next opportunity could come in the international window in March, though at present the USMNT has not yet scheduled fixtures for that period.

Green ranks just outside the top 20 in the league in both key passes and dribbles per game, with 1.3 of each. He is also within the top 30 in pass success percentage (83.8) and is among just a handful of attacking midfielders in that group. That success rate is impressive considering he often looks to make progressive and potentially risky passes.

Greuther Furth next takes on Josh Sargent's Werder Bremen in the DFB-Pokal before returning to league play against basement dwellers Wuerzburger Kickers, which has the worst defensive record in the division. After that comes a potentially season-defining run of games against first-placed Hamburg, third-placed Holstein Kiel and eighth-placed Hannover.