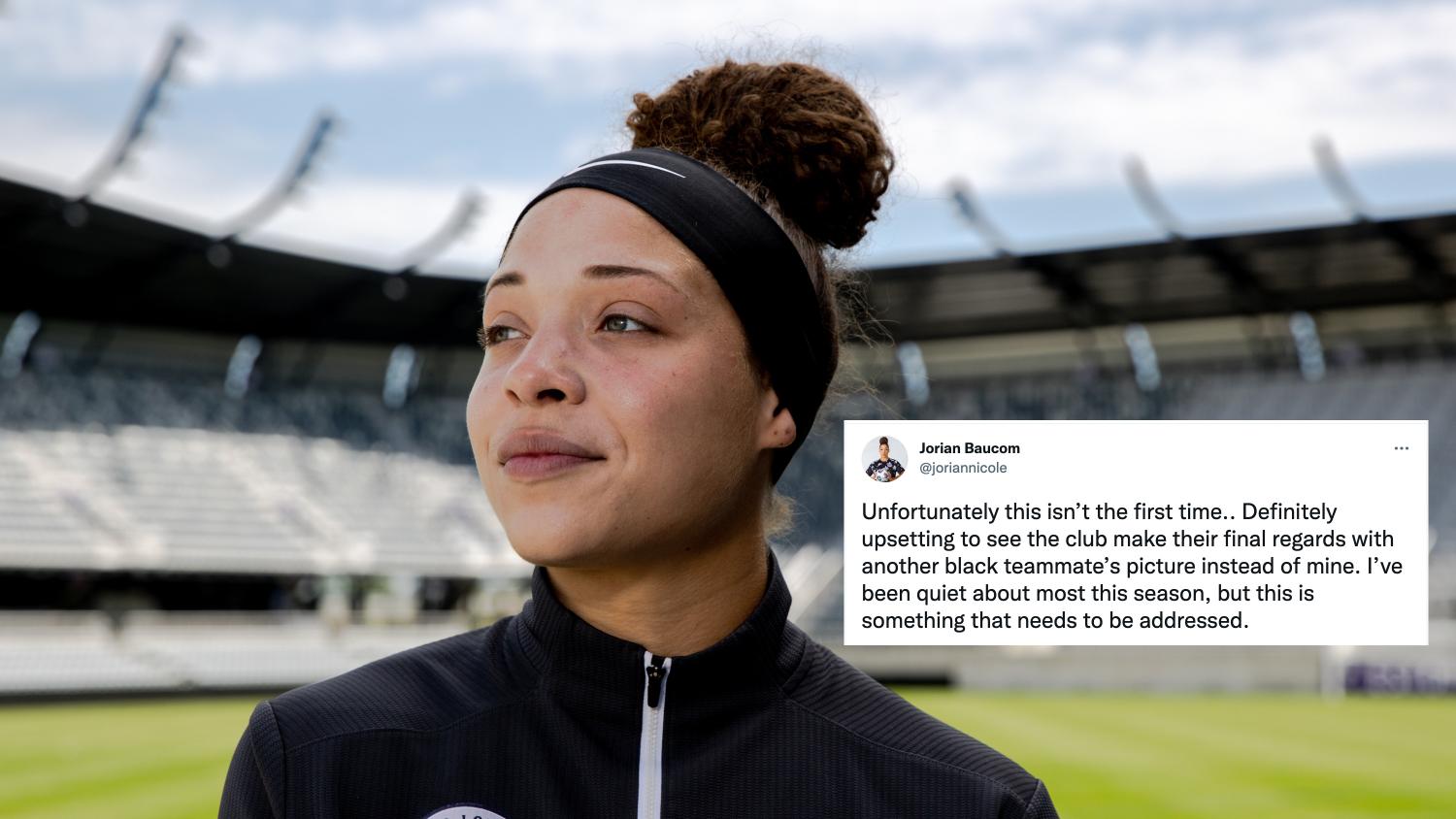 It’s a busy time in the NWSL. Players are coming and going across the league, from big-name stars to lesser-known role players ahead of next week’s NWSL Expansion Draft and NWSL Draft. But that doesn’t excuse what Racing Louisville did this week.

In announcing a number of roster changes at the start of the offseason, Racing Louisville said farewell to forward Jorian Baucom, who made 12 appearances during the 2021 NWSL season. Except the graphic used to say goodbye for some reason featured Baucom and forward Ebony Salmon, who was not released by the club.

Unsurprisingly, Baucom was not pleased. It’s bad enough to lose your job, but to be disrespected in a racially discriminatory manner on the way out is just salt in the wound.

Unfortunately this isn’t the first time.. Definitely upsetting to see the club make their final regards with another black teammate’s picture instead of mine. I’ve been quiet about most this season, but this is something that needs to be addressed. pic.twitter.com/fMspWeAGng

Yes, that’s Salmon in the photo on the right. Apparently, the Racing Louisville social media team couldn’t take the time to pick a photo of the player involved and just saw a Black woman and figured it was good enough?

This isn’t the first time we’ve seen a case of mistaken identity involving a Black footballer, nor will it be the last. It’s far too common in Europe, where Édouard Mendy and his cousin Ferland Mendy recently had to chastise media for using their images in an unrelated rape case.

Racing eventually replaced the post with an image that included all three photos of Baucom, so we can’t embed the original tweet featuring the wrong player.

However, the club didn’t initially provide any sort of acknowledgement of wrongdoing or public apology to Baucom.

The post has been fixed, but a simple acknowledgment or an apology of the mistake would’ve been nice.

Racing Louisville eventually did make an apology (and not a shitty one like you too often see), but not until a day later.

Given all of the negative press the NWSL has received this season — from Paul Riley to Richie Burke to Rory Dames and more — it’s not a great look when even the social media teams are making mistakes like this. The league must do better.

And hopefully Jorian Baucom, who played for LSU and Colorado in college before embarking on a pro career that has included stops in Houston, Prague and Duisburg, finds a new home that can at the very least remember what she looks like.

Also on Thursday, Racing Louisville announced its new coach, Kim Björkegren, yet another white man coaching in the NWSL, because apparently not enough of them were fired this year. But hey, at least Racing said the NWSL did “extensive background checks.”