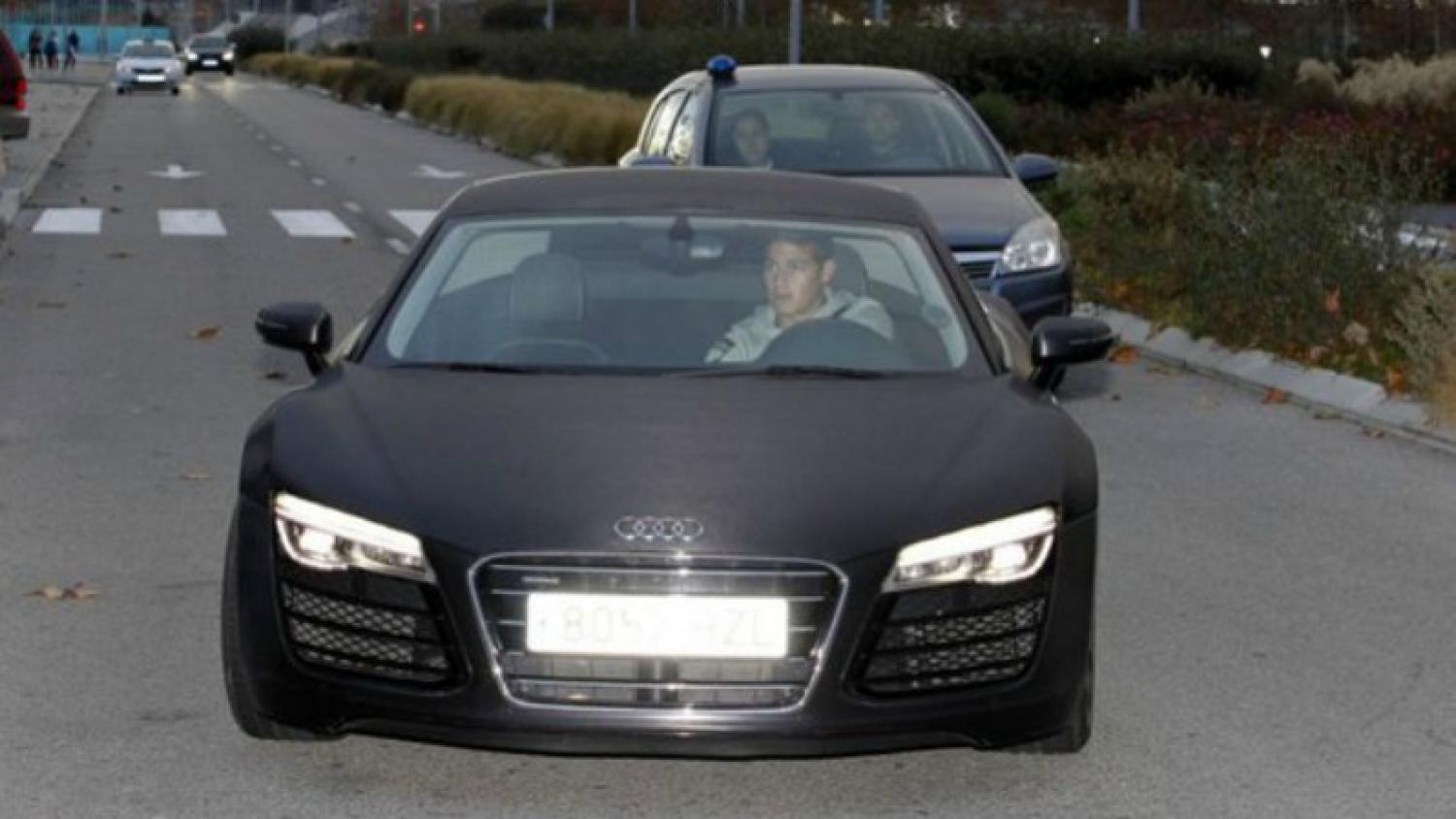 Real Madrid star James Rodriguez led Madrid police on a 125 m.p.h. chase, so we compared each of Real Madrid's preferred XI to characters from the "Fast and the Furious" universe.
Photo: @VICESports | Twitter

On his way to a recent Real Madrid training, James Rodriguez reportedly led police on a 125 m.p.h. car chase, for whatever reason. This got us thinking about car chases, which, naturally, led to us thinking about The Fast and the Furious.

The we thought it would be fun to compare Real Madrid players to Fast and the Furious characters. So that's what we did.

The wild card, liable to do anything at any time, like completely whiff on landing a parachuting car on a mountainside, or help blackmail a national team teammate with a sex tape he made.

Lucas Black, or whatever the protagonist in Fast and the Furious: Tokyo Drift's name is, we don't remember.

This season has kind of been like Fast and the Furious: Tokyo Drift, in that they tried to give the team/movie franchise to a shiny up-and-comer (Bale/Black) and move it away from the engine of the whole thing (Ronaldo/O'Conner). It didn't work in either case, so we got four more Paul Walker movies and Rafa Benitez lost his job.

The one we can most easily picture in a romantic relationship with Ronaldo.

Kroos is reliable, and he bails the team out when it's in trouble. Just like Tej.

A fringe character who has long blonde hair. This one's a bit of a reach, but it just occurred to us we don't know much about Luka Modric.

Marcelo looked like one of Madrid's shining stars this season, until he got hurt. Haven't heard much from him since. Han was the most likeable character in Tokyo Drift until Jason Statham killed him. RIP.

He goes mostly unnoticed until you really need him, then shows up an stops you from being machine-gunned by Jason Statham/counterattacked.

He shows up late in the series and saves everybody's butts a few times, despite being regarded as a bad guy during his first appearance. Sounds like Navas, who didn't win any popularity contests during the whole Davod de Gea thing, but redeemed himself by turning out to be one of the most effective keepers in Europe this season.

We're talking Fast Five Vince here, not The Fast and the Furious Vince: not super likeable and dies really early in the movie. Sorry buddy.

Now, we just have to see if Real Madrid can make it through the rest of the season without crashing and burning.