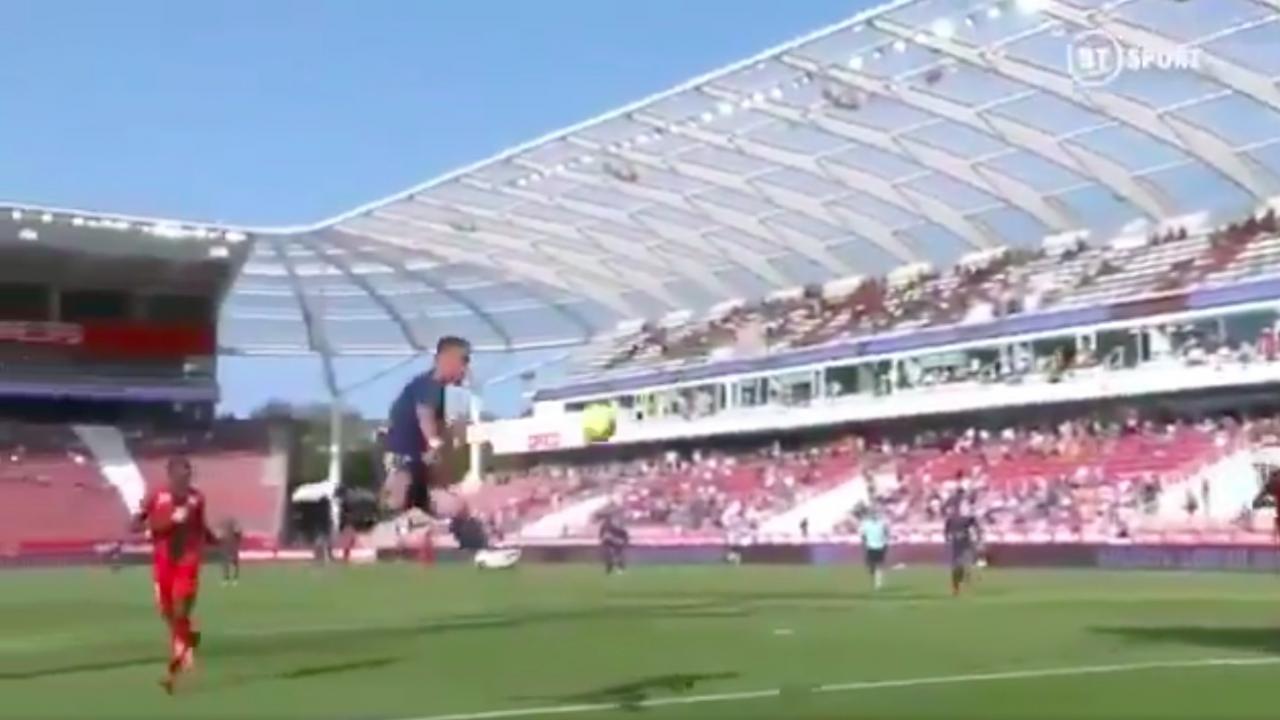 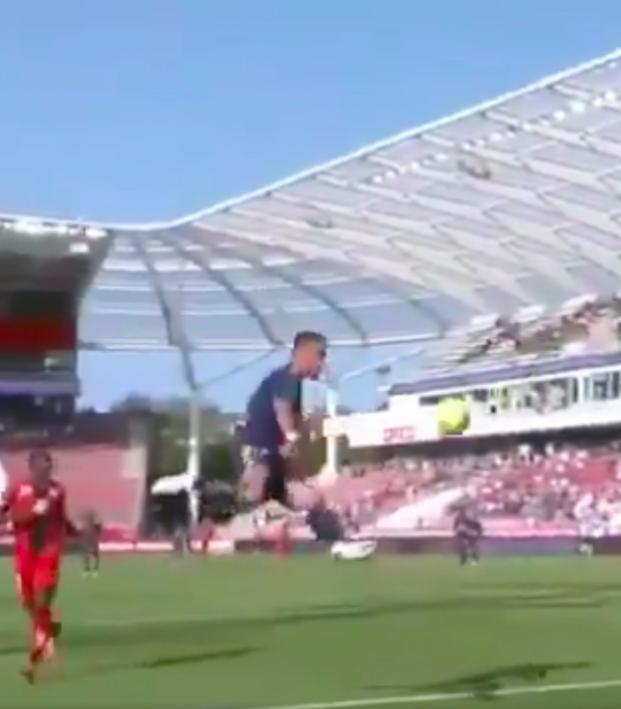 Irvin Cardona Walks On Air While Smashing A Gravity-Defying Volley

Brest defeated Dijon 2-0 in Ligue 1 action on Sunday after Romain Perraud opened the scoring in the 42nd minute before Irvin Cardona added the insurance goal in the fifth-minute of second half stoppage time.

“Insurance goal” is one way to frame it. Another is a gravity-defying piece of exceptionalism that only belongs in the Shaolin Soccer film.

The 23-year-old Frenchman leapt off his left foot, brought his right leg forward before cocking it back like a howitzer artillery piece and smashed a volley into the roof of the net while the goalkeeper could only instinctively preserve the connection between his head and the rest of his body.

This is the goal that defies physics. Irvin Cardona for Brest pic.twitter.com/sNpDRRSDk9

Fam. This volley from Irvin Cardona. It makes NO SENSE!!!!! pic.twitter.com/cV6uvTnSqR

If the Puskas Award is cancelled as well, can we at least give Brest’s Irvin Cardona a lifetime achievement award next year for scoring the first ever goal on the moon pic.twitter.com/xLiQ3d33J8