Inter’s Season Will Be Defined By Response To First Loss

So far, Inter Milan has had an excellent season. A mere glance at the table going into this weekend would reveal as much, as they sat in first place, ahead of Juventus and Napoli. Going into the season, not many people expected too much from the Milanese club. A top-four finish seemed the best they could hope for.

A title challenge was dismissed out of hand. But here we are, neatly halfway through the season and Luciano Spaletti’s men are in a fine position to snatch back their first title since Jose Mourinho left. Indeed, they were unbeaten in the league, yet to taste defeat in their path to the top of the table. Real belief had taken hold: This could be Inter’s year.

There are plenty of reasons for this. Careful and considered stewardship of the club, the kind of clever management that’s been thrown in sharp relief thanks to the perils of Inter’s crosstown rival. There’s the lack of European football and a general disinterest in the Coppa Italia, meaning the coach has had more time to prep his squad for each game.

But the real driving force behind Inter’s success this year has been its balance. Three signings made in the summer have succeeded in improving the team, adding cohesion and fluidity to a formerly disjointed set-up. At the back, Milan Škriniar has settled a defense which was far too error prone. Borja Valero has brought a calm to the center of the pitch. Most importantly, the appointment of Spaletti has brought a truly clever manager to the club for the first time since their treble triumph.

Everything was looking good for Inter. Unbeaten and having survived an away trip to Juventus with a clean sheet, they seemed set to end the first half of the season as league leaders. A home tie against Udinese seemed fairly run of the mill. But it didn’t turn out that way.

Right from the off, there were auspicious signs. The club had released a Christmas single called Inter Bells, in which the players repurposed the familiar Christmas tune Jingle Bells. In terms of bizarre Serie A marketing ventures, it wasn’t a patch on Napoli’s annual calendar. Furthermore, they had failed to win a game in normal time since the release. Still, the fans were singing it in the San Siro stands.

Once the match started, Inter began playing its usual game. Not necessarily pretty but certainly effective. But it was Udinese that opened the scoring. Kevin Lasagne caught a foot against a deflected shot and turned the ball into the net. Inter was one goal down.

They leveled quickly. As with so many of Inter’s goals this season, the chance came from a bursting run down the line and a cross into the box, turned in by Mauro Icardi. Often this season, Inter has been pragmatic, ruthless and just a little bit lucky. These three qualities seemed to be on show again as everyone expected them to go on to win the game.

After halftime, with the scores level, Inter continued to threaten. Chances went just wide or hit against the post. In other games this season, these shooting opportunities would have resulted in goals. Not so on this occasion. There was no doubt that Inter was not outplaying its opponents, it just couldn’t make its chances count.

That wasn’t a problem for Udinese. A hopeful ball into the Inter box turned into a VAR decision and the referee decided that the ball had been handled. The spot kick was converted and Udinese retook the lead. Again, the expectation seemed to be that Inter had the tools to take back the game. However, Škriniar’s header clattering off the crossbar seemed to be evidence that this was not their lucky day.

With just over 10 minutes to go and with Inter still looking for an equalizer, Udinese broke down the flank. They drilled in a cross and found Antonin Barak, who looped a chip over Samir Handanovic and sealed all three points for the visitors. Udinese had ridden its luck, taken its opportunities and even scored a trademark Inter goal. They’d done to Inter what Inter had done to so many teams this year.

And thus, the only unbeaten team in Serie A is no longer unbeaten. Napoli, Juve and Roma all won their games, though Roma needed a last-second hand-balled goal to secure the win. It means that four points separates the top four teams, two of whom (Roma and Juventus) must play each other this coming weekend.

The unbeaten run might be over and the loss might be annoying, but things are far from worrying at Inter right now. This is the first time this season that they’ve tasted defeat and how they respond to it will be an indication of their mettle. 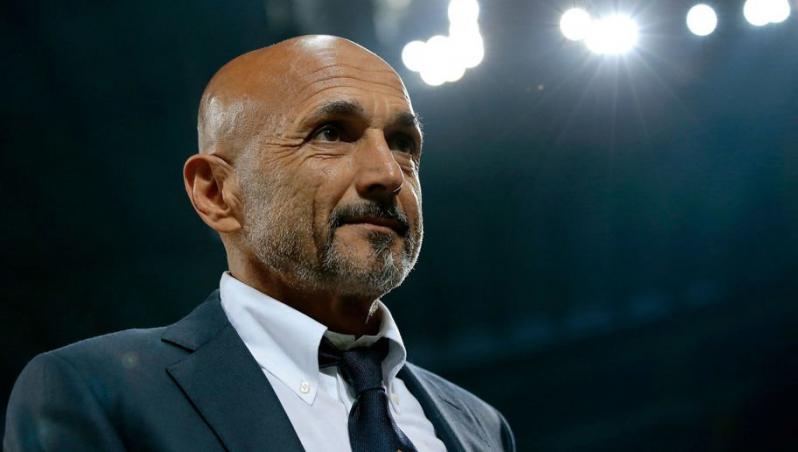 Seeing as the defeat wasn’t really the case of being outplayed or outcoached — more so, it being just one of those games — there’s not much that necessarily needs to change in the coming games. But Spaletti must repair the team’s confidence, convince them again that the league is there to be won.

If he can do that, if he can attune their winning instincts and go on another long unbeaten stretch, then there’s no reason why Inter cannot win the title. In the long term, this one loss might be more educational than all their other games.

Inter may have lost the points but they could gain far more from this one defeat than all of their victories combined. Right now, it’s on the manager to make sure that this loss becomes a learning experience.