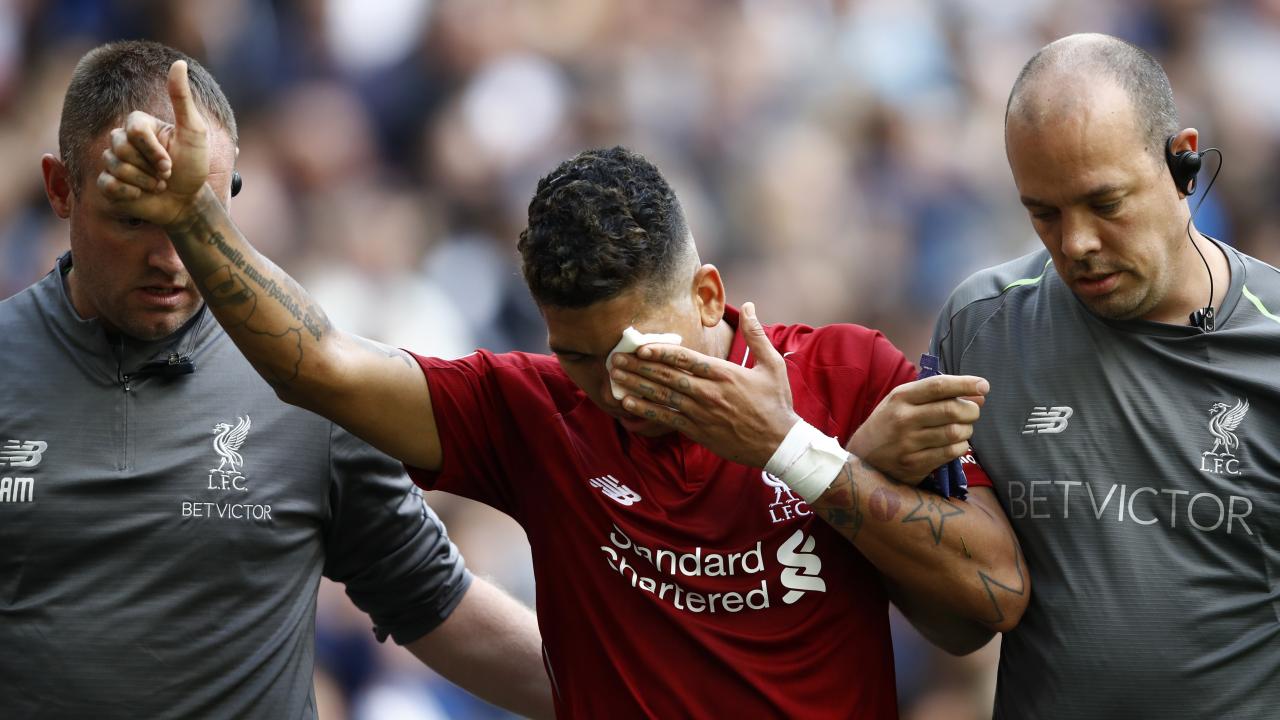 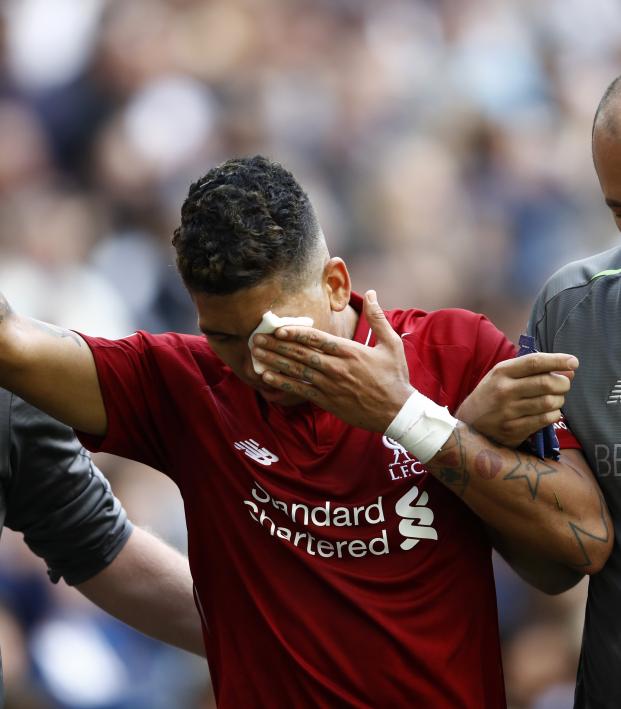 Travis Yoesting September 15, 2018
Liverpool's Roberto Firmino took a finger to the eye from Jan Vertonghen and it wasn't pretty.

Liverpool defeated Tottenham 2-1 with relative ease on Saturday. The Reds look like one of the best teams in England, if not Europe, right now after winning five straight to start the season. But a Roberto Firmino eye injury could put a damper on the high-flying start for Jurgen Klopp’s side.

(Warning: The images below are graphic. Proceed with discretion.)

Bobby Firmino scored the match winner against Tottenham, an easy finish after a menacing run and cross from Sadio Mané. Here is the goal to give you a buffer before you decide if you want to see the eye poke.

But the Brazilian striker had to come off in the 74th minute after taking a finger from Jan Vertonghen. The images that came out after the match show the gruesome nature of the Firmino eye injury.

Apparently this was a foul, on Jan Vertonghen.  pic.twitter.com/aeLLWsWIdB

Yikes. That hurts to just look at.

Klopp spoke about the Firmino eye injury after the match.

“I’m not sure, but there may be an injury with Roberto, we don’t know exactly in the moment,” Klopp told reporters. “It’s something with his eye, we will see.

“I didn’t see it back. I only saw the situation from around 60 yards. I have no clue what exactly happened. But it’s something with the eye and for sure in the moment it’s not comfortable for him. We will see.”

Liverpool will hope Firmino can play in the Champions League clash with Paris Saint-Germain on Tuesday, but given the above images, he’ll be lucky if he can see straight by Tuesday.

Vertonghen did not have a great game. Spurs struggled to contain Liverpool throughout the match and had Mohamed Salah been more unselfish the Reds would have scored four or five. Vertonghen also got away with a foul in the box on a corner kick, but Georginio Wijnaldum scored on the play anyway.

But there is no excuse for sticking a finger in someone’s eye.

If ever there was a need for some eye bleach, this is it. Here you go: