Russia, The Lowest-Ranked Team At The World Cup, Pulls Off The Mother Of All Upsets 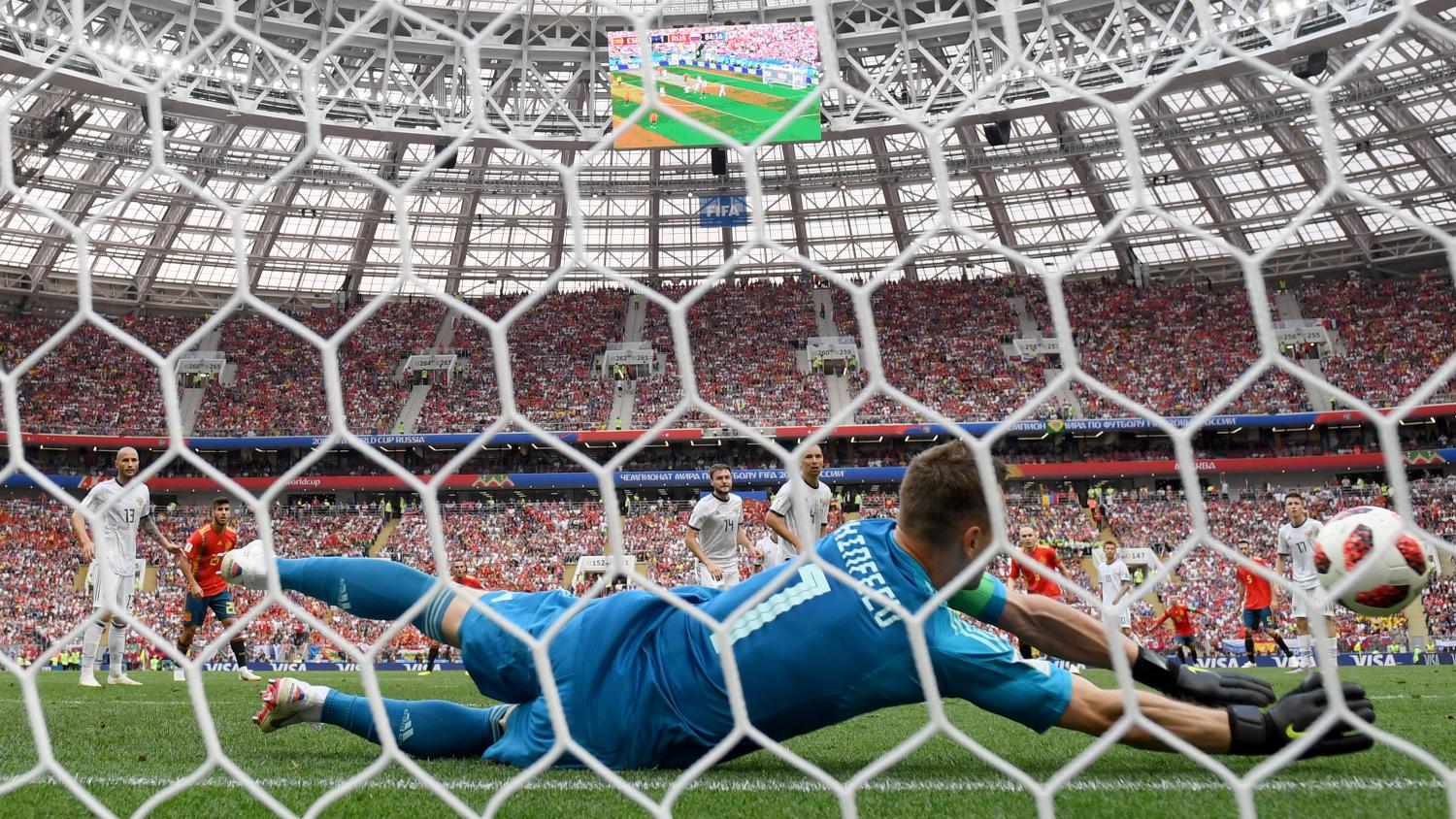 Spain controlled nearly 80 percent of possession, out-passed Russia 1,005 to 191 and attempted 24 shots compared to Russia’s seven, but all those stats are so entirely meaningless in the face of what’s transpired today: Russia has stunned Spain on penalties thanks to the heroics of goalkeeper Igor Akinfeev.

Russia, with 80,000 countrymen cheering them on in Moscow, were stone cold in the shootout, burying all four kicks form the spot. Spain, on the other hand, saw Rodrigo’s shot saved before Akinfeev denied Iago Aspas with a wonder stop.

We’ll admit it: our Isco love-in started entirely too early. Right from the off, it was clear that the Real Madrid wizard had been handed the keys to Spain’s attack. He floated around the pitch taking delightful touches and receiving possession with remarkable demonstrations of control.

Enjoying himself is Isco. pic.twitter.com/J0NT3HmoPL

Isco is so good that he's in danger of making the number 22, amongst the worst numbers in football, cool

By the time a Sergei Ignashevich own goal had put Spain 1-0 to the good, it looked like we were in for 78 more minutes of Spanish delight. That never materialized.

A handball from Gerard Pique allowed Artem Dzyuba to level from the spot in the 41st minute, and the rest of the match played out with Spain passing the ball around the halfway line.

If anything, a Russian winner following a misplaced Spanish pass was the more likely outcome than any sort of breakthrough from la Furia Roja. Two Russian banks of five kept absolutely everything in front of them, and Spain looked completely bereft of ideas.

By the close of the opening 90 minutes, Isco and Andres Iniesta could be seen crowding and impeding each other on the edge of Russia’s box — too many feathery touches, too many cerebral players, too little penetration.

Heading into extra time, Spain had attempted 852 passes as opposed to 223 by Russia. That stat was entirely worthless.

How things are going for Spain in the attacking third... pic.twitter.com/kDYHwp6GuV

I feel like this game has been going on half my life. One day they will let us all out of the stadium, I know #ESPRUS

Spain did manage to generate a couple chances in the extra periods, Andres Iniesta and Rodrigo both going close only to be denied by Akinfeev. But perhaps the most notable thing about extra time was the first use of the fourth substitute at a World Cup — Russia sent on Aleksandr Erokhin in the 97th minute, Rodrigo entered the match for Spain in the 104th. History was made.

We were then treated to the drama and lottery of penalties, and Akinfeev just outperformed David de Gea to send Russia through.