How Nations Qualify For The World Cup

Travis Yoesting June 14, 2017
With the World Cup less than a year away, qualifying will continue on through November.

We’re less than a year away from the 2018 World Cup in Russia, but only eight teams have assured themselves of a spot in the 32-team tournament, one of them being the host nation.

Qualifying began back in March 2015 and will continue through this November, when the final berths will be booked.

How does each confederation decide which nations will attend the World Cup? Read on.

Process: The 26 lowest-ranked nations fight for 13 spots in home-and-away series to advance to Round 2, where 27 more nations are paired down to 20 total after more home-and-away series. The third round features five groups of four, with the group winner in each advancing to the World Cup.

Where we’re at now: Through four of six matches played in Round 3, no team has more than a three-point lead in the five groups. Algeria, which has gone to the last two World Cups, has already been eliminated, while Ghana is in third place in Group E and, four points back of group leader Egypt, needs a lot of help to reach Russia.

Note: African World Cup qualifying matches have averaged 2.5 goals per game, by far the lowest of all the confederations.

Process: The 12 lowest-ranked nations pair down to six in home-and-away series to join the remaining 46 teams. The 52 teams make eight groups of five, with the group winners and four best second-place teams advancing. The third round features two groups of six, sending the top two finishers in each group to the World Cup. The two third-place teams battle for the right to play CONCACAF’s fourth-place team in a playoff.

Where we’re at now: Iran clinched Group A early and was followed by Japan winning Group B, with South Korea and Saudi Arabia finishing second in their groups to qualify. Australia and Syria were the third-place teams and will face off in October, with the winner advancing to another playoff against either the U.S., Panama or Honduras.

Note: Australia has competed in Asia since 2006. Despite having some of the largest nations in terms of population (we’re looking at you, China and India), the AFC rarely has a team ranked in the top 30 (Iran is currently No. 24). 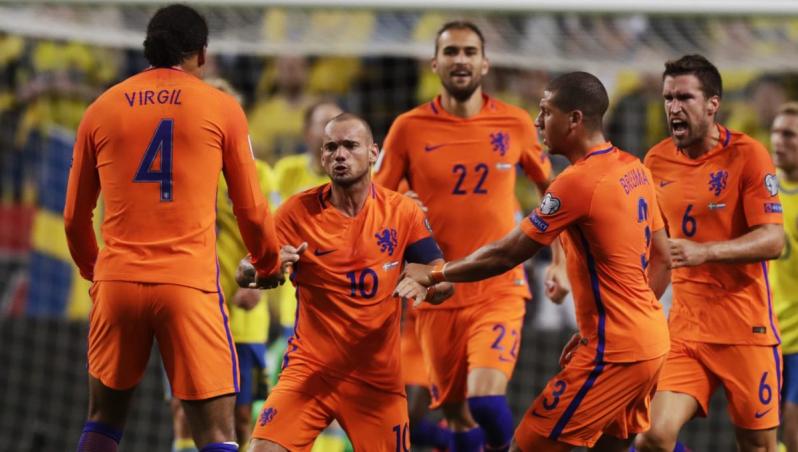 Process: They keep things fairly simple in Europe: all 54 nations are placed into nine groups of six, with the group winners qualifying for Russia. The eight best runners-up compete in home-and-away series to send four more nations to the World Cup. Russia qualifies automatically as host.

Where we’re at now: Beglium became the first European nation to clinch qualifying (aside from Russia) by winning what was probably the easiest group. With two matches left, Germany and England (five-point leads) are just about over the line while Groups A and I are completely up for grabs.

Note: Despite having the most qualifying spots, Europe has the most cutthroat process due the large number of quality teams and small number of rounds.

Process: Leave it to us to have the most convoluted process. For starters, the 14 lowest-ranked nations fight for seven spots in home-and-away series, where they’re joined in Round 2 by the next 13 lowest-ranked teams for more home-and-away series. And Round 3 is pretty much the same, but with just two more nations added in. Round 4 is where the U.S. and Mexico finally join in, along with the next top four nations to create three groups of four. The top two in each group reach Round 5, known as the Hex. The six nations battle for three guaranteed spots, with the fourth-place team facing off against the fifth team from Asia.

Where we’re at now: Mexico clinched a berth with three games to spare while Costa Rica essentially needs one point from its final two matches to ensure its spot. The U.S. is currently in fourth place, a point behind Panama and ahead of Honduras on goal differential. If the table ended up this way, the U.S. would be paired with either Australia or Syria for a playoff to go to the World Cup.

Note: Despite having a small number of nations, CONCACAF has the most rounds, primarily to weed out the tiny Caribbean nations that never really have much of a shot at making it to the show and also because CONCACAF likes to do whatever it can to make more money.

Process: Soccer powerhouses like Samoa, American Samoa, Cook Islands and Tonga battled for one spot to move to Round 2, joining more heavy hitters like Papua New Guinea, Solomon Islands and New Caledonia. Round 2 features two groups of four just to weed out two teams (though OFC also uses the round to determine the Confederations Cup participant, which of course was New Zealand). The six remaining teams make up two groups of three, with the group winners facing off in a home-and-away series to earn the right to be knocked out of the World Cup by CONMEBOL’s fifth-place finisher before even getting a whiff of Russian vodka.

Where we’re at now: New Zealand beat Solomon Islands 8-3 on aggregate to win the OFC's half berth to the World Cup. Now the All Whites wait to see who from South America they play for a small chance to go to the World Cup.

Note: With New Zealand (ranked No. 123) far and away the region’s top team, it’s no surprise the smallest confederation doesn’t even merit a full spot. 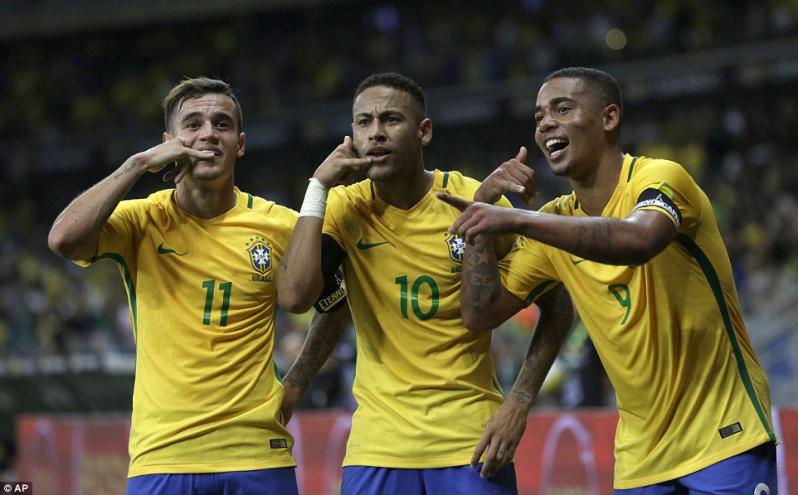 Process: In a brutally fierce competition, 10 nations play every team once home and away. The top four go to Russia while the fifth-place team probably goes too, only needing to win a home-and-away series against whoever gets out of Oceania.

Where we’re at now: Brazil tops the group with 37 points and has booked its trip to the Kremlin. After Brazil it gets hectic, with (in order) Uruguay, Colombia, Peru and Argentina all within 24-27 points. After a disastrous September, Chile is in sixth with 23 points and currently out of the World Cup unless things change, though Paraguay and Ecuador are still in it with two matches left.

Notes: Like the Big 12, CONMEBOL capitalizes on its small size to make for the most fair process.