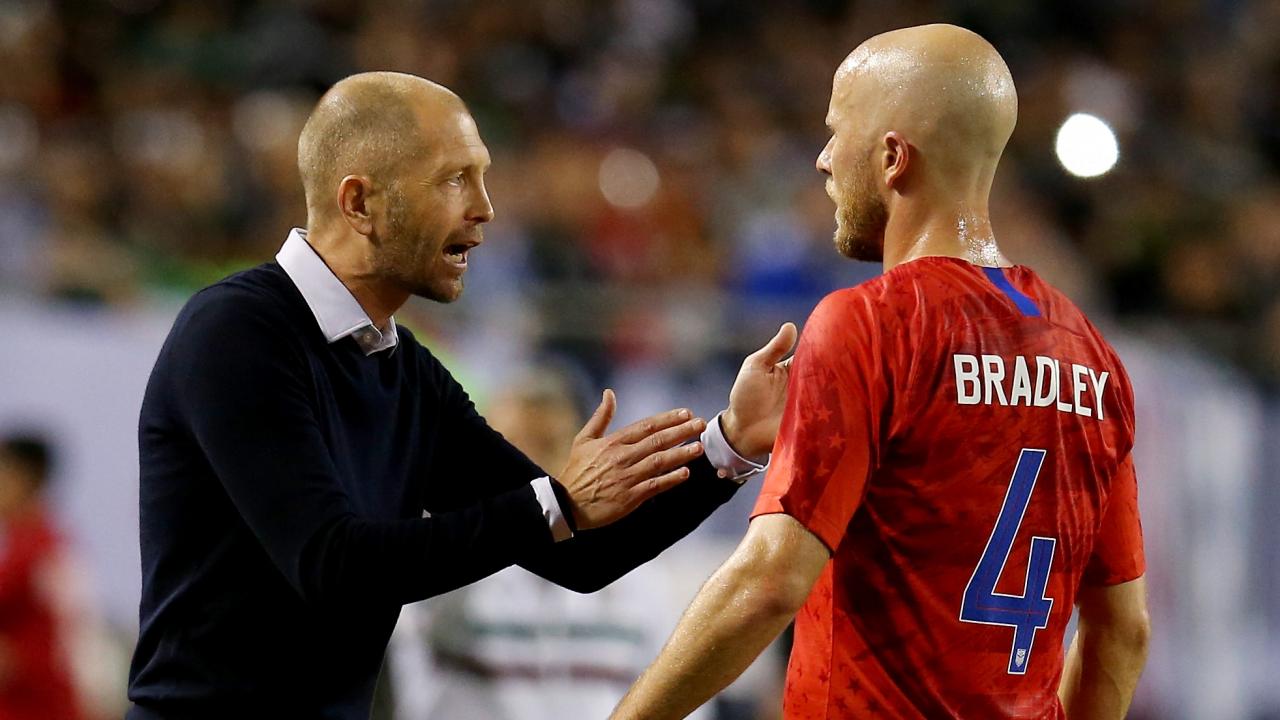 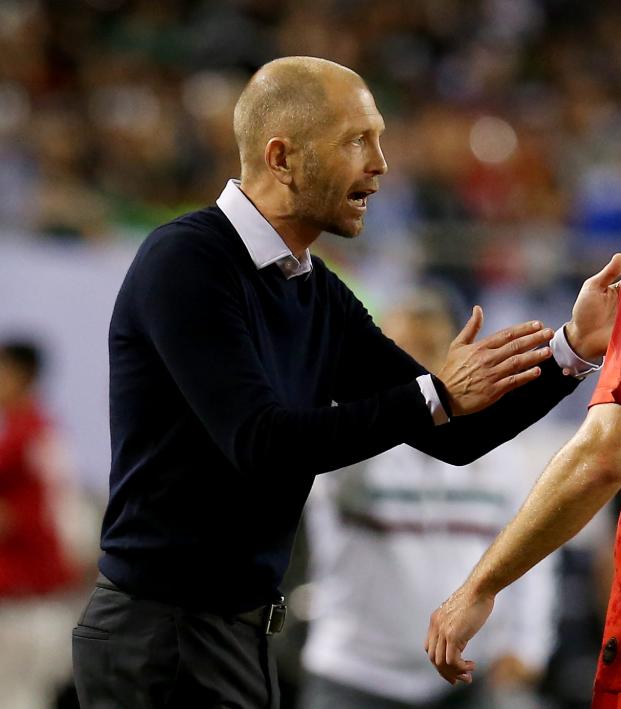 Hope Solo Calls Gregg Berhalter ‘Shortsighted And Selfish,’ Says He Needs To ‘Get His Hands Dirty’

Gregg Berhalter’s statements on a radio show last week were “nearsighted, shortsighted and selfish,” according to Hope Solo.

The former USWNT World Cup winner and perhaps the best goalie in the history of the game was on beIN SPORTS discussing recent comments made by the USMNT coach in regard to player development.

Berhalter, named USMNT coach in December, appeared on SiriusXM FC’s Counter Attack with former USMNT defender Janusz Michallik last week. He was asked about the challenge of developing players when it’s becoming increasingly difficult to schedule friendlies with European teams, which are now tied up with UEFA Nations League matches.

Before answering the question by saying the U.S. has done well to schedule matches with South American teams, Berhalter had this to say:

“The first thing I’ll say, and I hope you take this in the right way: We’re not responsible for developing players,” Berhalter said. “The responsibility for the most part falls on the clubs. We’re not together that often that we can really develop a player.

“What we can do is give them international experience. We can get them used to playing in hostile environments. But the majority of a pure development standpoint is going to come from the clubs.”

This comes despite Berhalter saying not but a month ago the reason he wanted his players to play out of the back against Mexico despite it clearly not working was to, in his words, develop players.

Hope Solo certainly had doubts on Berhalter’s comments, clearly not taking it “the right way,” as the coach hoped.

Asked about Berhalter saying it’s not U.S. Soccer’s responsibility to develop U.S. players, she went off on a mini rant.

@hopesolo calls Gregg Berhalter "shortsighted and selfish" for claiming @ussoccer is not responsible for developing players.

You can watch the full answer and not just a 30-second snippet from Hope Solo here, but we transcribed it below because we know you’re too lazy to click on another link.

“I understand what Berhalter was trying to say,” Solo said. “Yes, U.S. national team players spend more time with their club than they do with their country, however this is shortsighted, and I would like to expand upon this.

“Because I believe if you’re good enough to lead our players into the World Cup, then you should be good enough and willing to lead our youth coaches to guide our youth coaches. You have to think long term, and that’s the problem with our men’s national team; it’s the problem with U.S. Soccer Federation. It can’t be a right-now moment, the players that I have right now. Berhalter needs to be thinking long term, and in order to do that he has to invest in youth coaches, he has to invest in the youth, he has to take the time to do that.

“So, I think it was very nearsighted, shortsighted and selfish of Berhalter to say it was not his responsibility to develop players. It’s absolutely U.S. Soccer’s responsibility coming from the leaders at the top, meaning Berhalter. I understand what he meant about players spend more time with club than country, however he needs to get his hands dirty and he needs to start developing the future generations because when those future generations of younger players step onto the national team for the first time, they need to be ready for his philosophy, his style of play and his expectations, and once he does that then we’re setting up future generations for success.”

On Monday, the USMNT coach clarified his comments to Yahoo Sports.

“I think the starting point for me is looking at the level of the player and saying, ‘Is this player a national team-level player right now?’” Berhalter said. “If the answer is no, I’m not going to be able to get him to the national team standard. He’s going to need to do that through playing games with his club.

“If the answer is yes, now it’s about the specifics of developing him within our system, what he still needs to work on despite already being a fantastic player.”

In Berhalter’s mind, he wants players who are already at national-team quality now. That doesn’t really counter Solo’s argument of Berhalter being shortsighted, however.

Ideally, there would be some development from both the USSF and clubs, perhaps even working together, as is done in some countries. Unfortunately, for the best development, young American players still must go overseas to Europe. U.S. Soccer will have to change that if it hopes to fully be capable of developing USMNT players.

In other USMNT news, Jozy Altidore was dropped from the squad for the upcoming Concacaf Nations League matches because of — and I don’t think I actually need to spell this out — injury. Altidore was hurt in Toronto FC’s season-finale on Sunday, leaving Paul Arriola, Corey Baird, Tyler Boyd, Jordan Morris, Josh Sargent and Gyasi Zardes as listed forwards on the roster. (Christian Pulisic is listed as a midfielder.)

| Due to injury, forward Jozy Altidore has been forced to withdraw from the #USMNT roster for this month's @CNationsLeague matches vs.  and . The roster now stands at 25 players.

The U.S. hosts Cuba on Friday and plays Canada on Tuesday. The match Tuesday is in Toronto, the first time the USMNT will play outside of the U.S. in 2019.