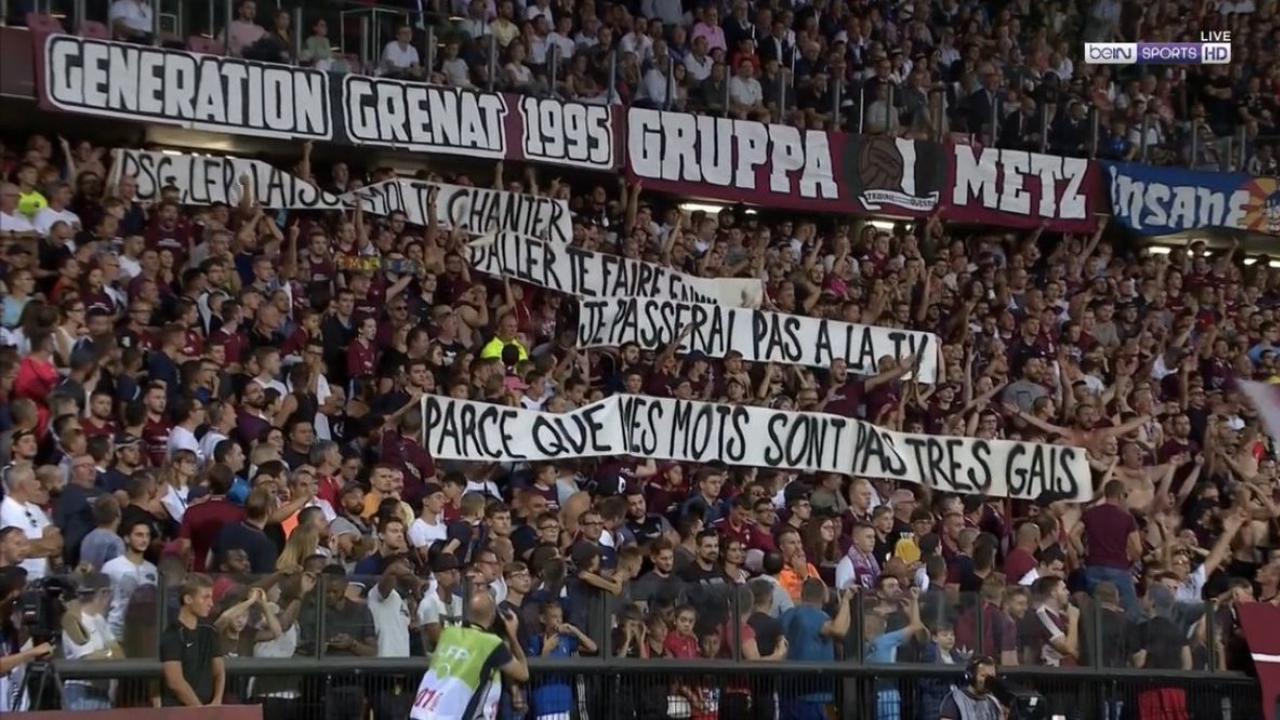 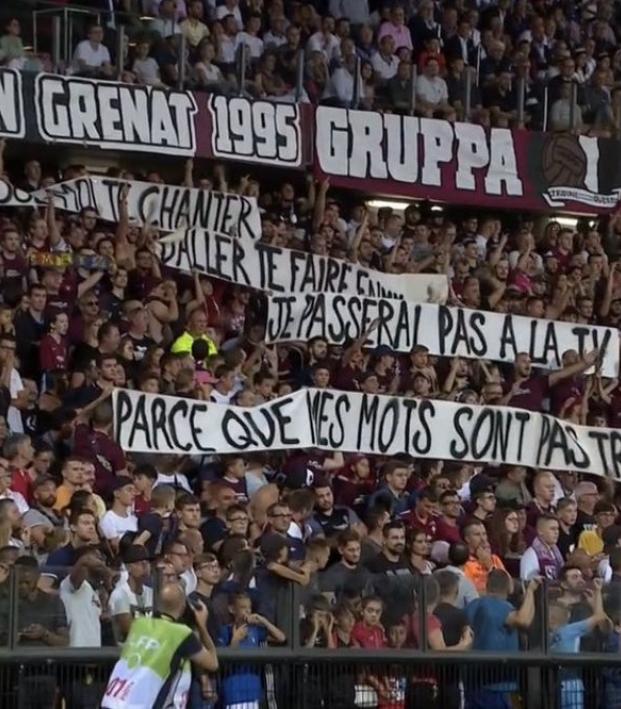 For the second time in three days, a Ligue 1 match was halted over homophobic messages from the stands. A PSG-Metz banner forced the stoppage of play in the first half of the match, 48 hours after the Nice-Marseille match was delayed.

Ligue 1 has new rules against homophobia in stadiums for the 2019-20 season, and those rules have been violated twice this week.

On Wednesday, Nice hosted Marseille following the recent takeover by Jim Ratcliffe, Britain’s richest man and owner of the Team Ineos cycling team. The match was halted in the 28th minute after the PA at the Allianz Riviera twice had asked fans to stop shouting anti-gay chants.

The Nice fans also unveiled two homophobic banners. The first translated to “More fans in the stands means a more gay stadium,” a reference to Ligue 1 adding more fenced-off areas in stadiums. The second used the French word pedale, which means “to pedal” but is also a gay slur: “Welcome to the Ineos group: at Nice we also love to pedal.”

Referee Clément Turpin stopped the match and was widely praised afterword for his actions, which Ligue 1 referees have been instructed to take this season. The first such incident in France occurred in Ligue 2 on Aug. 16 in a match between Nancy and Le Mans.

Unfortunately, it all happened again on Friday during PSG’s visit to the Stade Saint-Symphorien in Metz.

Not long after Angel Di Maria put PSG in front with a penalty kick, referee Frank Schneider was forced to stop play for five minutes until an offensive banner was taken down.

The PSG-Metz banner read: “PSG, LFP, let me sing to you, to tell you to go fuck yourselves! I won’t be on TV, because my words are not very gay.”

Yet another Ligue 1 match delayed as a homophobic banner is removed during Metz and PSG pic.twitter.com/cZgeDmV7aM

After the delay, PSG went on to win the match 2-0.

One hopes these stoppages in play will clamp down on homophobia (and racism) in stadiums. However, you suspect this will only embolden those who wish to spread hatred, knowing they have the power to stop a top-flight match with their words.

But really, it’s fucking 2019 — how have we as a society failed so horribly that people not just in Europe but around the world still think anti-gay behavior like the PSG-Metz banner is an OK thing to do?