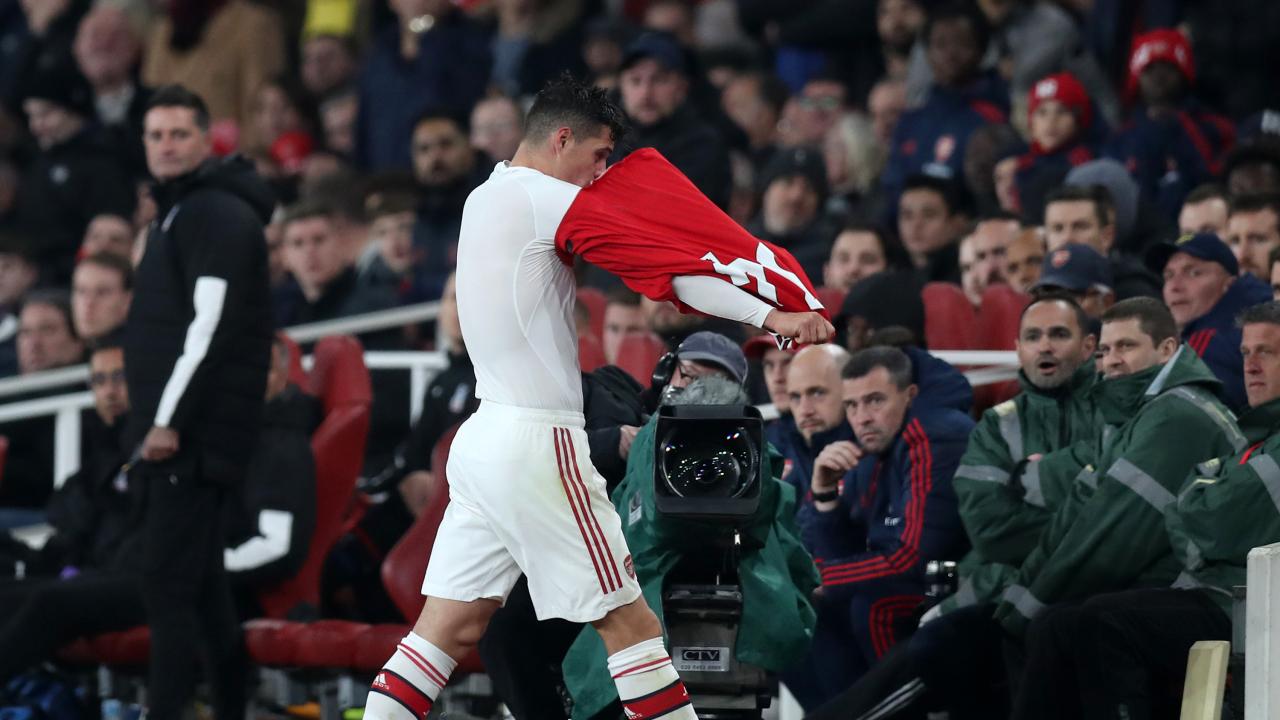 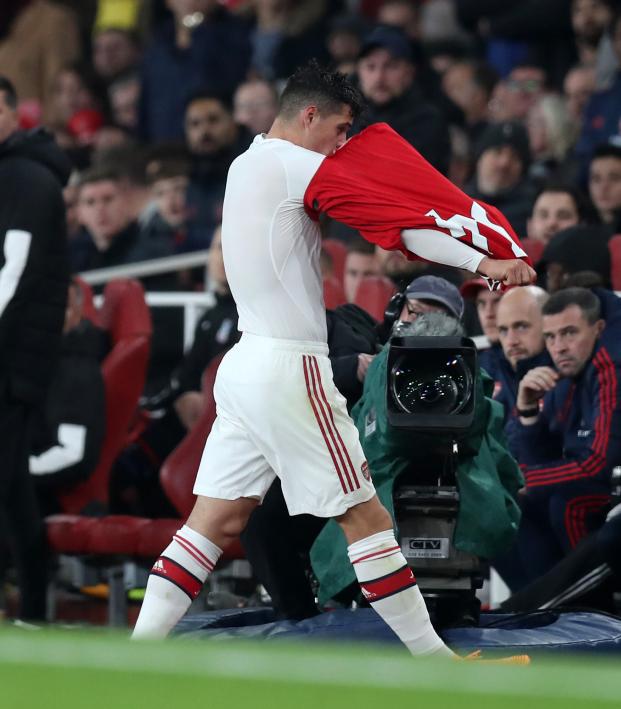 Granit Xhaka Rage Quits Arsenal In The Middle Of The Match

Arsenal blew a two-goal lead to Crystal Palace on Sunday at the Emirates Stadium, settling for a 2-2 draw despite early goals from centerback pairing Sokratis and David Luiz. While manager Unai Emery has come under intense criticism for Arsenal’s recent displays and for his standoff with the increasingly beloved Mesut Özil, supporter fury today was aimed at club captain Granit Xhaka.

The Gunners started brilliantly with Sokratis and Luiz both scoring off corner kicks before the 10th minute, but Crystal Palace halved the deficit in the 32nd after Wilfried Zaha won a VAR-assisted penalty that Luka Milivojević converted.

Palace’s comeback was complete in the 52nd minute thanks to a Jordan Ayew header, but James McArthur was allowed far too much time and space to get his cross into the box. The man charged with failing to close the cross down? Grant Xhaka.

Crystal Palace have come back from two down to tie it at the Emirates pic.twitter.com/JuZQz8cRO9

With that mistake firmly embedded in Emery’s mind, the manager used his first substitution in the 61st minute to hook Xhaka for Bukayo Saka. The crowd cheered the change, and that’s when the excrement truly hit the air conditioning.

Xhaka took his sweet time exiting the pitch, turning the ironic cheers into straight jeers. The 27-year-old responded by orchestrating the boos, tossing the captain’s armband, putting his hand to his ear, telling fans to “fuck off,” ignoring Emery on the touchline and tearing off his Arsenal shirt before leaving it in a heap on his way down the tunnel.

Arsenal’s captain just said to hell with it and quit, fighting disrespect with utter contempt.

Granit Xhaka gets jeered off the field in front of the home crowd pic.twitter.com/nV3nUwvp5a

Granit Xhaka was jeered off the pitch by Arsenal supporters after being substituted.

He then took off his jersey and stormed into the tunnel. pic.twitter.com/Cdn2MN2TMc

The Gunners are in fifth after 10 games, four points behind Chelsea.