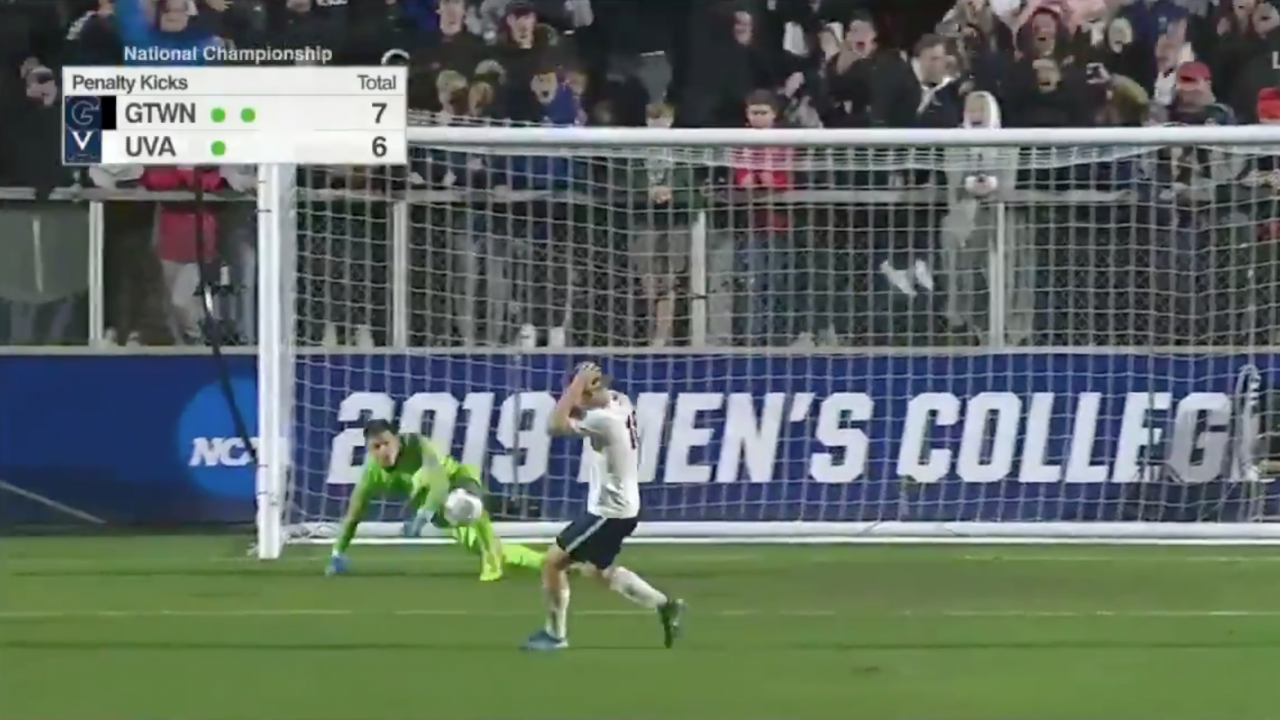 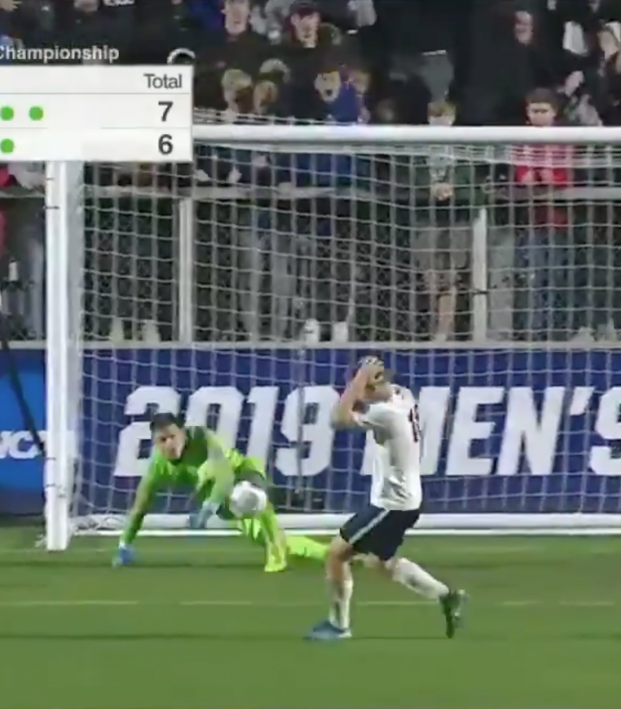 Travis Yoesting December 16, 2019
The Hoyas beat top-seeded Virginia in a shootout to claim their first championship.

It was one of the wildest NCAA soccer games in recent memory, and it was the perfect way to close out 2019 in U.S. soccer.

Georgetown outlasted top-seeded Virginia to claim the Hoyas’ first-ever men’s College Cup title in an epic match on Sunday in Cary, North Carolina. The teams were tied 3-3 after regulation before Georgetown keeper Tomas Romero, a freshman, came up with the only save of a penalty kick shootout to lift his side to a 7-6 win.

A week after Stanford claimed the Women’s College Cup title in dramatic fashion, the men’s final may have one-upped it.

Despite the two teams boasting the two best defenses in the entire country, Georgetown and Virginia combined for the most goals in a final since 1980. That year, San Francisco beat Indiana 4-3 in overtime. You have to go back to 1966, when San Francisco beat LIU 5-2, for there to have been more goals scored in regulation of a men’s soccer final.

The 7-6 final in the shootout also marked the longest-ever shootout in a final. The previous record was six rounds in the 2016 final in which Stanford beat Wake Forest 5-4 after a 0-0 draw.

Even more impressive, both sides were spotless through 13 attempts before Romero denied Axel Gunnarsson to win the title.

Here’s the entirety of the PK shootout from the men’s NCAA soccer final.

Regulation was dramatic as well.

Despite the quality of defenses on the pitch, the teams traded blows from the very start, with three goals before half an hour was up.

New Zealand international Joe Bell struck first for the Cavaliers in the 10th minute only for the Hoyas to lead 12 minutes later through strikes from Paul Rothrock and Daniel Wu. Daniel Steedman equalized for Virginia in the 58th minute to set up a wild finish.

Both teams scored in the final 10 minutes. Derek Dodson thought he had won it for Georgetown in the 81st minute but Daryl Dike equalized with four minutes left to send the match to extra time.

Relive all  goals of the National Championship game that led to a 3-3 finish in regulation and a PK shootout.#CollegeCup pic.twitter.com/aIGw5IeNbw

Neither side was able to find a golden goal in extra time (side note: why are we still using golden goal in college soccer?), sending the match to penalty kicks.

Virginia and Georgetown each made their first six attempts in the shootout. In the seventh round, Aidan Rocha converted for Georgetown before Romero’s title-winning save.

Sunday’s match marked the first time a team outside the ACC won a title at WakeMed Soccer Park and capped a remarkable first title for the Hoyas.

Now if we can just figure out a way to get more universities to support men’s Division I soccer so the sport is more representative of the country as a whole.