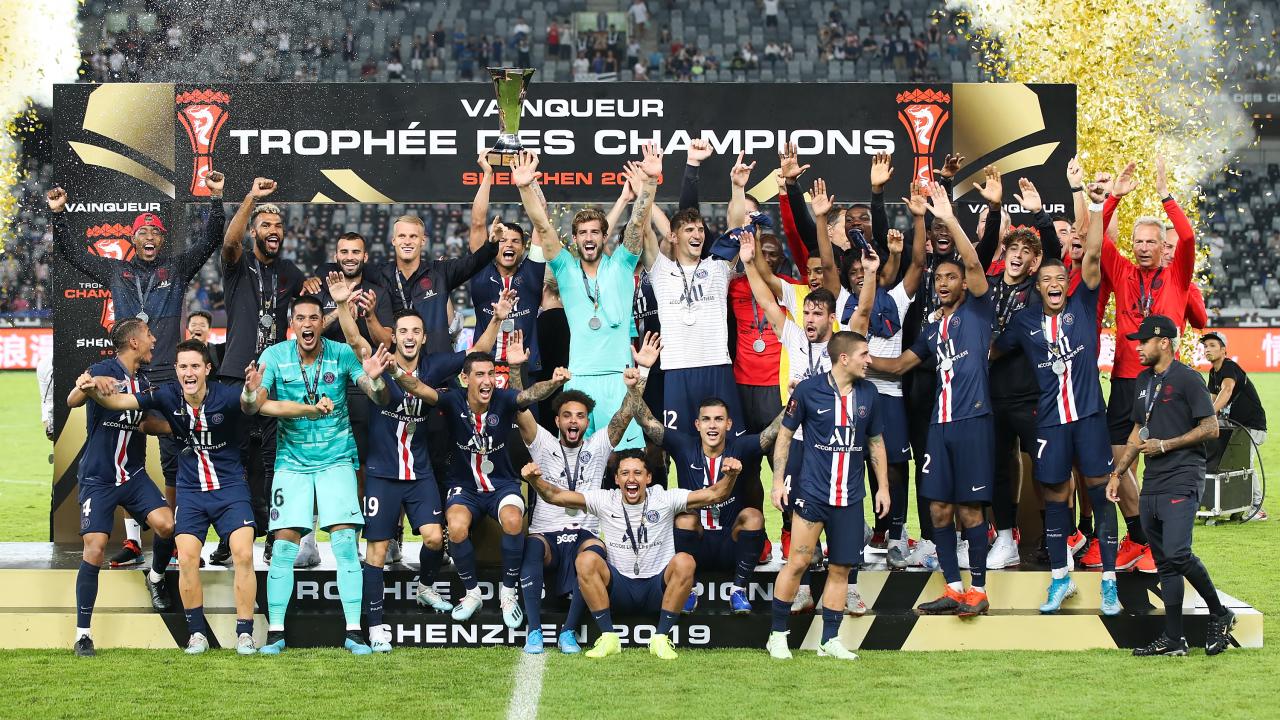 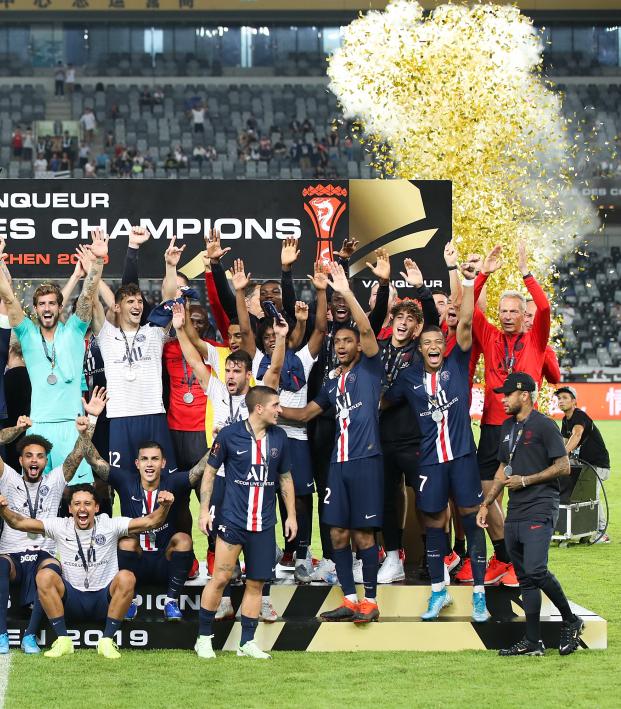 Travis Yoesting August 3, 2019
The Brazilian superstar is rumored to be moving away from PSG, but he was still with the team as it won the Trophée des Champions.

Kylian Mbappé and Ángel Di María scored second-half goals as PSG rallied past Stade Rennes for a 2-1 victory in the Trophées des Champions on Saturday, the Parisian club’s seventh straight French Super Cup victory. Then the players couldn’t decide what to do with Neymar after the match.

On Saturday, Adrien Hunou put the underdog in front in the 13th minute but couldn’t keep PSG at bay in the second half.

Mbappé equalized in the 57th minute with a tap-in goal that was assisted by Pablo Sarabia but all set up by a great pass from Marquinhos in midfield.

Di María, who came on in the 61st minute for former Manchester United midfielder Ander Herrera, netted the winner with a brilliant free kick in the 73rd minute. Even Neymar was impressed.

PSG held on for the win (a deserved triumph as it racked up 67 percent possession and 20 shots). After the match, the players lifted the Trophées des Champions, but weren’t quite sure how much Neymar should be involved.

Neymar has been rumored to want a move out of the French capital, with suggestions of a return to Barcelona in the works. He watched the match from the stands but joined the team for the trophy celebrations.

Marco Verratti, for one, wanted Neymar to celebrate with the team, pulling him into the celebrations, where Mbappé welcomed him.

But then Mbappé appeared to push Neymar out of a team photo.

What should we make of all this?

Personally, I think it was all a joke. Neymar probably didn’t want to celebrate too much considering he didn’t actually take part in the match, so Verratti wanted him to feel like part of the team. And Mbappé pushing Neymar out was likely just teasing over Neymar initially not wanting to be a part of the celebrations. You can see a wry smile from Mbappé after the shove.

Or you can just believe, as many on the interwebz will, that Neymar is an asshole, and his teammates hate him and so should you because he embellished fouls at the World Cup.