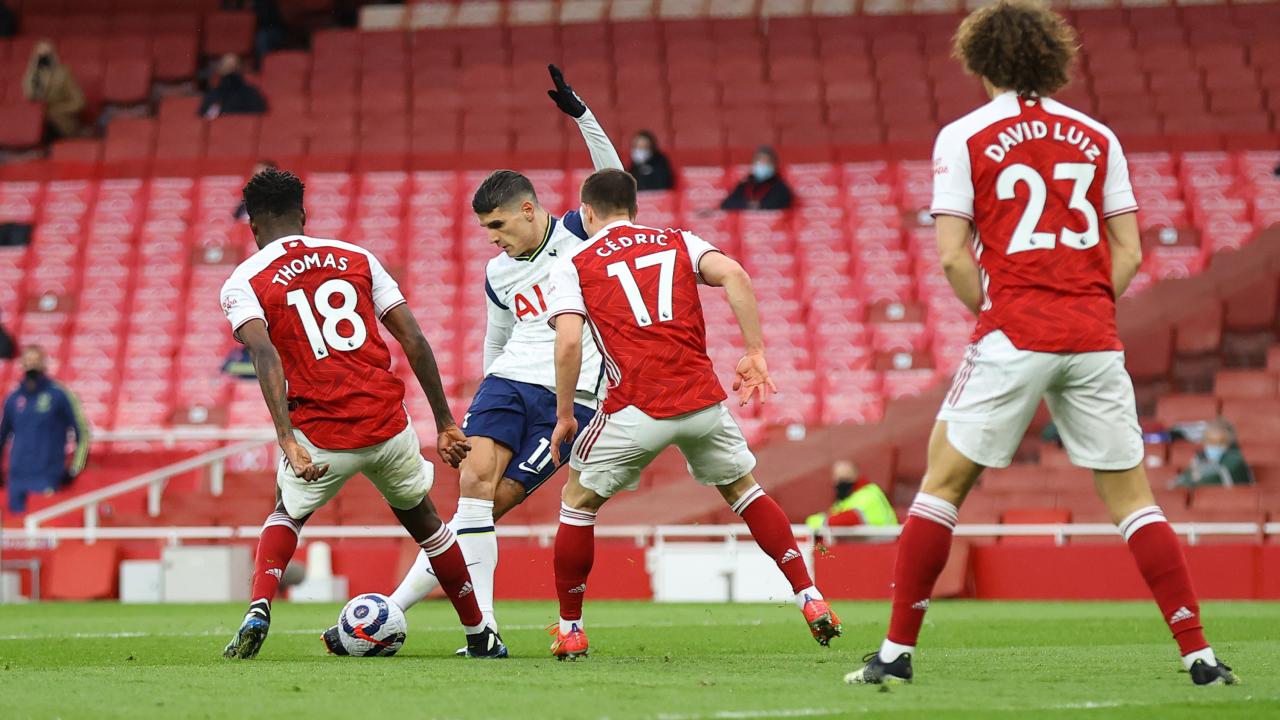 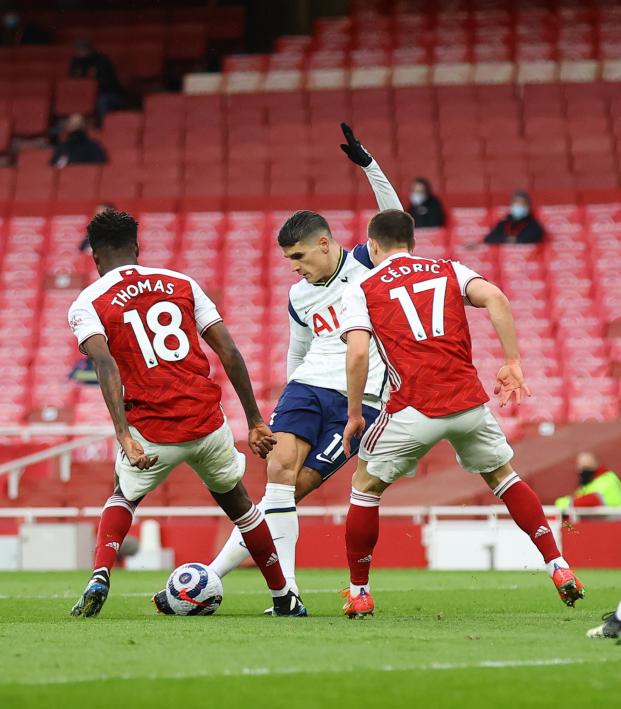 Connor Fleming March 14, 2021
We’ve seen this before from the 29-year-old Argentine.

Tottenham produced very little in the opening half of Sunday’s North London derby against Arsenal. The Gunners moved with more fluidity, occupied the more dangerous areas and limited a Spurs side starting with Harry Kane, Son Heung-min, Gareth Bale and Lucas Moura to just one shot.

But holy Ødegaard, you’ve never seen a shot quite like this one.

Erik Lamela, who only entered the match in the 19th minute after Son appeared to suffer a hamstring injury, made a driving run through Arsenal’s area with Lucas in possession. The Brazilian spotted his movement but the pass didn’t have the requisite weight to send him through, forcing Lamela to stop and collect possession.

In the fraction of a second, the Argentine internalized his options, decided RAMBONA and struck one through Thomas Partey’s legs and inside Bernd Leno’s far post.

He’d done it before. Back on Oct. 23, 2014, Lamela hit a rabona from outside the area in Tottenham’s 5-1 win over Asteras Tripolis. It was awarded the Europa League Goal of the Season.

The tables would turn on Lamela and Spurs over the next 30 minutes with Ødegaard and Alexandre Lacazette putting the Gunners ahead, but Lamela’s goal will live longer in the memory than any particular result. (Lamela will certainly hope so since he was, in a remarkable twist of fate, sent off in the 76th minute.)