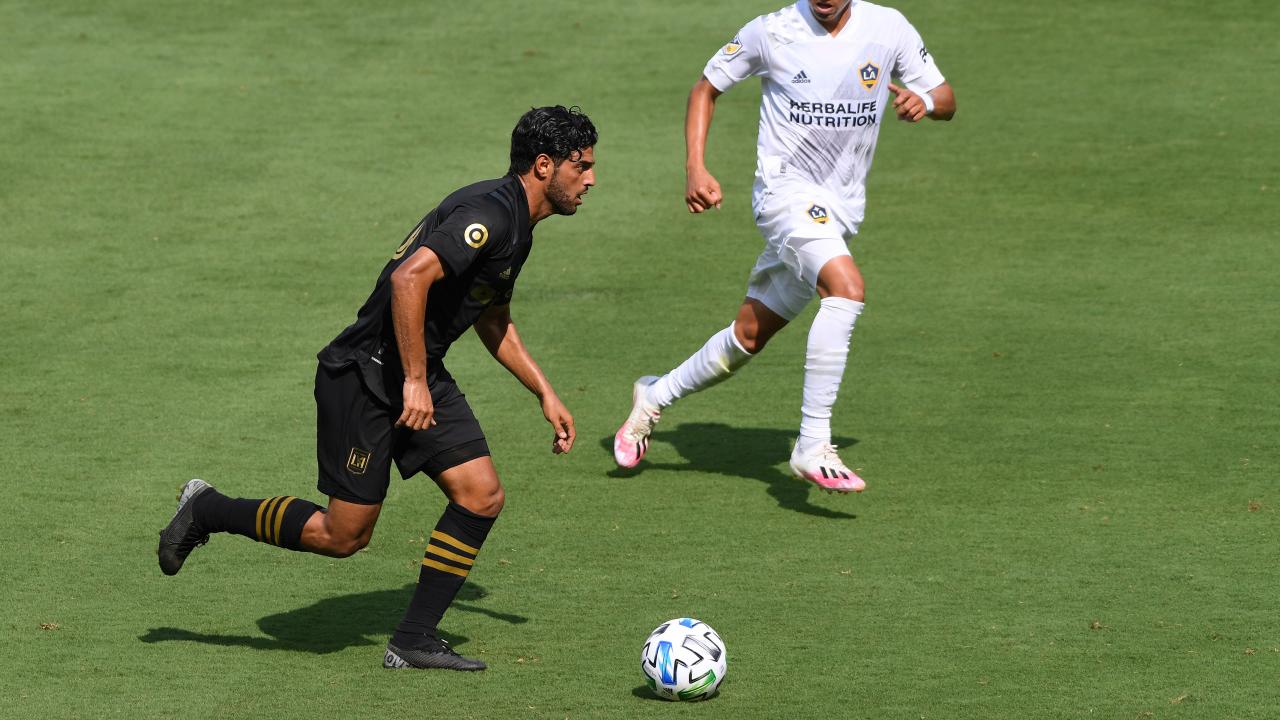 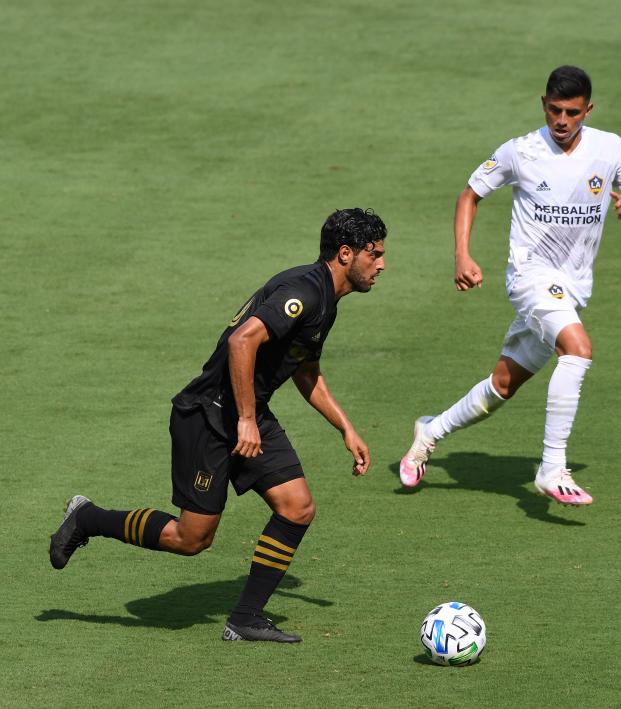 El Tráfico took center stage on Sunday afternoon as Los Angeles FC hosted the LA Galaxy at an empty Banc of California Stadium but with thousands watching the action unfold on national television.

The standings — LAFC entered fifth in the Western Conference, the Galaxy dead last — and ESPN.com’s promo photo juxtaposing Bradley Wright-Phillips and Sebastian Lletget told you everything you needed to know about how much has changed for these two clubs over the past year.

Back on Oct. 24, 2019, LAFC defeated the Galaxy 5-3 in the playoffs with Carlos Vela and Zlatan Ibrahimović amongst the scorers. Vela was on the bench today after missing the last 11 games with an MCL injury. Ibrahimović is back with AC Milan and his replacement, Javier “Chicharito” Hernández, mercifully missed out with a mysterious hamstring injury.

LAFC started stronger with Diego Rossi striking the crossbar in the 11th minute. The Galaxy then went down a man in the 25th when Giancarlo González was handed a red card for the denial of a goalscoring opportunity.

Galaxy keeper Jonathan Klinsmann pulled off a massive save on José Cifuentes to keep things scoreless in the 41st minute. The 21-year-old Ecuadorian midfielder is fun to watch and later had an effort cleared off the line by snitchin’ Sacha Kljestan.

Jonathan Klinsmann coming up big time with a massive save to keep us level#LAGalaxy | #LAFCvLA pic.twitter.com/vv33AJG1pA

LAFC finally opened the scoring in the 58th minute on a truly strange goal. At one end of the field, the Galaxy appealed for a corner kick after the ball appeared to go out of play. But LAFC continued to play despite the Galaxy’s protests, and Eddie Segura quickly picked out Rossi in the midfield who released Danny Musovski.

Klinsmann came off his line and the 24-year-old chipped him. ABC commentators Jon Champion and Taylor Twellman thought it was coming back, but the VAR ruled it inconclusive and the goal stood.

Despair for the Galaxy.

Vela entered the game in the 70th minute with a supportive brace on his left knee and chipped Klinsmann for LAFC’s second in the third minute of stoppage time.

Vela is now the leading scorer in El Tráfico history with 10 goals. Ibrahimović has nine.

CARLOS VELA IN HIS RETURN!

Of course he scores and in El Trafico no less. #LAFCvLA pic.twitter.com/jmwbigccPk

In the end, LAFC outshot the Galaxy 27-5 with eight shots on target compared to one. The all time series record still favors the Galaxy with four wins and three draws, but LAFC now has three victories and remains on course for the playoffs.

With four matches remaining, the Galaxy look destined to miss the postseason for the third time in four seasons.