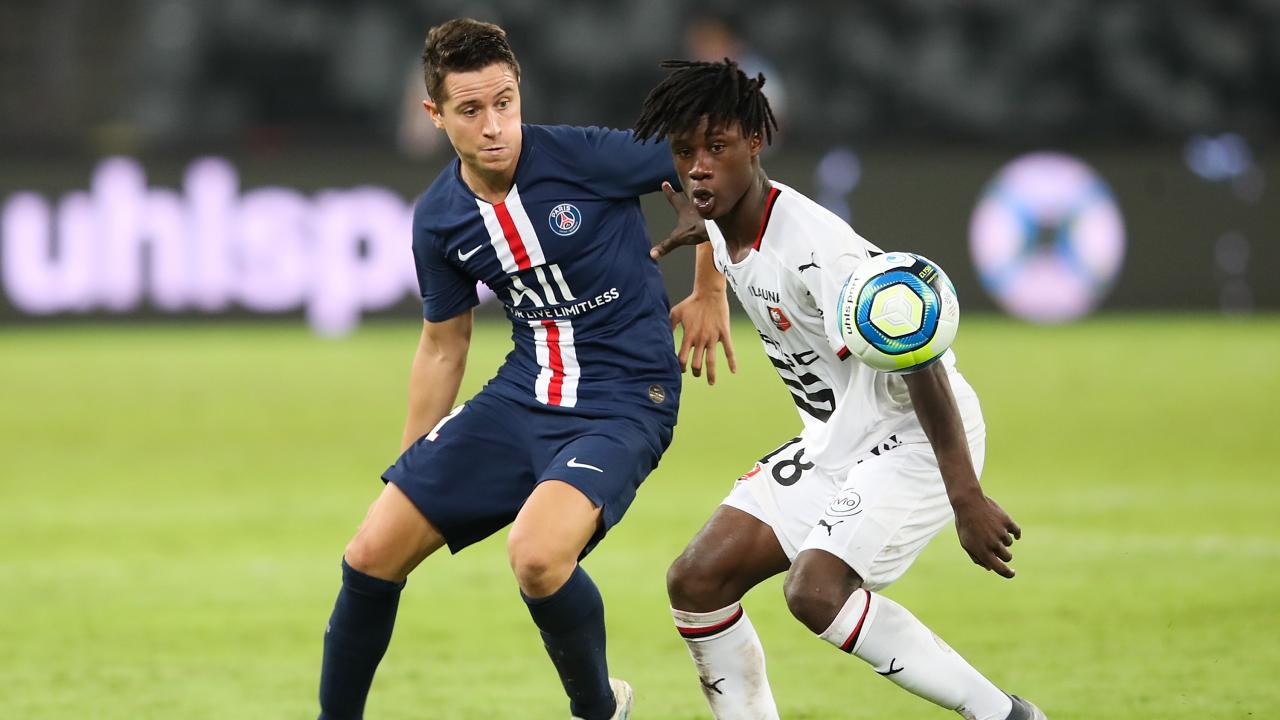 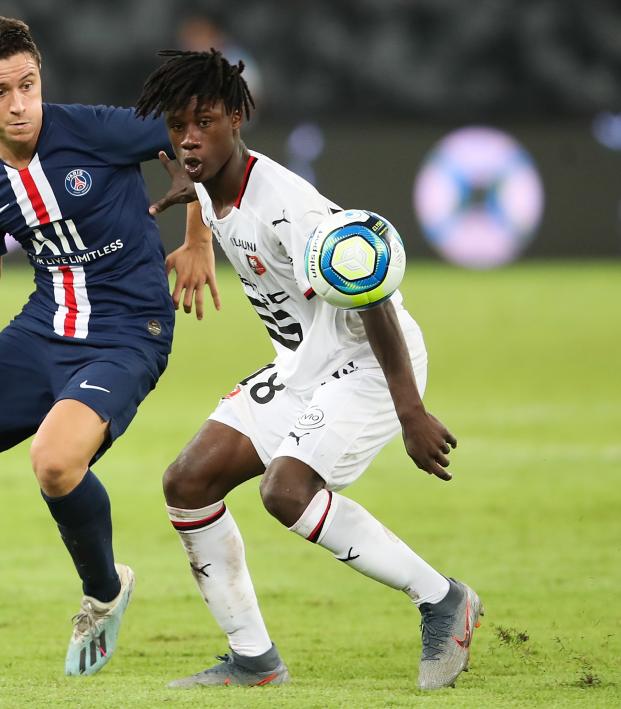 Connor Fleming August 19, 2019
Eduardo Camavinga was named Man of the Match for his assured performance against the reigning Ligue 1 champion.

Before yesterday’s Ligue 1 match between defending champion PSG and Rennes at Roazhon Park, all of the talk was centered around Neymar’s complete absence from the squad. After the match, the only name being mentioned was that of 16-year-old Rennes defensive midfielder Eduardo Camavinga.

Camavinga only made his senior debut last April — going on to total seven Ligue 1 appearances last campaign — but he was instrumental in his side’s shock 2-1 upset of PSG last night.

Over the course of the match, the Angola-born midfielder completed 98 percent of his passes, won three tackles, drew six fouls and registered the assist on the game-winning goal from Romain Del Castillo in the 48th minute. He's now the youngest player ever to record an assist in France's top division.

Although the midfield that PSG threw at Rennes contained Marquinhos, Marco Verratti and Julian Draxler, the home side continuously frustrated the favorites, ultimately resulting in five yellow cards for the visitors. PSG just couldn't get close to Camavinga.

Here’s every touch from the teenage sensation, who was awarded Man of the Match honors.

Camavinga has been with the Rennes setup since the age of 11. Last December he became the youngest player in the history of the club to sign a professional contract, and last April, he became the first player born after Jan. 1, 2002 to start a game in Europe’s big five leagues. He signed an extension with the club through 2022 last week.

Camavinga moved to Brittany at the age of two and will likely represent France at the international level when the time comes.