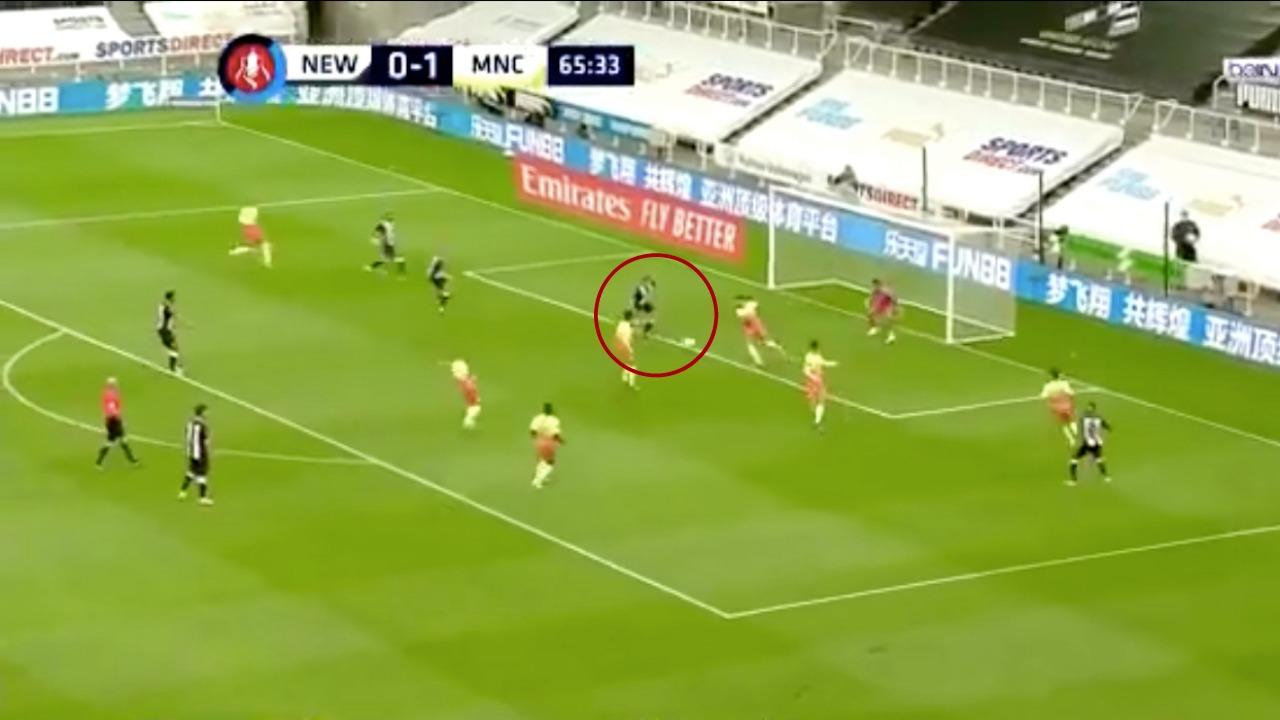 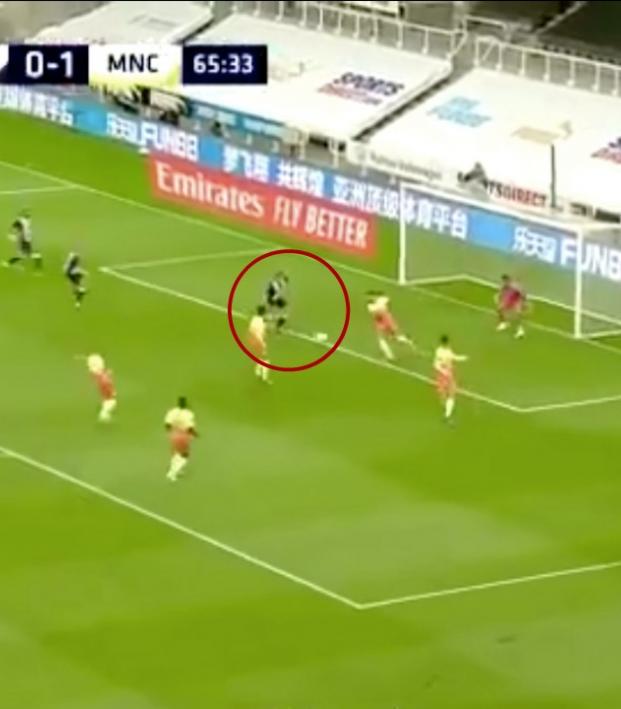 Connor Fleming June 28, 2020
Years from now, this current Newcastle team will probably be looked at like Manchester City’s 2007-08 squad.

Newcastle United’s FA Cup quarterfinal plan of defending resolutely and hoping for one clear chance against Manchester City actually played out perfectly for Steve Bruce’s side at St James’ Park on Sunday, but the compact rearguard action was undone by a boneheaded play from Fabian Schär and the incredible goalscoring opportunity was wasted by Dwight Gayle.

The rhythm of the game was evident in the final stats, which showed City harboring 76% possession while out-passing the home side 632-149. However, Newcastle keeper Karl Darlow and his well-marshaled defense had Pep Guardiola’s attackers under control until Schär needlessly shoved over Gabriel Jesus on a cross that couldn’t have been met by the Brazilian.

Such was the stupidity of the play that the call was met with confusion on the pitch from both sets of players, but replays showed that Schär had obviously fouled the striker — albeit for no real reason.

But City failed to build on that advantage, and Newcastle should’ve been level shortly after Gayle’s introduction in the 64th minute.

The rare Toon opportunity was the result of a City error while attempting to play from the back, and the mistake was compounded when Nicolás Otamendi tripped shortly before Allan Saint-Maximin found the feet of Gayle.

From six yards out and under no pressure whatsoever, Gayle spooned his attempt over.

How did Dwight Gayle miss this? pic.twitter.com/UW9ffR931M

Despite the ongoing saga concerning Mike Ashley’s sale of the club to Saudi Arabian investors, Premier League approval is still expected and reportedly now imminent. In that respect, we should probably just enjoy the final vestiges of players like Gayle failing miserably in the black and white stripes.

After all, while City boasted the likes of Jesus, Raheem Sterling, Riyad Mahrez, Bernardo Silva and De Bruyne in attack today, their 2007-08 strike force (the season before Abu Dhabi investment) consisted of Darius Vassell, Elano and Stephen Ireland. Newcastle supporters will be tempted to think that today was a meeting between current reality and what could yet be.

Just minutes after the miss, Sterling rubbed salt into the wound with a great finish from the top of the area.

Sterling whips it into the bottom corner #EmiratesFACup #NEWMCI pic.twitter.com/J6ClxDheXF