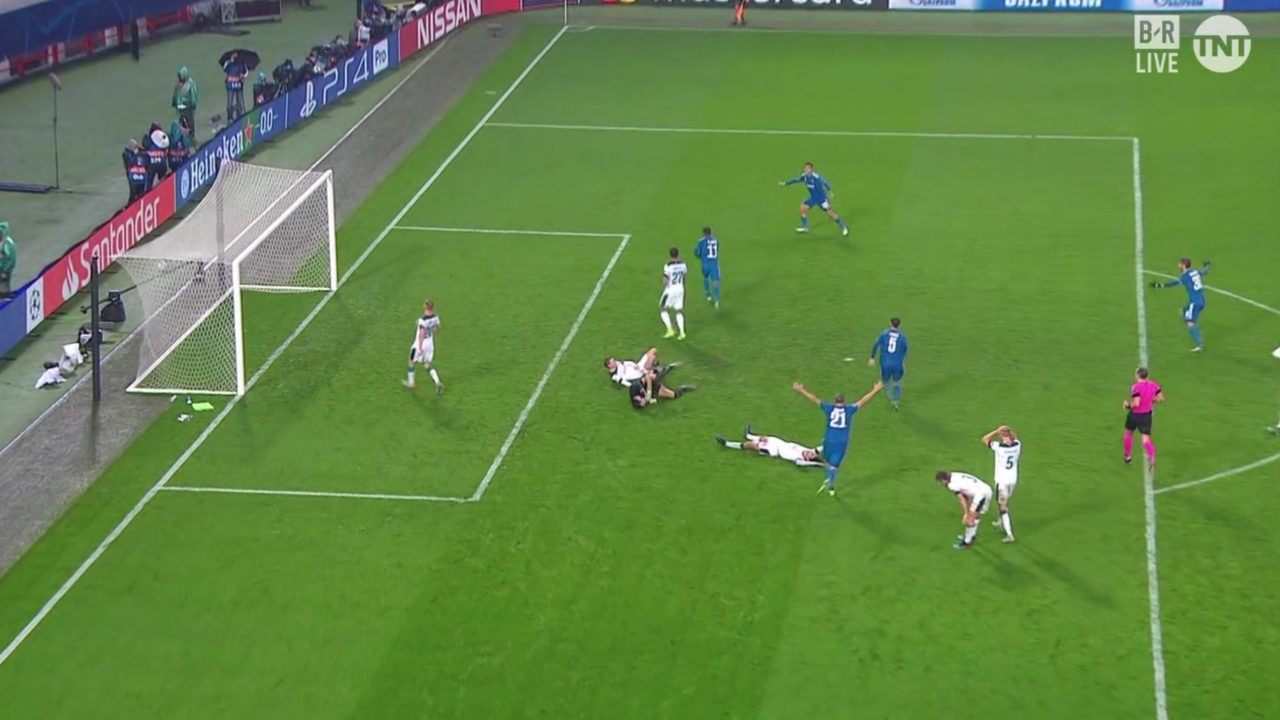 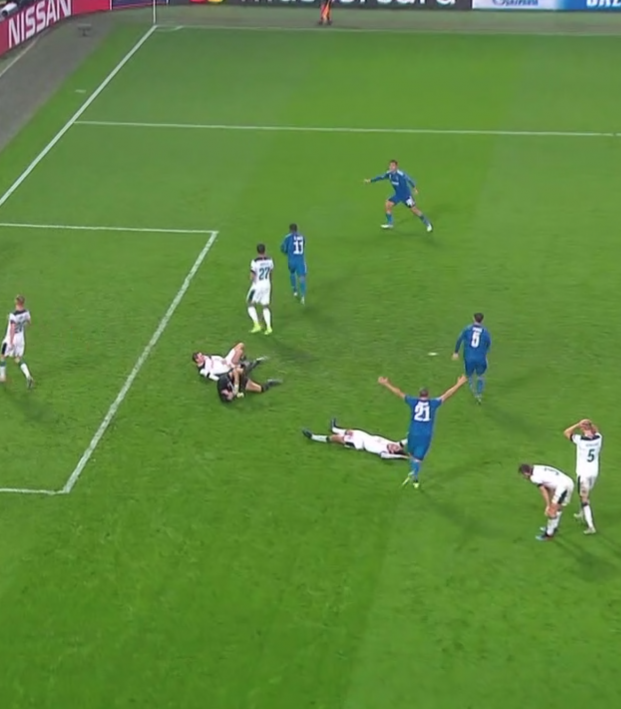 Cristiano Ronaldo had been subbed off, as had goal scorer Aaron Ramsey. So needing a goal late to see off Lokomotiv Moscow, Juventus winger Douglas Costa took things into his own hands.

Costa almost single-handedly smoked the entirety of the Lokomotiv defense to score a stunning 93rd-minute winner as Juventus eked out a 2-1 win in Champions League Group D play on Wednesday in Moscow.

Ramsey had given the Bianconeri an early lead — poaching a goal from Ronaldo — but those two were off the pitch in the closing minutes of the match.

With Aleksei Miranchuk having equalized in the 12th minute, the Old Lady struggled to break down a Lokomotiv defense anchored by veterans Vedran Corluka and Benedikt Höwedes.

That is, until Costa showed up.

A 70th-minute sub for Sami Khedira, Costa supplied a burst of pace previously unseen for Maurizio Sarri’s side. The Brazilian showed his speed, dribbling, flair and vision in one seamless move in stoppage time to net the winner.

Costa started the play on the left wing before darting inside. He played a clever one-two with Gonzalo Higuain but even in the box his work wasn’t done. Costa dipped around two more defenders and poked a shot past an onrushing goalie and another defender to give Juventus a late winner.

That run deserves a second look.

Douglas Costa is a BEAST pic.twitter.com/mXCkZu9gkF

It should be said, Leonardo Bonucci was the only reason the Douglas Costa goal vs Lokomotiv was the winner and not an equalizer. The Italian defender had this goal-line clearance not long before Costa’s goal.

Give that man a medal  pic.twitter.com/WaaIjMfcMq

The win ensured qualification into the Champions League knockout stages for Juventus. With 10 points, neither Lokomotiv nor Bayer Leverkusen can reach the Old Lady with two matches remaining.