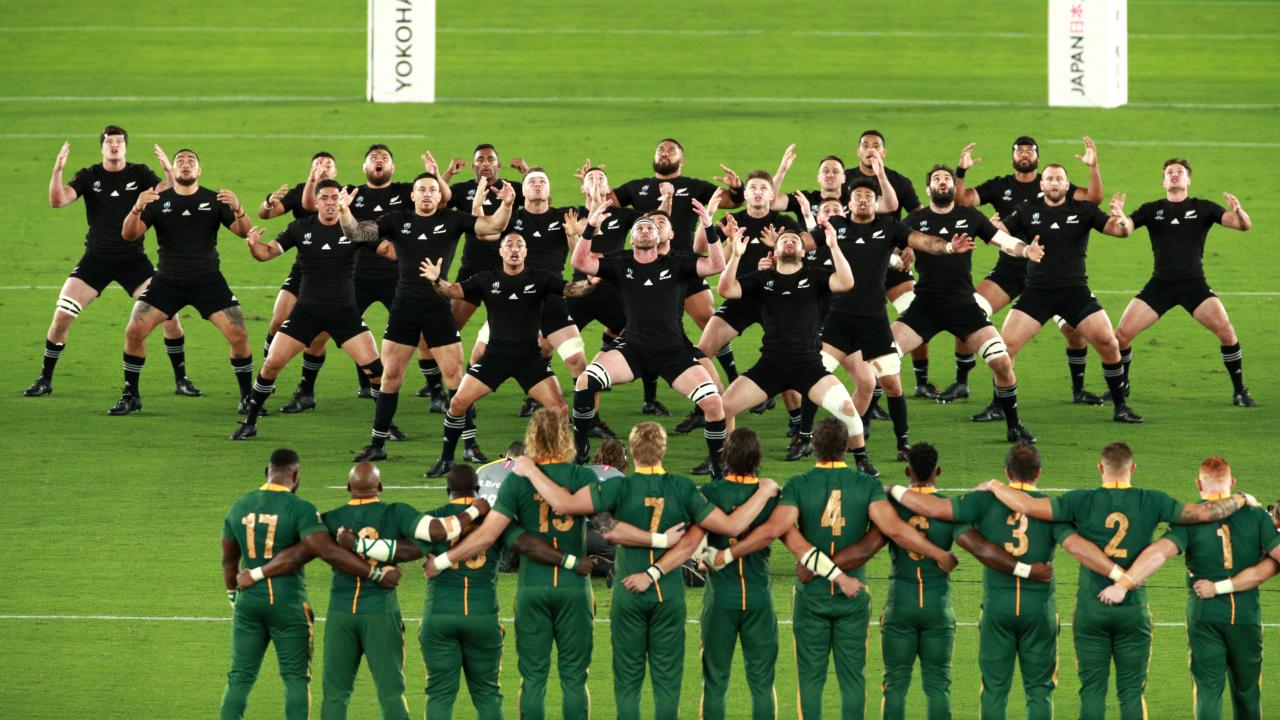 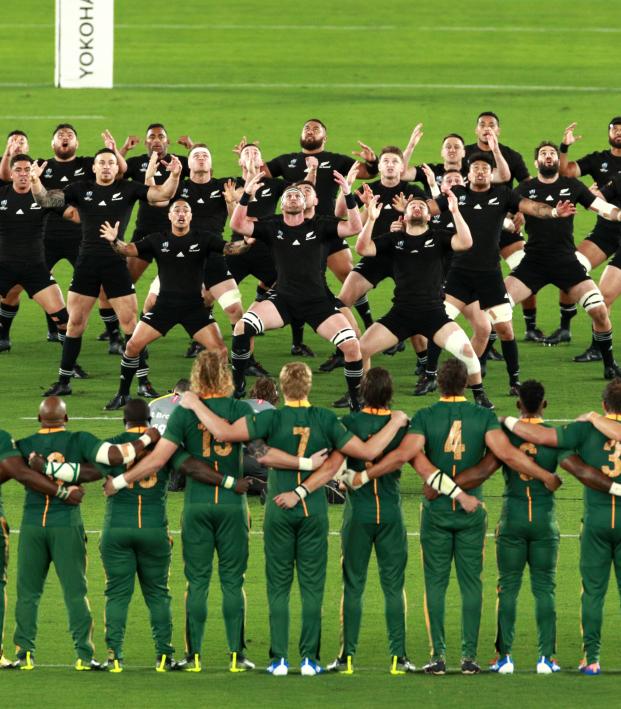 Connor Fleming September 22, 2019
The All Blacks opened their 2019 Rugby World Cup with a hair-raising challenge to the Springboks.

New Zealand opened its 2019 Rugby World Cup campaign with a 23-13 victory over South Africa on Saturday in Yokohama, Japan, and it's easy to see why the All Blacks are favorites to win the tournament for a third straight time.

I’m not talking about their play out there — I didn’t wake up at 4:45 a.m. to watch it — I’m talking about their first haka. I’m no rugby expert but I don’t think anyone is going to beat these guys. I’m looking at the schedule now and next up is Canada on Oct. 2. Send all your thoughts and prayers to Canada.

The haka is a ceremonial dance or challenge in Māori culture, and its usage in New Zealand rugby dates back to 1888, when the New Zealand Native team — comprised almost entirely of players of Māori ancestry — performed it in England while playing against Surrey. (This was also the first match that a team wore an all black uniform.)

The haka has since become synonymous with the All Blacks, and since New Zealand has won three of the sport's eight World Cups (as well as the distinction of being the only international team to have a winning record against every nation it’s played), the haka, by extension, has become synonymous with rugby itself.

But the haka isn’t limited to rugby. New Zealand’s basketball team — the Tall Blacks – used it at the 2019 FIBA Basketball World Cup.

So does the New Zealand soccer team perform the haka? No.

The All Whites (men’s team) and Football Ferns (women’s team) don’t perform the haka before matches, but that’s only because the haka isn’t allowed for in FIFA’s scrupulous pregame logistics. However, it’s something that both teams have in their locker.

“It’s something we have done in our confederation play prior to heading out onto the field. Obviously New Zealand is known for that and it would be something unique and special for us to do, but the time constraints from FIFA don’t allow it.”

According to former New Zealand forward Rory Fallon, the haka was performed by the team in the locker room before the match.

“There are lads that have New Zealand blood running in them but the family has moved away,” he said back in 2016. “It’s important for someone like Themi Tzimopoulous, who is from Greece but has a New Zealand mom, to see us doing the haka before games in the changing room and be aware of past people who’ve given their lives for the country. It gives you that real bond with New Zealand.”

The women’s soccer team has performed the haka following matches at both the 2011 World Cup and the 2012 Olympic Games.