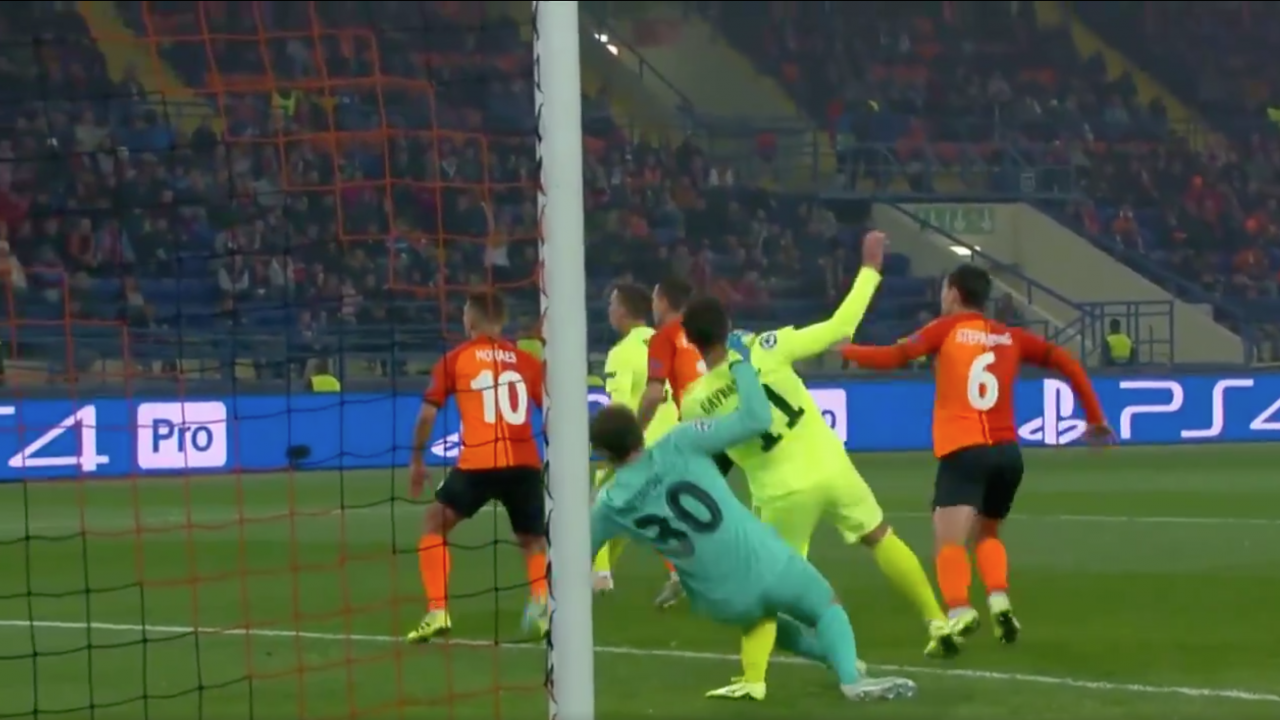 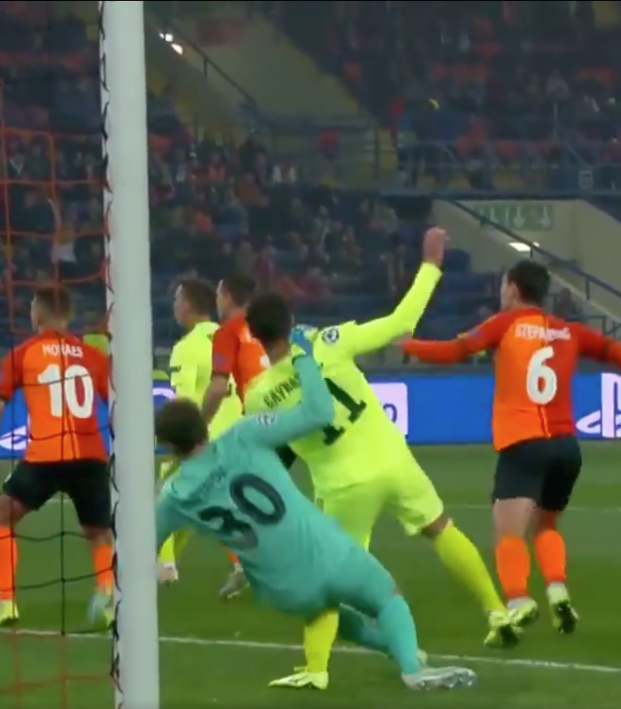 In the race for second place behind Manchester City in Group C of the Champions League, Shakhtar Donetsk really needed to hold serve at home against Dinamo Zagreb on Tuesday. But because of some sheer lunacy from Shakhtar keeper Andriy Pyatov, Dinamo escaped with a share of the spoils in a 2-2 draw.

Goalkeepers are often a protected species in soccer. Generally, if an opponent does so much as breath on a keeper, the ref will blow the whistle for a foul. Goalies know this and use it to their advantage, knowing if they go for a 50-50 ball and get close, they’ll get the benefit of the doubt.

But Pyatov tried to take this a bit too far on Tuesday, and the VAR caught him.

With the match tied 1-1 in the second half, Dinamo took a corner kick. Zagreb striker Mario Gavranovic positioned himself right in front of Pyatov, who clearly didn’t appreciate the company. As the cross swung in, Pyatov pulled off a bizarre judo-type move on Gavranovic, trying to disguise it as the Dinamo player taking down the keeper.

But, because this match took place under UEFA rules and officials and not the Premier League, the VAR spot Pyatov’s maneuver and awarded Dinamo a penalty kick. Mislav Orsic buried the penalty past Pyatov, who was a bit fortunate to only receive a yellow card.

At least, we think Pyatov was trying to draw a foul. We’re giving him the benefit of the doubt, but he could’ve just been trying to injury Gavranovic, who was subbed out a couple minutes after the foul.

The penalty put the visitors ahead 2-1, though Dodô scored a 75th-minute equalizer. With the draw, both sides now sit on four points through three matches, with Zagreb in second place behind Manchester City on goal difference. City hosts Atalanta later in the day.