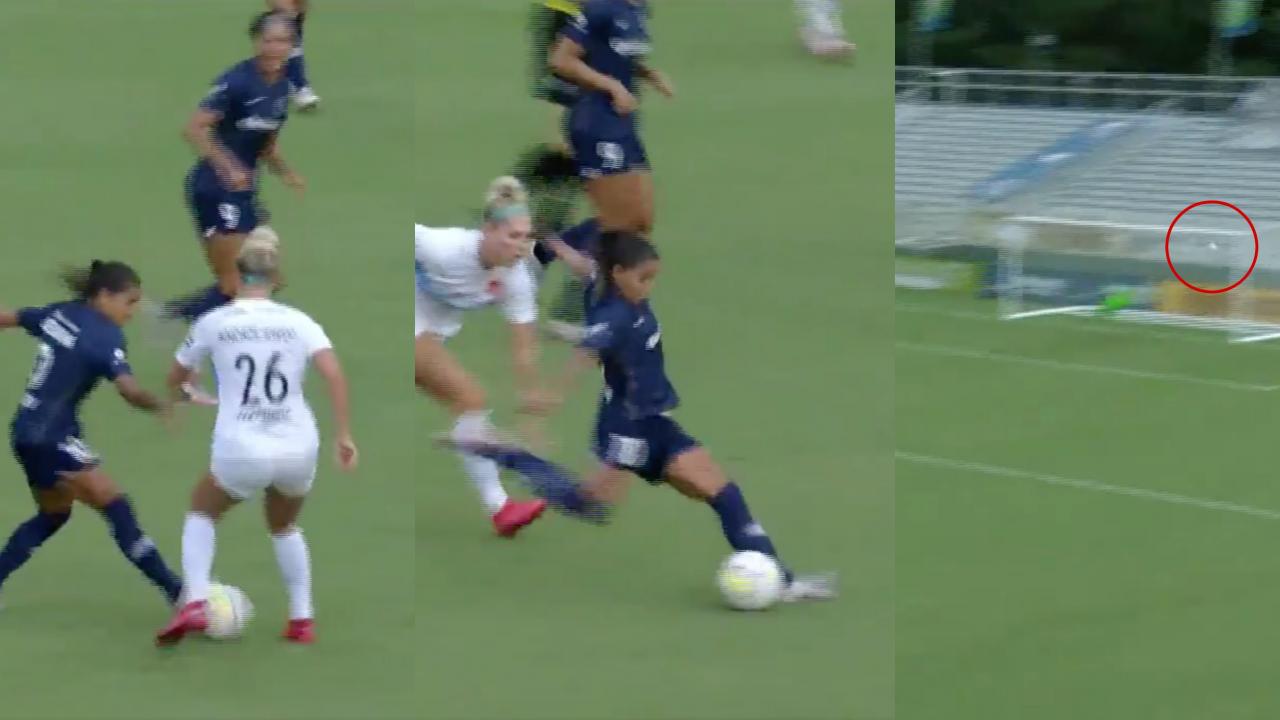 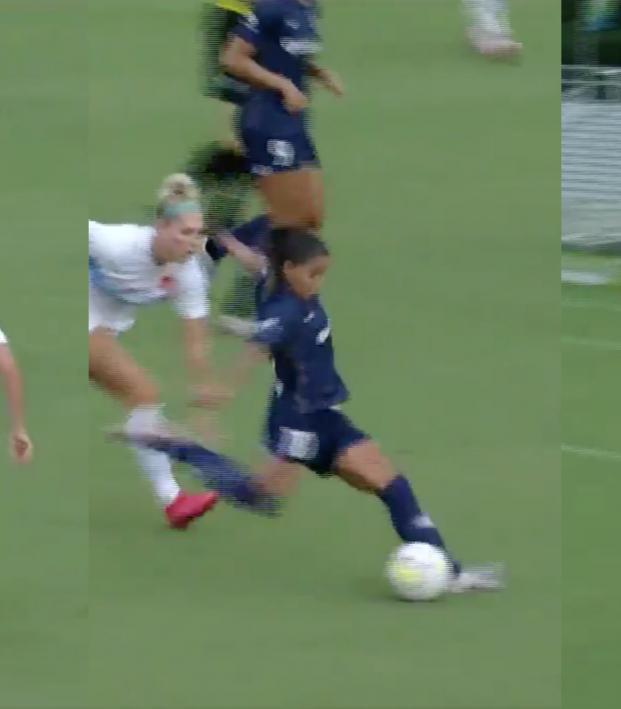 In a matchup of the last two NWSL clubs to lift a trophy, the N.C. Courage once again showed they’re the best in the league. The 2019 NWSL champions rallied late to beat the Challenge Cup winners 4-3 in a match that actually upstaged the Liverpool-Leeds game as the most entertaining 90 minutes of action on Saturday.

Houston led 2-1 at halftime thanks to a pair of assists from Challenge Cup final MVP Shea Groom, but Debinha took over the second half with two incredible goals.

In the 52nd minute, North Carolina’s 28-year-old Brazilian changed the trajectory of the match. She cleverly nutmegged Bridgette Andrzejewski before blasting a 30-yard bomb that left Jane Campbell with no chance.

Debinha powers it into the back of the net and @NCCourage tie it back up! pic.twitter.com/lUm8NTKuJJ

Debinha scored the winner in the 86th minute with another beauty, a curler from just inside the 18.

Another one for @Debinha7 and the  goal of the game

The NWSL Fall Series schedule shifted Saturday with the OL Reign-Portland match postponed because poor air quality due to nearby wildfires (make this your daily reminder to do more to combat climate change). So the Dash-Courage match, originally slated for Friday night, was pushed back a day and given the prime CBS TV slot. It turned out to be a great choice as Saturday’s match was wildly entertaining from start to finish.

The Fall Series has been a bit of a mixed bag for the NWSL. On the one hand, it’s more WoSo, which we always love, especially with many of the matches aired on CBS to a national audience. On the other, the odd addendum to the season is void of most of the league’s best players. Some, like Megan Rapinoe and Julie Ertz, have opted out. Others, like Alex Morgan, Rose Lavelle, Sam Mewis, Tobin Heath and Christen Press, have decided to go overseas to play while America struggles to control the coronavirus.

So Saturday’s Courage-Dash match had a huge asterisk next to it, with both clubs missing players. In a way, Houston, which has few star players, is best-poised to do well in the Fall Series, with most players sticking around (though Challenge Cup MVP Rachel Daly left on loan to West Ham).

And indeed the Dash dominated early, but it was the Courage who struck first.

On a rare foray forward, North Carolina earned itself a penalty kick. USWNT defender Abby Dahlkemper expertly put away the spot kick for a 1-0 advantage to the 2018 and 2019 NWSL champions.

The  converts from the spot!@AbbyDahlkemper gives @TheNCCourage an early lead.

As confident as Dahlkemper was in scoring, she looked out of sorts at the other end seven minutes later.

A loose touch from Dahlkemper allowed Groom to nick the ball away. The Aggie, with only Stephanie Labbe in front of her, then unselfishly laid the ball off to Veronica Latsko to equalize in the 25th minute.

We've got ourselves a game @V_Latsko12 has an easy finish after @sheabayy2's unselfish play.

Groom was again at the center of the action as Houston took a 2-1 lead through Kristie Mewis, whose sister Sam normally would’ve played in this fixture but left the Courage for Manchester City last month.

The second half was a different story for the Courage and it all started with Debinha’s stunning effort early in the second half.

A minute after Debinha’s equalizer, things got worse for the Dash as Allysha Chapman was shown a second yellow card. North Carolina seized the momentum, but Houston seized the next lead.

Katie Stengel controlled a long ball into the path of Sophie Schmidt, and the Canadian legend did the rest with a great strike from just inside the penalty area.

.@sophieschmidt13 is not playing around

But the Courage aren’t the two-time NWSL champions for nothing. Even without some of their key players, they battled back, starting with the indefatigable Lynn William, who equalized in the 83rd minute.

The goals just keep coming @lynnraenie draws this one level.

Debinha’s late winner finally concluded the scoring in a wildly entertaining match. Though the league is without many of its biggest stars, the NWSL can still put on one helluva show.