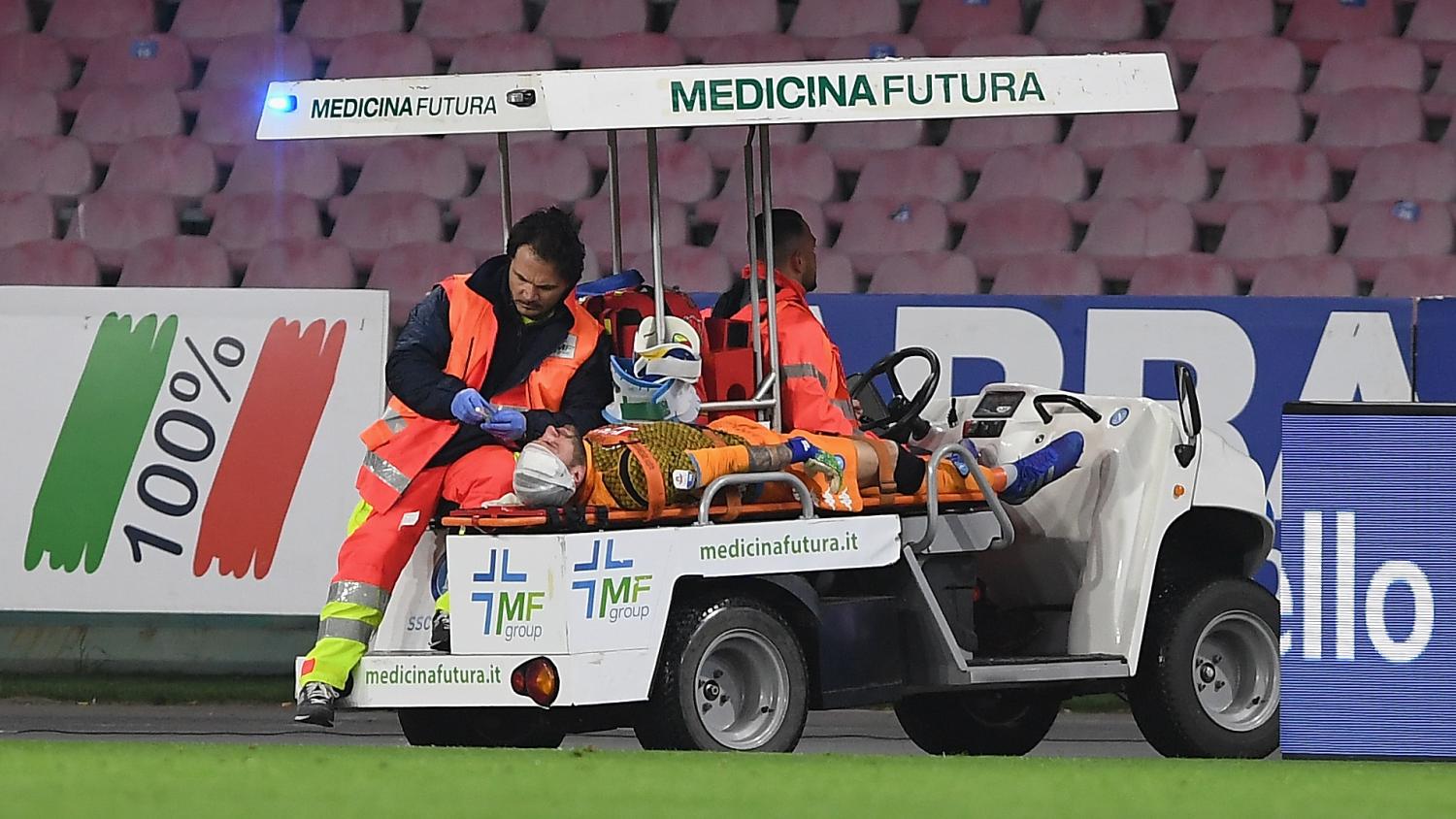 The Colombian, on loan from Arsenal, sustained an injury earlier in the match before carrying on.
Getty Images`

Napoli goalkeeper David Ospina, who’s at the club on a one-year loan deal from Arsenal, had to be rushed to the hospital after collapsing during today’s Serie A match against Udinese.

The 30-year-old Colombian was injured in the fifth minute after a low cross into the Napoli box resulted in a collision between Ospina and Ignacio Pussetto.

David Ospina's injury before his collapse in today's match against Udinese pic.twitter.com/rxPhWE0QZe

According to ESPN, this resulted in a “serious cut” that was promptly bandaged by the medical staff. Ospina would carry on playing, but in the 42nd minute, the goalkeeper collapsed to the ground with no one near him.

David Ospina's collapse after kick in the head by Udinese player. pic.twitter.com/eZZwGgip4D

Ospina reportedly lost consciousness for a few minutes before being placed on a strecther, having regained consciousness, carted off the field and then transported to the hospital by an ambulance.

Ospina was called up for Colombia’s friendlies against Japan and South Korea next weekend, but the man with 94 caps to his name remains under close supervision at the hospital.