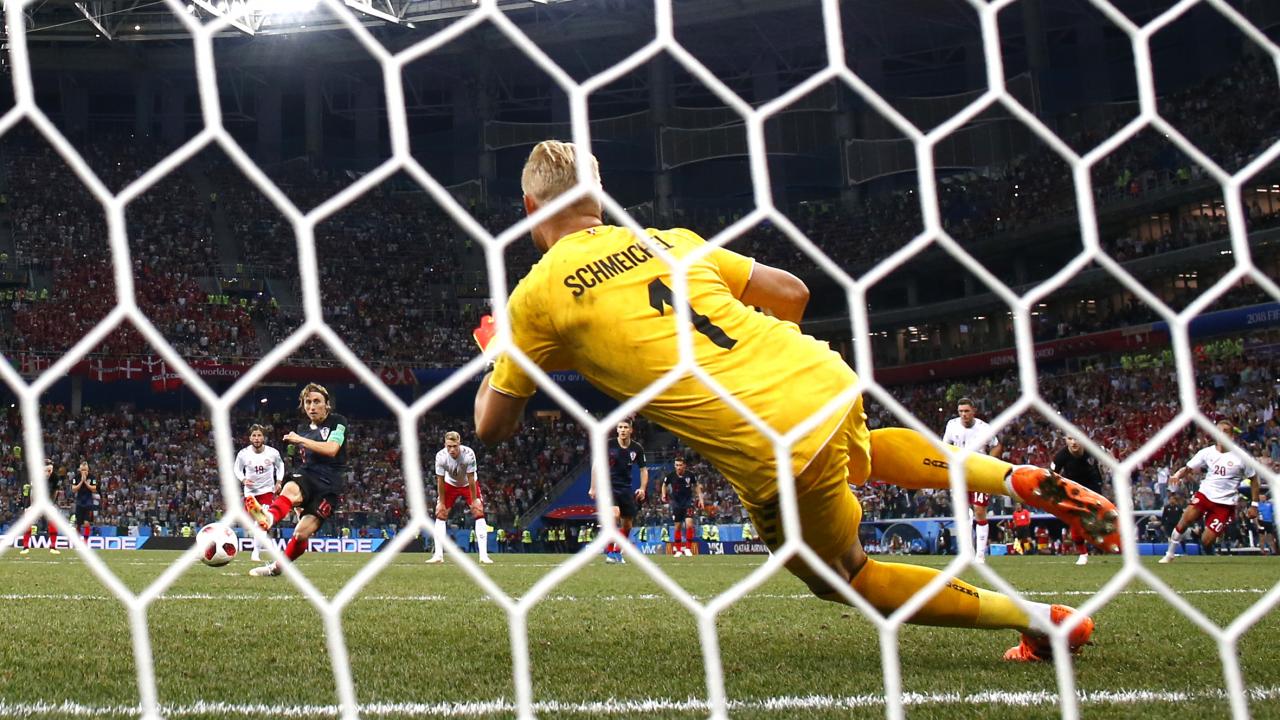 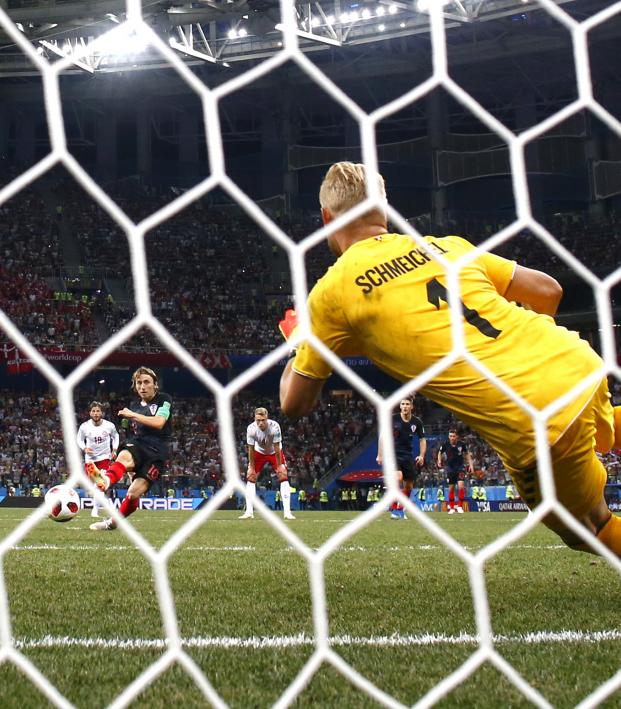 Connor Fleming July 1, 2018
Two penalty shootouts in one day is way too much to handle.

The first four minutes of Croatia versus Denmark was the most lit beginning to any knockout stage match ever. I can factually say that because it was the first match in knockout history to feature two goals in the opening four minutes of play.

Denmark’s opener in the first minute was due to an error by Croatia goalkeeper Danijel Subasic (remember the name). That was the last error he'd ever make. It was a dream start for the underdogs.

But a couple minutes later, Mario Mandzukic equalized after receiving an “assist” from Andreas Christensen (the defender was blasted in the face by the ball and put it on a plate for the Juventus forward).

The next 86 minutes? Let’s not talk about it. Denmark offered little and Croatia countered by looking completely disinterested and really quite tired. It was not a great match.

After one period of extra time spent in a similar vein, the game sprang to life in the 115th minute. Luka Modric’s perfect pass sent Andrej Kramaric racing free on goal, and the Hoffenheim attacker rounded Kasper Schmeichel before being taken out from behind.

Modric stepped up to take the penalty, but Schmeichel produced a great save to send the match to a penalty shootout.

Perhaps inspired by Igor Akinfeev’s play earlier in the day, both keepers put on a clinic in the shootout.

The first penalty was from Denmark’s Christian Eriksen, but Subasic got his fingertips to it and pushed it onto the post. Schmeichel responded by saving from Badelj with his legs.

The teams both exchanged penalties to put us at 2-2 before Subasic saved again, this time from Schone. However, Schmeichel replied by turning away Pivaric’s kick.

Finally, Subasic denied Nicolai Jorgensen with his legs to send Ivan Rakitic to the spot with a chance at winning it. The Barcelona midfielder made no mistake to send Croatia through to the quarters, where they’ll play RUSSIA.

Watch it all here because my word:

I don’t need another penalty shootout for the rest of this tournament — that was entirely too much for one day.