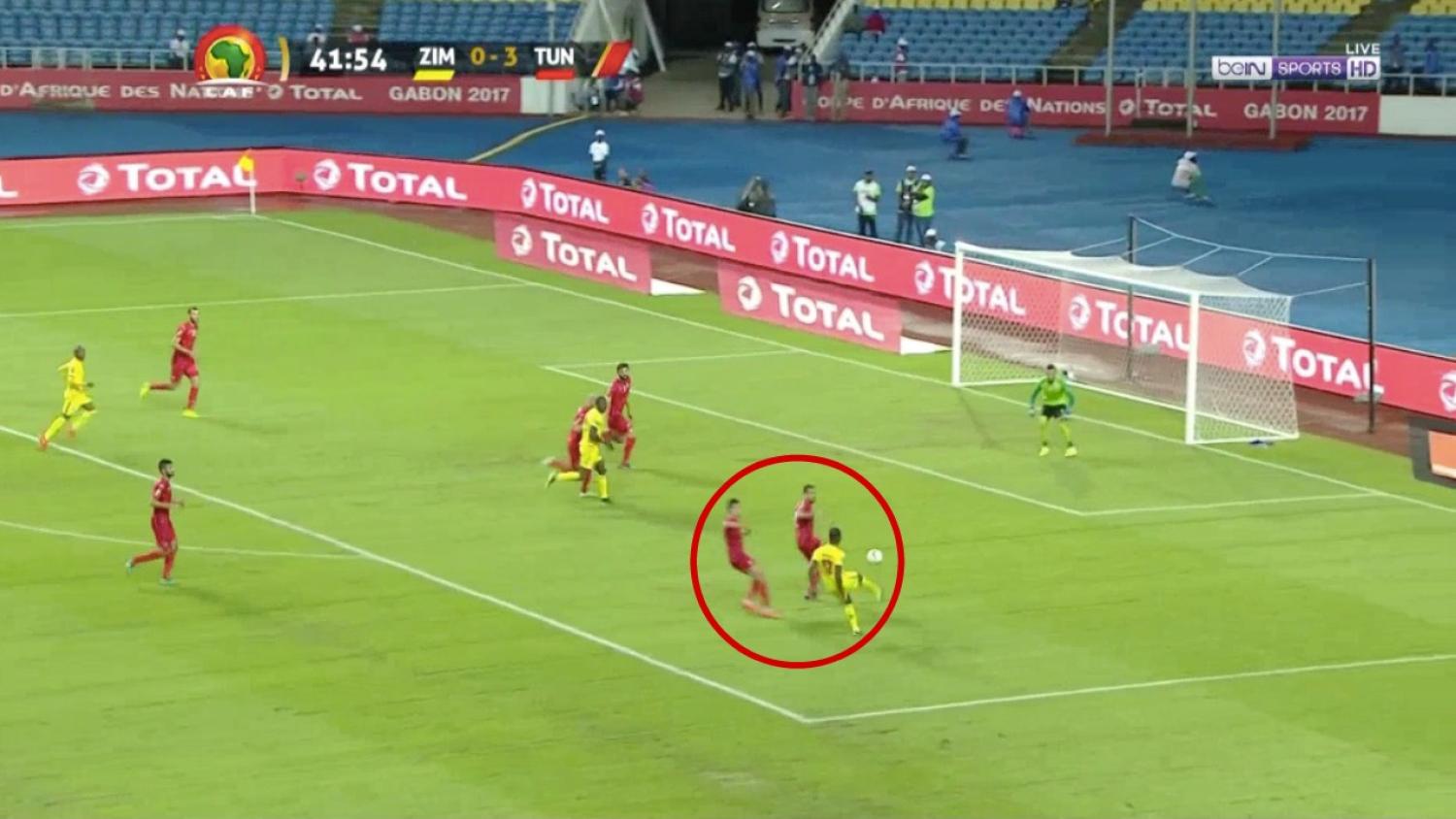 Knowledge Musona brought the know-how for Zimbabwe at the Africa Cup of Nations.
Streamable

Zimbabwe were eliminated from the 2017 Africa Cup of Nations on Monday after losing to Tunisia in their final group match, 4-2. The Warriors, who were making only their third AFCON appearance and first since 2006, are largely reliant on striker Knowledge Musona, considered to be one of the finest footballers Zimbabwe has ever produced.

One of the few players on the team to play abroad, Musona plays for K.V. Oostende in the Belgian first division, the striker gave Zimbabwean’s a lasting memory by scoring one of the best goals of the tournament.

Receiving the ball on the right-hand side, Musona controlled it on his chest before a clever sombrero flick left two defenders in his wake. He set himself up with one touch before rifling a right-footed shot inside the far post.