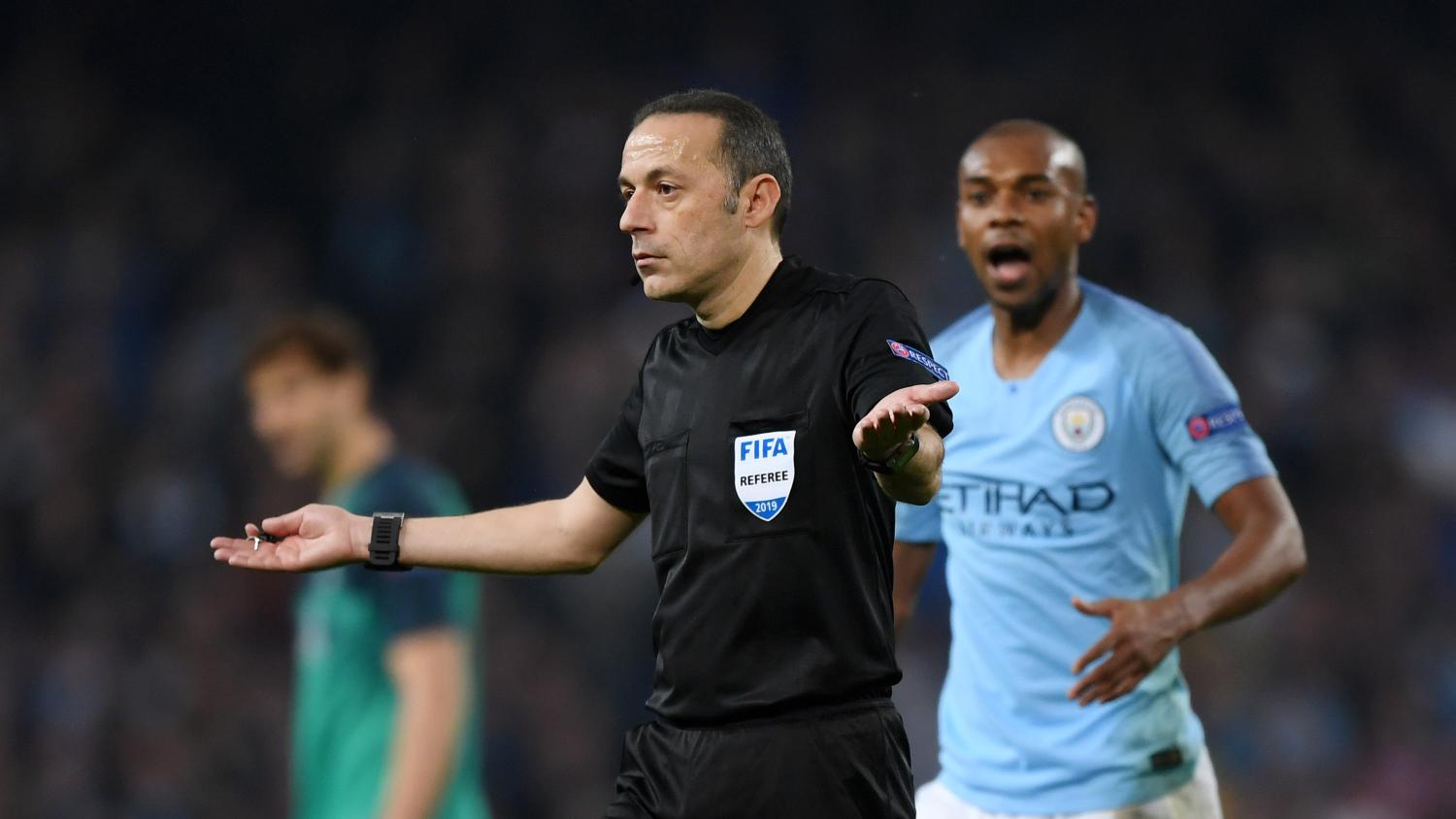 Spurs scored a goal off an arm and City had a late goal disallowed by VAR in epic Champions League quarterfinal.
Getty Images

Tottenham Hotspur — and VAR — threw a wrench into Manchester City’s quest for an unprecedented quadruple on Wednesday at Etihad Stadium in Manchester. Spurs lost 4-3 on the day but advanced 4-4 on aggregate by way of away goals into the Champions League semifinals, where Ajax awaits.

The remarkable result for Tottenham came as the courtesy of a couple video replays going Spurs’ way, including one controversial goal given to Tottenham and one taken away from City.

The match represented one of the wildest roller coaster of emotions imaginable, with both teams going from in the lead to trailing within moments, perfectly encapsulating the beauty (or banality) of the away-goals rule.

The ending perfectly matched the beginning, as the first half was absolutely bonkers, with four goals in the opening 11 minutes and five by the break. (Check out the first-half highlights here and then come back for the rest of the story.)

The second half began with Manchester City dominating possession. Both Son Heung-min and Danny Rose picked up yellow cards trying to halt City’s progression and Hugo Lloris came up with two big saves in the opening 10 minutes of the half. (Son will miss the first leg of the semifinals because of the booking.)

But there was no stopping Sergio Aguero’s first good attempt at goal of the match.

The key moment of the match came in the 73rd minute when, of all people, Fernando Llorente gave Spurs the lead back.

Brought in as a sub for the injured Moussa Sissoko (and only considered because of Harry Kane’s injury), Llorente hadn’t brought anything to the match until a vital corner kick, which City conceded because Ederson couldn’t grasp a corner kick moments earlier.

Llorente knocked the ball into the goal with what appeared to be his arm and then his hip.

Initially ruled a goal, the referee went to the video monitor for a VAR review. For some reason, the referee didn’t look at the camera angle from within the goal, which showed the ball striking Llorente’s arm first.

After a bit of deliberation, the ref decided he couldn’t see any reason to overturn the goal and it stood, with the referee’s gesture saying it all. 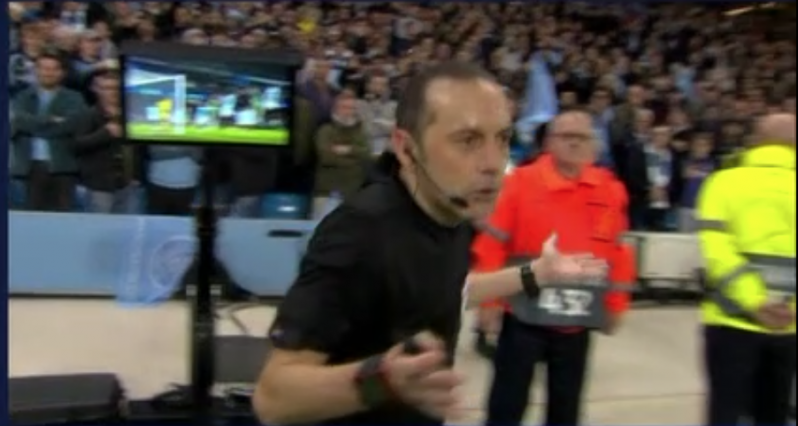 But the VAR wasn’t done.

With City needing just one goal to retake the series, it appeared Pep Guardiola’s side found that goal in the 93rd minute through Sterling, who would have completed his hat trick.

The play began when Christian Eriksen’s back-pass was intercepted, playing in Aguero, who found Sterling for the finish.

But VAR again was called upon.

After a quick review, which didn’t involve the center referee, the goal was disallowed for offside. Although Eriksen made the pass, a slight deflection from City’s Bernardo Silva meant Aguero was marginally ruled offside before the goal.

With Spurs given a second life, they denied City deep into stoppage time and held on for the historic win.

Albeit with some help from VAR on Llorente’s goal.

Despite the calls going against Manchester City, it's hard to feel too sorry for Guardiola's side after failing to produce anything in the first leg. But let's hope the Ajax-Spurs semifinal comes anywhere close to the excitement of this quarterfinal.