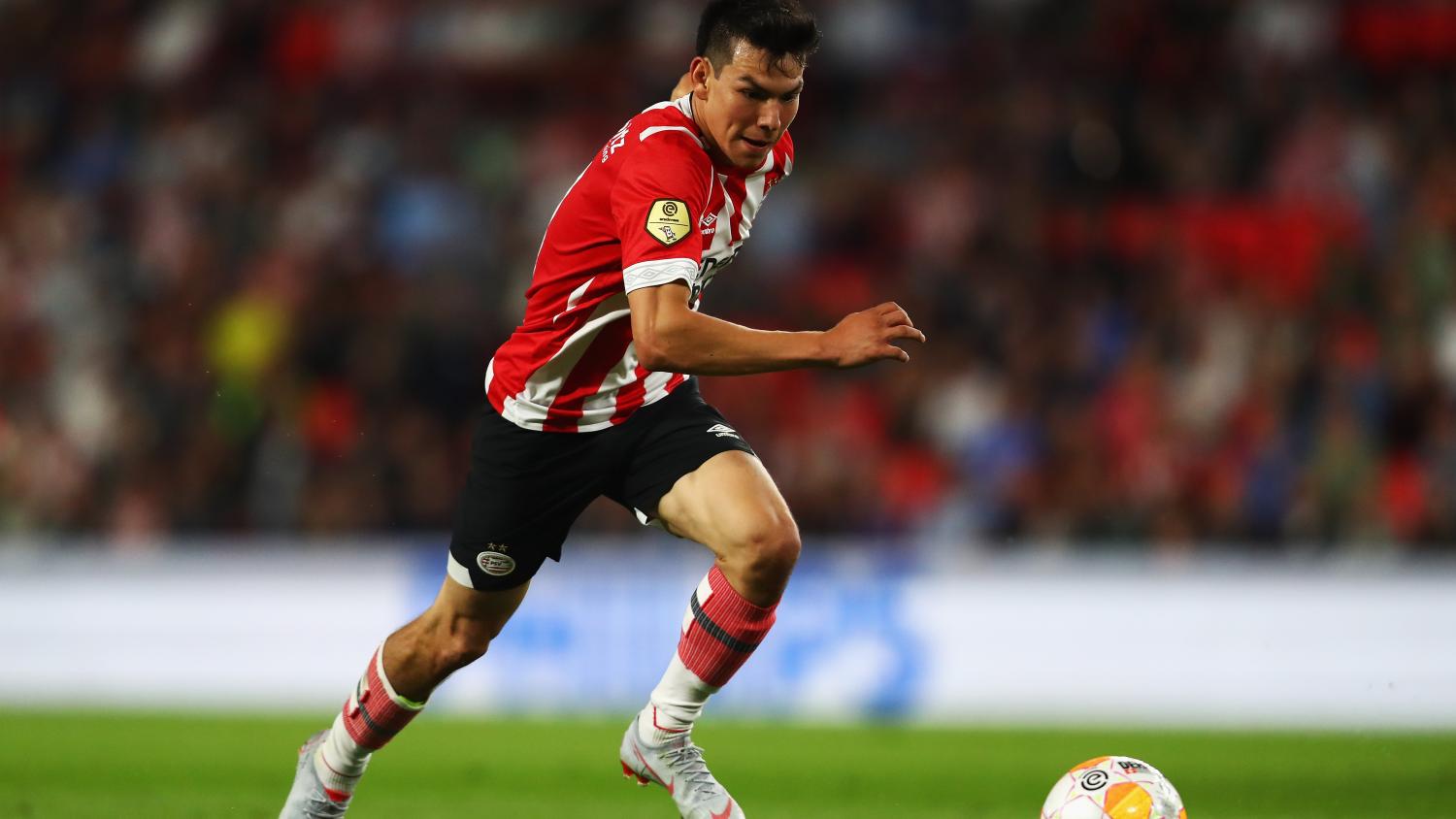 PSV Eindhoven recorded a massive 1-0 victory over VVV-Venlo at De Koel on Sunday, and the game’s lone goal was an impressive solo strike from Hirving “Chucky” Lozano in the 86th minute.

The victory takes PSV five points above Ajax at the top of the Eredivisie table following the Champions League quarterfinalists' defeat against AZ Alkmaar later in the day.

The goal was Chucky’s 15th in 24 league games this season (to go along with six assists), and 19th in 34 appearances across all competitions. But this was perhaps the 23-year-old’s finest for the club.

After picking up possession on the right-hand side of the box — about 25 yards from goal — Chucky rode a tackle, stayed on his feet, took the ball around another defender and then rifled in a finish from 18 yards out.

The goal was Lozano’s second in three appearances following his outrageous flick against Feyenoord back on Feb. 24.

Lozano has been included in Tata Martino’s first-ever Mexico squad, and he’ll have a big part to play in upcoming friendlies against Chile (Mar. 22) and Paraguay (Mar. 26).

However, PSV will be keen to have a fit and firing Chucky after the international break: PSV travels to Amsterdam ArenA on Mar. 31 for a potential title-decider against Ajax.