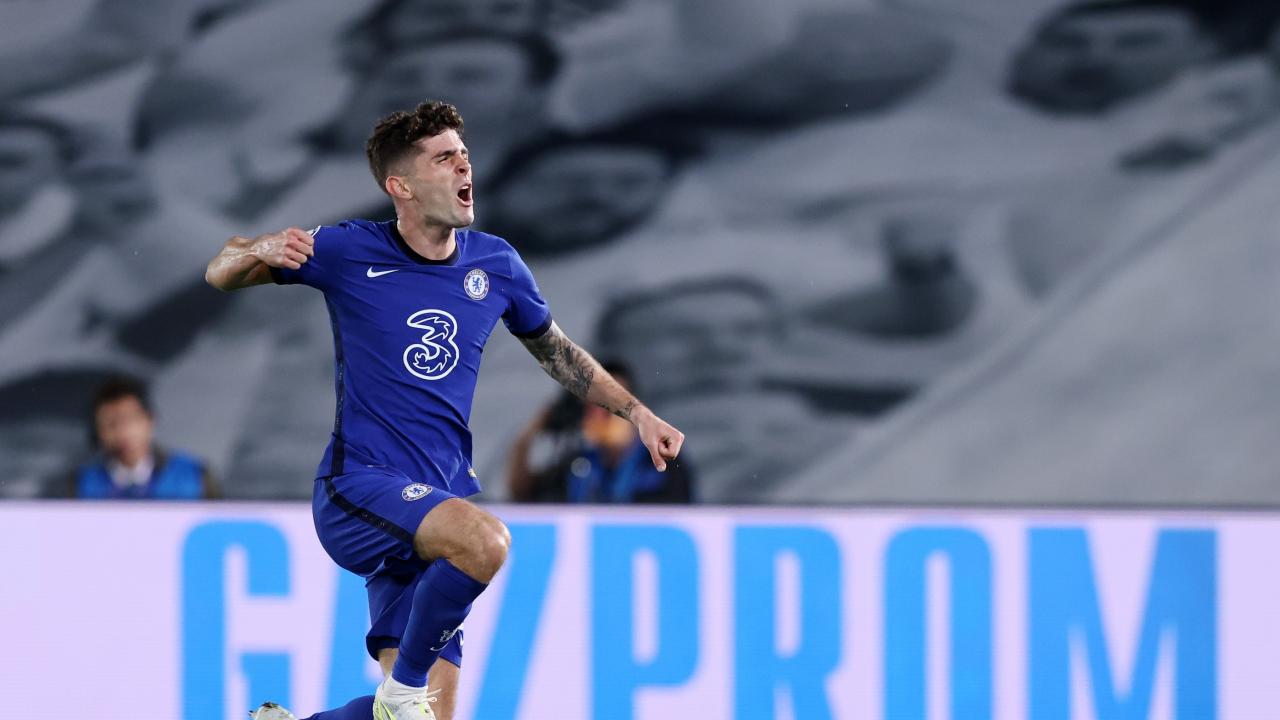 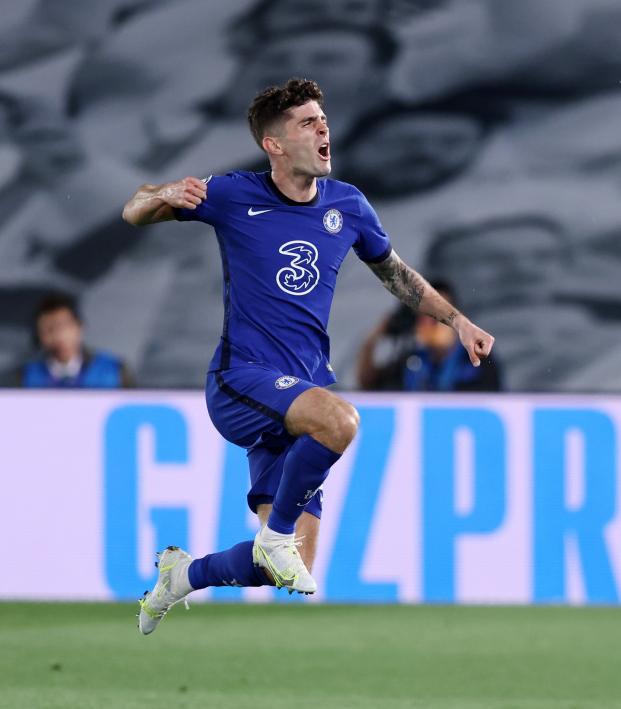 Travis Yoesting April 27, 2021
Christian Pulisic did it all himself after learning not to pass it to Timo Werner, becoming the first U.S. international to score in the UEFA men’s Champions League semifinals.

Early against Real Madrid, Christian Pulisic put the ball on a platter for Timo Werner to score, but his German teammate hit it too close to Thibaut Courtois, whose lanky legs denied Chelsea an early goal. Not long later, Pulisic learned his lesson and opted not to pass, and in doing so put his team in front in the Champions League semifinals on Tuesday in Madrid. The Pulisic goal vs Real Madrid was the opener in a 1-1 draw in the first leg of the UCL semifinals.

Though Werner leads Chelsea in assists in all competitions this season, his finishing in front of goal has left much to be desired. The Blues probably should have gone in front within 10 minutes but for the former RB Leipzig striker being denied by the former Chelsea keeper.

Pulisic couldn’t have set up Werner any better. The next time Pulisic found space in the box, he kept the ball all to himself.

In the 14th minute, Antonio Rüdiger found the American’s darting run in behind the Real defense and suddenly Pulisic was one-on-one with Courtois. As Madrid defenders retreated to the goal line, Pulisic danced around Courtois with startling ease, leaving the Belgian flailing before rifling home the semifinal’s opening salvo.

The goal was nothing less than Chelsea deserved. Thomas Tuchel’s side was on the front foot from the opening minute and, unlike Liverpool in the quarterfinals, took advantage on the scoreboard. And it was thanks to the American, who was superb throughout his 66 minutes on the pitch.

Pulisic also became the all-time leading American goal scorer in the men’s Champions League with five, passing Beasley. He’s also the first U.S. international to score multiple knockout-stage goals in a single men’s UCL and the first to score against Real Madrid outside of the MLS All-Star Game.

First U.S. international to score in the UCL semifinals

Passes @SachaKljestan for most UCL goals by a U.S. int’l (5)

Unfortunately for Chelsea, the lead didn’t last too long. Karim Benzema hit a stellar volley to equalize in the 29th minute.

The match finished tied 1-1, giving Chelsea a slight advantage on away goals heading back to London for the second leg on May 5.