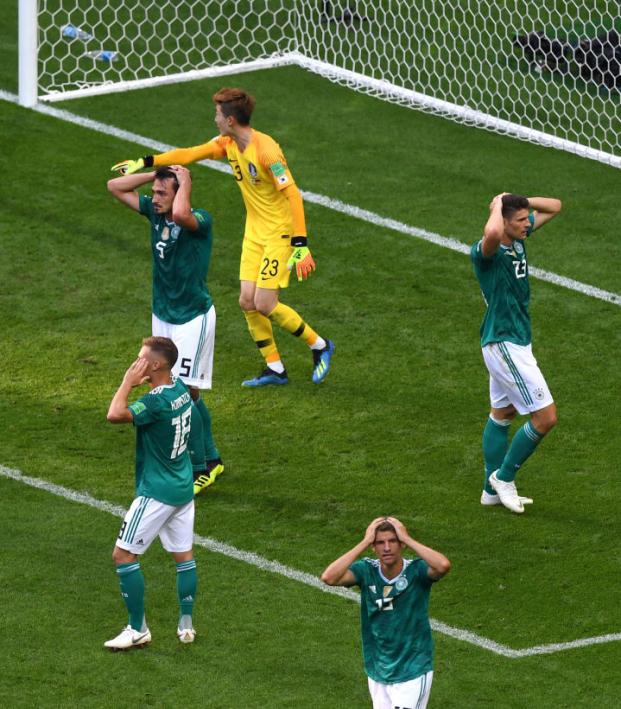 Connor Fleming June 27, 2018
Cho made six saves to dump out the defending champs and send Mexico into the Round of 16.

Mexico’s deserved 3-0 spanking at the hands of an exceptional Sweden side doesn’t matter. El Tri’s through to the Round of 16 thanks to one of the greatest upsets in the history of the World Cup. The defending champions are out, and they’ll long have nightmares of South Korea goalkeeper Cho Hyun-woo, who made six saves on the day.

Thanks to Graham Zusi’s efforts in an otherwise meaningless match against Panama, Mexico qualified for the 2014 World Cup and Zusi earned the moniker “San Zusi” (“Saint Zusi”). Cho has certainly taken that mantle from the USMNT full back after keeping Germany at bay despite receiving no help from El Tri in the Taegeuk Warriors’ quest for the Round of 16 (a Mexico victory over Sweden would’ve sent South Korea through).

Mexico’s players were the heroes for an adoring public back home for a couple weeks, but now its the likes of Cho, Kim Young-Gwon and Son Heung-Min that’ve earned the plaudits from Mexico City to Guadalajara.

What a save by Jo to keep it scoreless between South Korea and Germany! pic.twitter.com/jFwDge2sJ6

Sweden advance as deserved group winners from Group F. Mexico will now play the winners of Group E (you’d think Brazil, but it’ll probably be Serbia based off what we’ve seen so far).