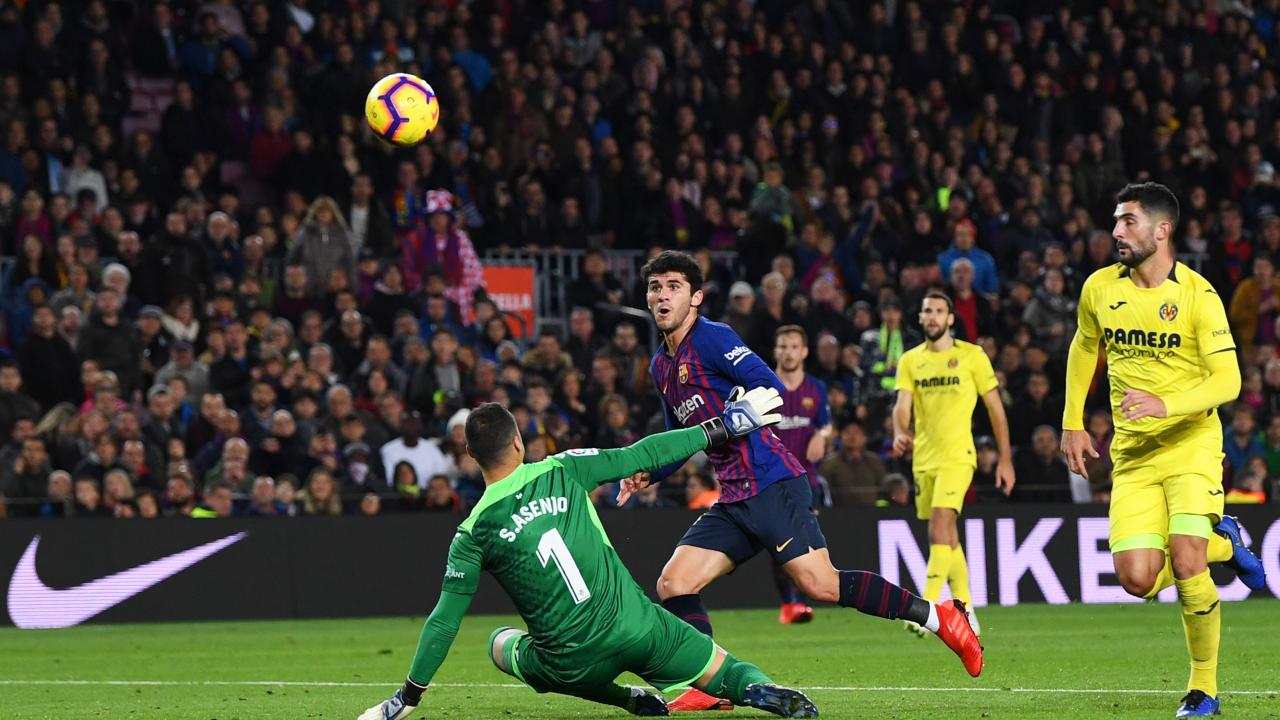 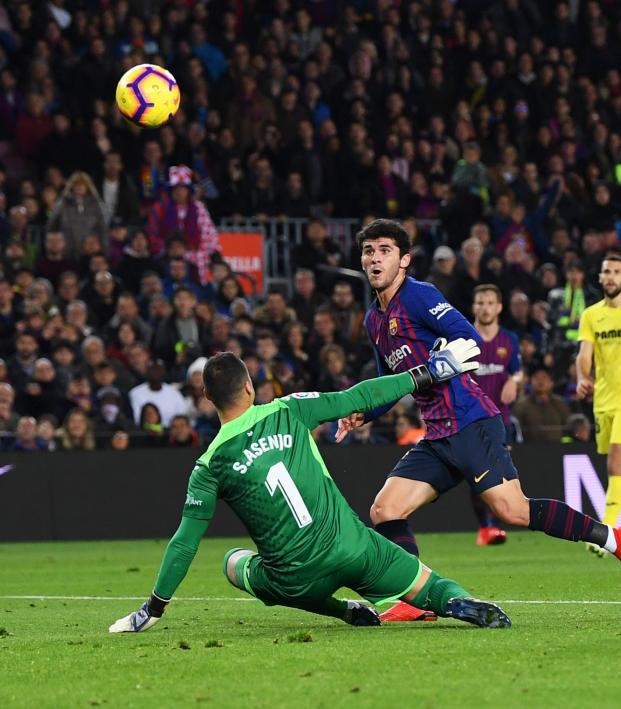 We’re not saying this is the metaphorical equivalent of Ronaldinho assisting Lionel Messi for his first league goal back in October 2004, but Messi’s feed for Carles Aleñá’s first LaLiga goal today was pretty special.

Messi scored his first goal at the age of 17. He’s an alien. Aleñá scored his today at the age of 20, and he appears to be an exceptional footballer. He’s been touted as the longterm replacement for Andrés Iniesta from within — a comparison that began with a sensational goal in the UEFA Youth League back in 2015.

He’s since gone on to help Barcelona B achieve promotion from the third division to the second during the 2016-17 season (scoring three goals and adding seven assists in 29 games), and in Spain’s second division last year he scored 11 goals and added four assists in 38 games.

The center mid’s assured displays for Barcelona B amounted to appearances in the Copa del Rey with the first-team (and he scored against Hércules in that competition back in 2016), and he signed a three-year contract extension last September with a release clause of around $90 million.

He’s been with the first-team since the beginning of November, and although he’s been on the bench throughout, he was given 21 minutes today and made his mark in Barca’ 2-0 win over Villarreal.

Bonus: Look at what Ousmane Dembele did here!

Barcelona returned to the top of the table with the win and Sevilla's draw with Alaves.