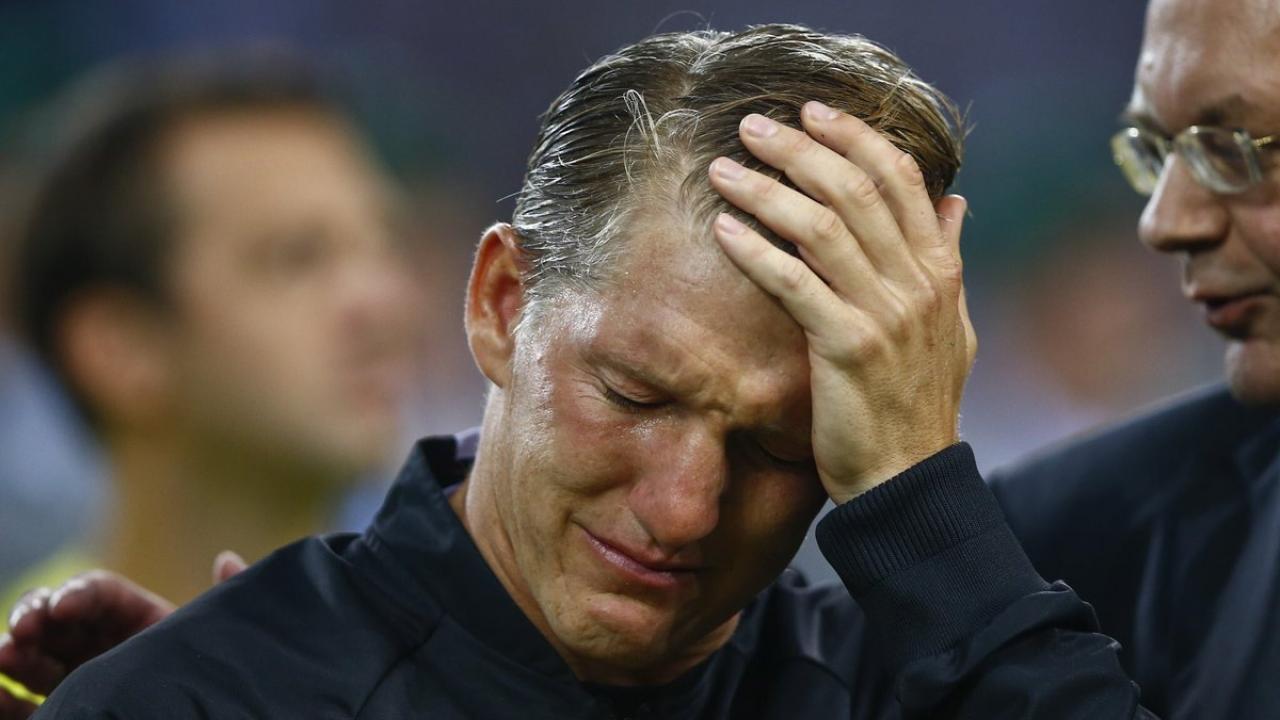 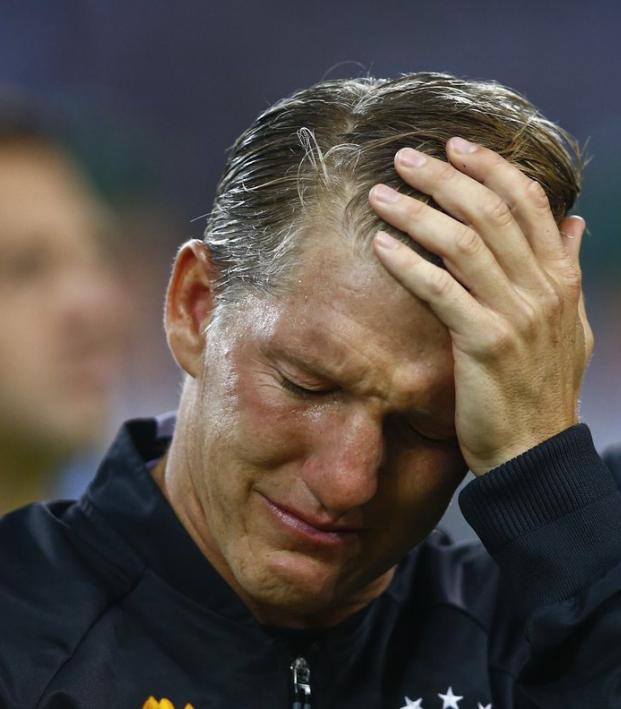 Sam Klomhaus September 9, 2016
Seemingly frozen out by Jose Mourinho at Manchester United, Bastian Schweinsteiger is too good not to play.

After seeing Bastian Schweinsteiger's emotional farewell for Germany this international break, we couldn't help but think of the contrast with his Manchester United career. Schweinsteiger, an all-time great central midfielder and winner of the World Cup and Champions League, has reportedly been forced to train with the reserves by Jose Mourinho.

This is a stupid thing, because the knock on Schweinsteiger is he's old and can't run very fast or far. This is true. However, even the slow, out-of-breath version of Schweinsteiger is better than Marouane Fellaini. (Yes, yes, we know about Fellaini's chest control. Shut up.)

In Schweinsteiger's current state, there is no better midfield partner for him than Paul Pogba, the rangiest central midfielder in the world. Pogba's presence basically mitigates Schwinsteiger's weaknesses and allows the German to do what he does best: spread the ball around, protect the defense and deliver perfect long balls to Zlatan when the defense is least expecting it.

This is undeniably better than watching poor Pogba have to suffer with the likes of Fellaini, a player who some speculated might be off to Sunderland this summer, next to him.

Fellaini has been better with Pogba next to him, a testament to how good Pogba is. Think what would happen if he had a player who deserved to be on the field during a high-level soccer game to partner with OH WAIT HE DOES IT'S BASTIAN SCHWEINSTEIGER.