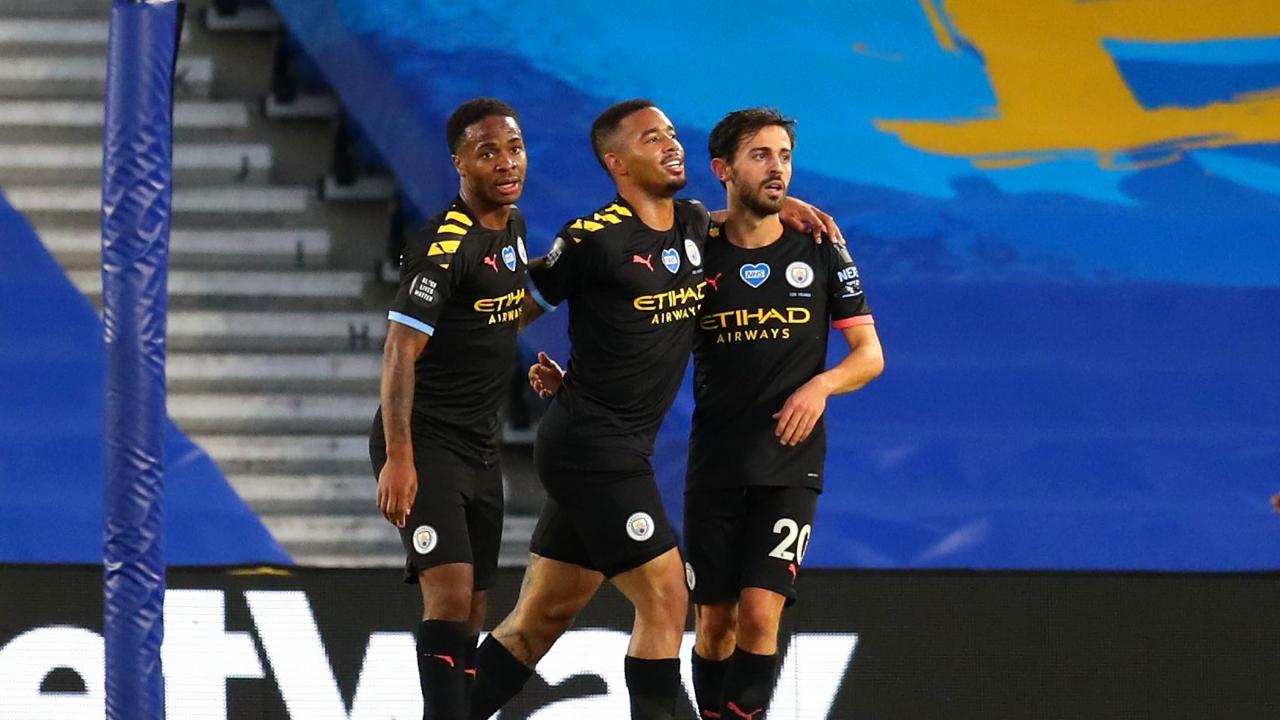 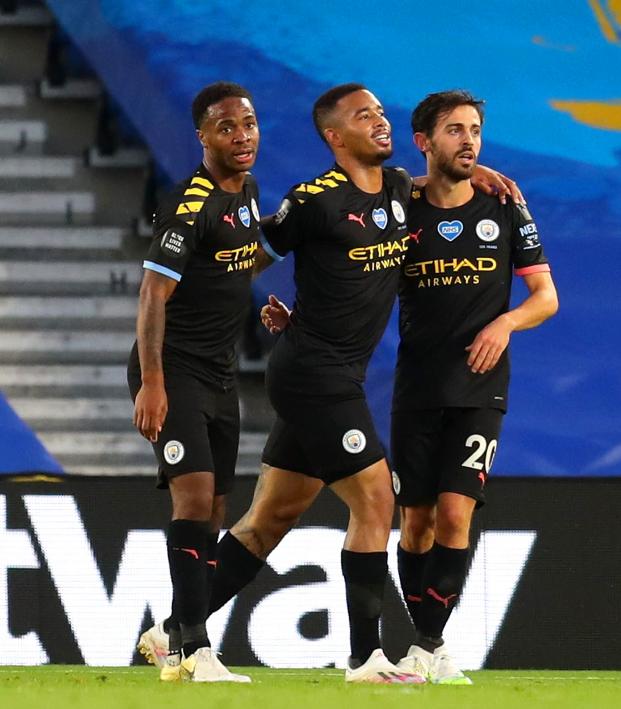 BRIGHTON, England — Raheem Sterling struck a hat trick as Manchester City crushed Brighton 5-0 at the AmEx Stadium in the Premier League on Saturday.

Second-placed City had lost their previous three away games but never looked likely to extend that streak against a Brighton side that struggled from the outset.

Sterling, who has now netted 27 goals in all competitions, opened the scoring in the 21st minute when he collected a nod-down from Gabriel Jesus outside the box and superbly drove it into the bottom corner.

Jesus made it 2-0 just before the break, turning in from close range after Rodri had headed a corner goalwards.

City took total charge in the second half, with Kevin De Bruyne striking the post in the 51st minute and two minutes later Sterling heading in a fine curling cross from Riyad Mahrez.

Bernardo Silva made it four and then Sterling bundled in the fifth in the 81st minute, the ball bouncing in off his head after he had fallen to the floor.

The result ensures that City, on 72 points, will finish in the runners-up spot, although they will have to wait for the decision from the Court of Arbitration of Sport (CAS) on Monday to find out if they will be able to compete in next season's Champions League.

City have been banned from European competition for two years by UEFA but appealed to CAS in a bid to overturn the decision.

"We've qualified for the Champions League which was the minimum requirement for this club. We won it on the pitch and hopefully on Monday UEFA will allow these players to play next season. They deserve to be in the Champions League," said City manager Pep Guardiola.

Whatever the outcome of that ruling, City remain in this season's competition with the second-leg of their last 16 game against Real Madrid coming up in August.

"I was pleased with everything tonight - the result and the levels we reached. We are now at a good level and are ready to play the last games of the Premier League and in the Champions League," Guardiola said.