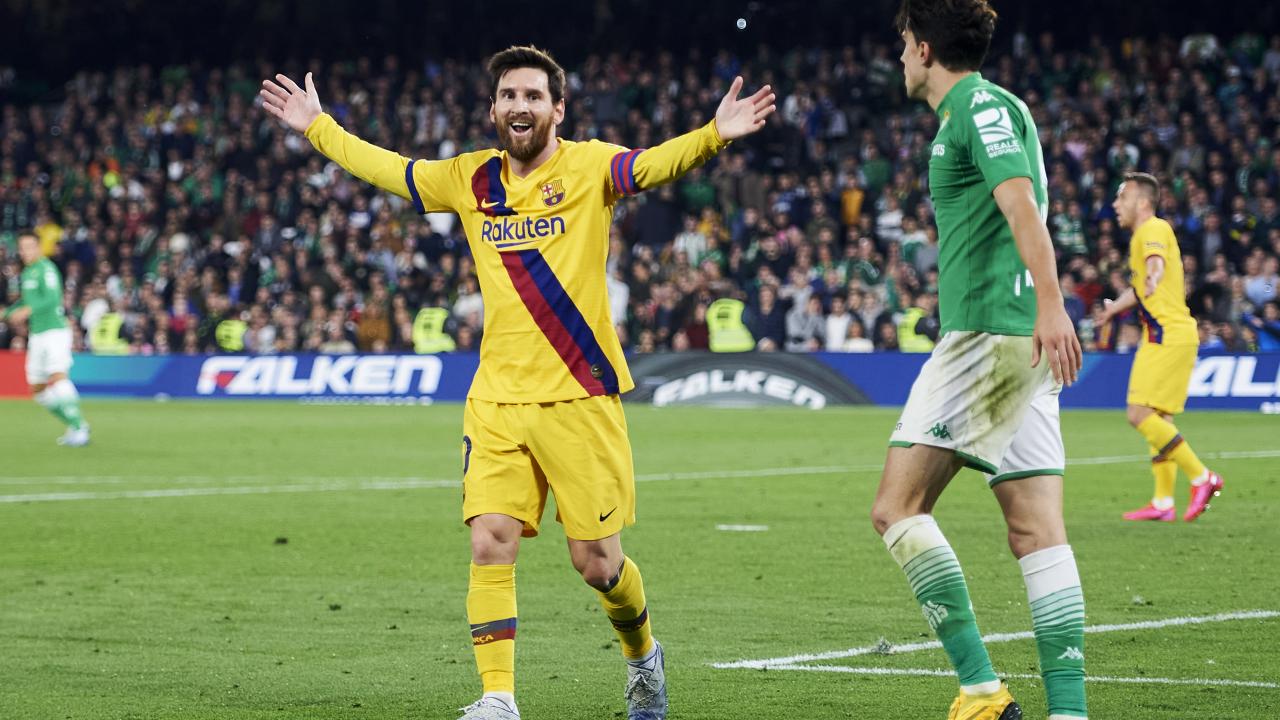 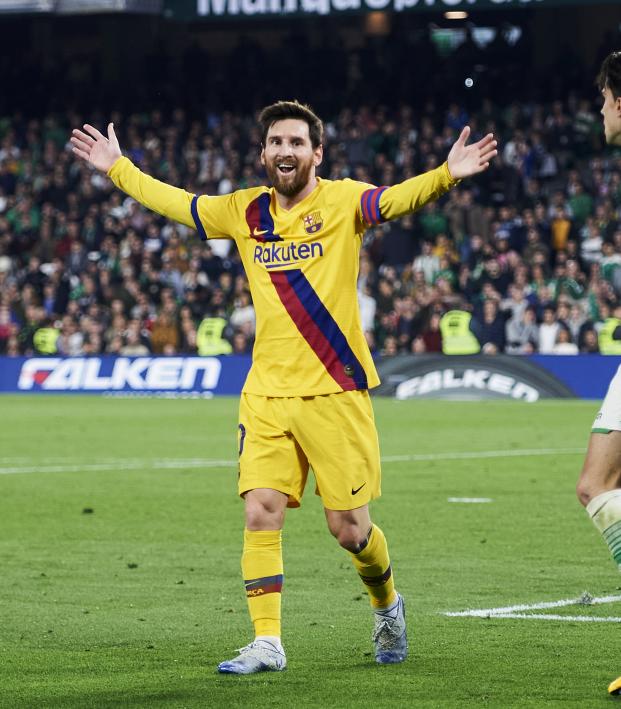 After watching Real Madrid defeat Osasuna earlier in the day, Barcelona knew it needed to escape the Benito Villamarín Stadium in Seville with a win to stay within three points of Real at the top of LaLiga. But it’s never easy against Real Betis, and Barcelona’s own fragility away from home was clear for all to see last Thursday when they were dumped out of the Copa del Rey in Bilbao.

So the alarm bells in Catalonia would’ve been ringing when the VAR correctly spotted an obvious handball from Clément Lenglet in his own area. Sergio Canales converted the penalty to give Betis a 1-0 lead in the sixth minute.

But Barcelona’s response was both quick and masterful.

Obviously unfazed by his early mistake, Lenglet played a dangerous/exquisite ball through two lines of Betis pressure. That passed released Frenkie de Jong, who drove at the backline before flicking it off to Lionel Messi.

Messi strode forward, surveyed his options and then clipped in an inch-perfect pass for De Jong after he’d continued his run through the heart of the defense.

De Jong seamlessly controlled the ball off his chest and fired home with his right foot without breaking stride. It’s perfection.

But Betis restored its lead in the 26th minute after a heavy first touch from Arturo Vidal gifted the home side possession on the break. The ball eventually made its way to the feet of Nabil Fekir, and the Frenchman punished Barça’s sloppy play with a left-footed strike from 18 yards out.

However, an incredible first half of play finished with Messi dropping in a free kick for Sergio Busquets to turn home.

The comeback was complete in the 72nd minute when Messi fluttered in another free kick, this one met with a towering header from Lenglet.

Lenglet guides a header past a slipping Robles to give the visitors the lead for the first time. 3-2, Barcelona. #RealBetisBarça pic.twitter.com/uTcK646TaR

Betis would go down to 10-men in the 76th minute when Fekir was sent off but Lenglet would quickly follow him in the 79th when given his marching orders.