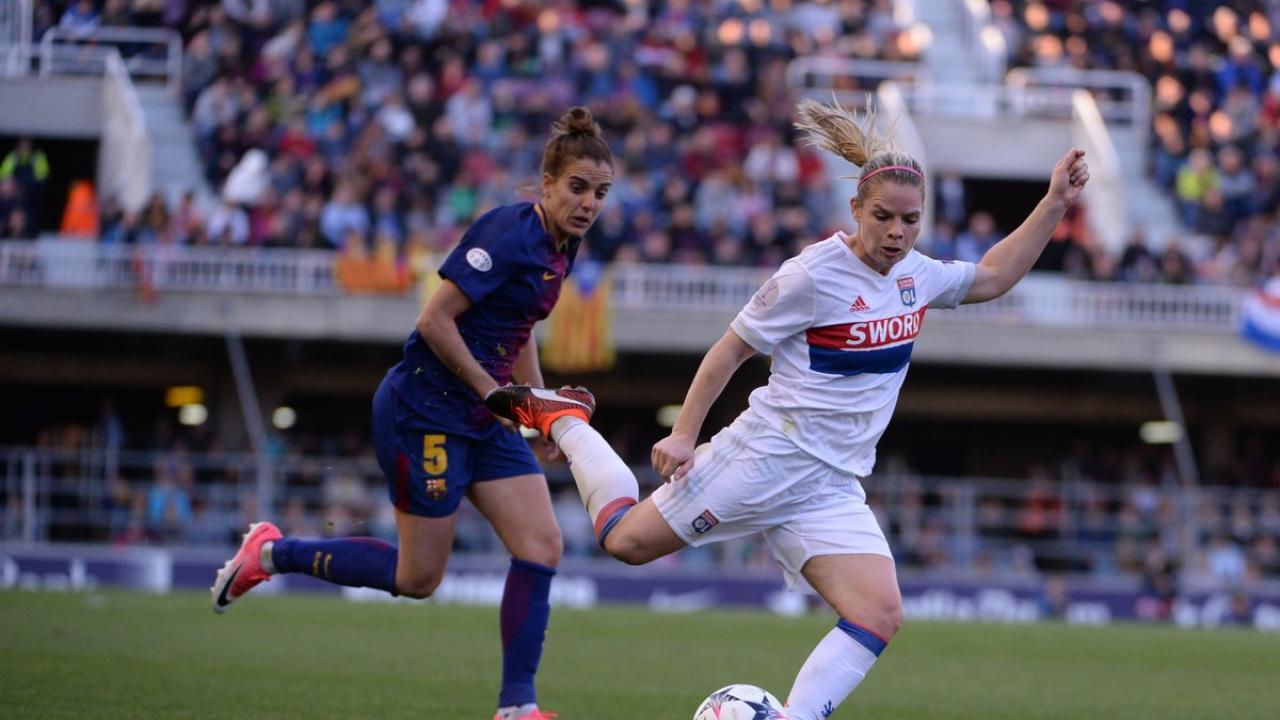 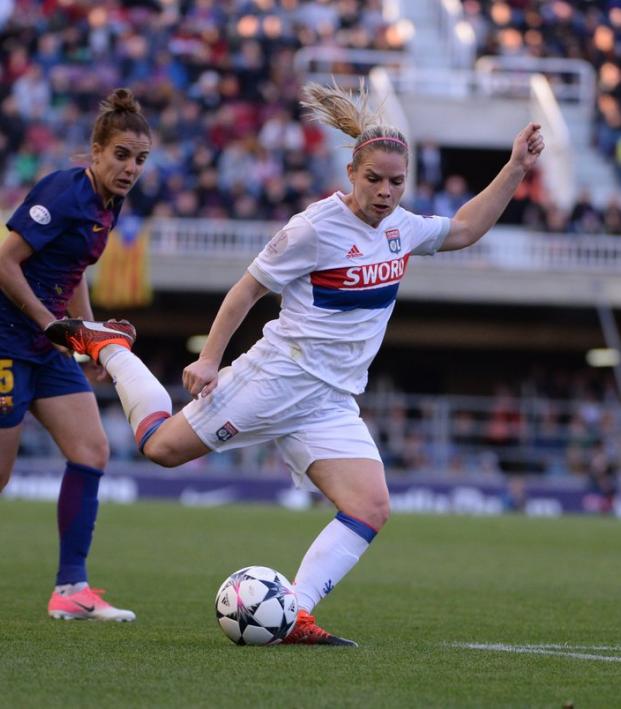 Travis Yoesting March 28, 2018
Defending champion Lyon is moving on at the expense of the world’s best player.

The Women's Champions League has a ways to go to catch up to the men’s competition in terms of stature, but the quarterfinal pairing of defending champion Lyon and FIFA Women’s Player of the Year Lieke Martens of Barcelona was every bit as enticing for fans of the women’s game as Real Madrid vs. PSG on the men’s side. While Lyon won 1-0 to advance 3-1 on aggregate, the victory was not without controversy.

Lyon, with its bevy of international super stars like Eugénie Le Sommer, Dzsenifer Marozsán, Ada Hegerberg, Amandine Henry, Wendie Renard and Morgan Brian, secured a first-leg victory last week to take into the Miniestadi in Barcelona on Wednesday. However, Patri Guijarro gave Barcelona a vital away goal, meaning a 1-0 victory would see the Spanish side advance at the expense of the winner of four of the last seven tournaments.

An enthusiastic record crowd of 12,178, which included Barcelona defender Samuel Umtiti, turned out for the massive showdown in the Women's Champions League quarterfinals in the Catalan capital.

In domestic play, Barcelona is accustomed to dominating opponents, outscoring opposition by 2.6 goals per match, more goals than the next best team (Atletico Madrid) scores in total.

However, when it comes to continental competition, Lyon reigns supreme. Only two of the last eight Women's Champions League finals have been played without Lyon, which has won the last two tournaments. Few in the world can compete with Lyon’s unchallenged success. Lyon has won the last 11 Division 1 Féminine titles, with a goal differential averaging above plus-105 in the process.

After an hour of play, Barcelona was still in the match, spurred on by the home crowd. But in the 61st minute, that all changed when Le Sommer scored a vital away goal — though not without controversy.

Le Sommer headed a corner kick from Marozsán that was deflected by Renard. The ball just about crossed the goal line before being headed out by Alexia Putellas.

At first glance it’s hard to tell if the whole ball crossed the whole line. Even the replays are unclear, but the officials gave the goal almost immediately, with the assistant referee not hesitating to indicate the ball went into the goal.

The away goal meant Barcelona had to score twice more just to force extra time. Considering Lyon had only allowed one goal in the entirety of the Women's Champions League this season, it was too much to ask, even of a club that averages three goals per match in league play.

Lyon held on for the 1-0 victory to advance to yet another appearance in the semifinals. 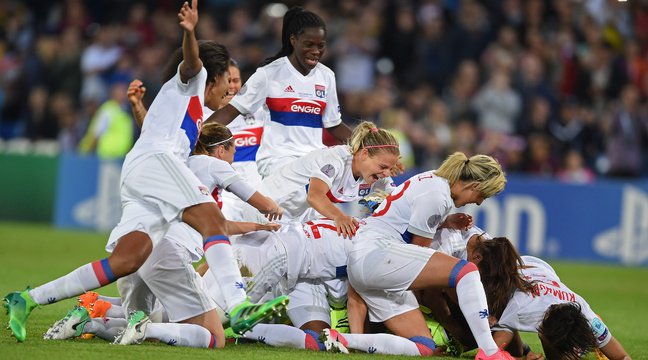 The semifinals of the Women's Champions League, which will also include Wolfsburg, Manchester City and Chelsea, will be April 21 and 28. The final is slated for May 24.